Can you escape the Rhombus of Ruin? 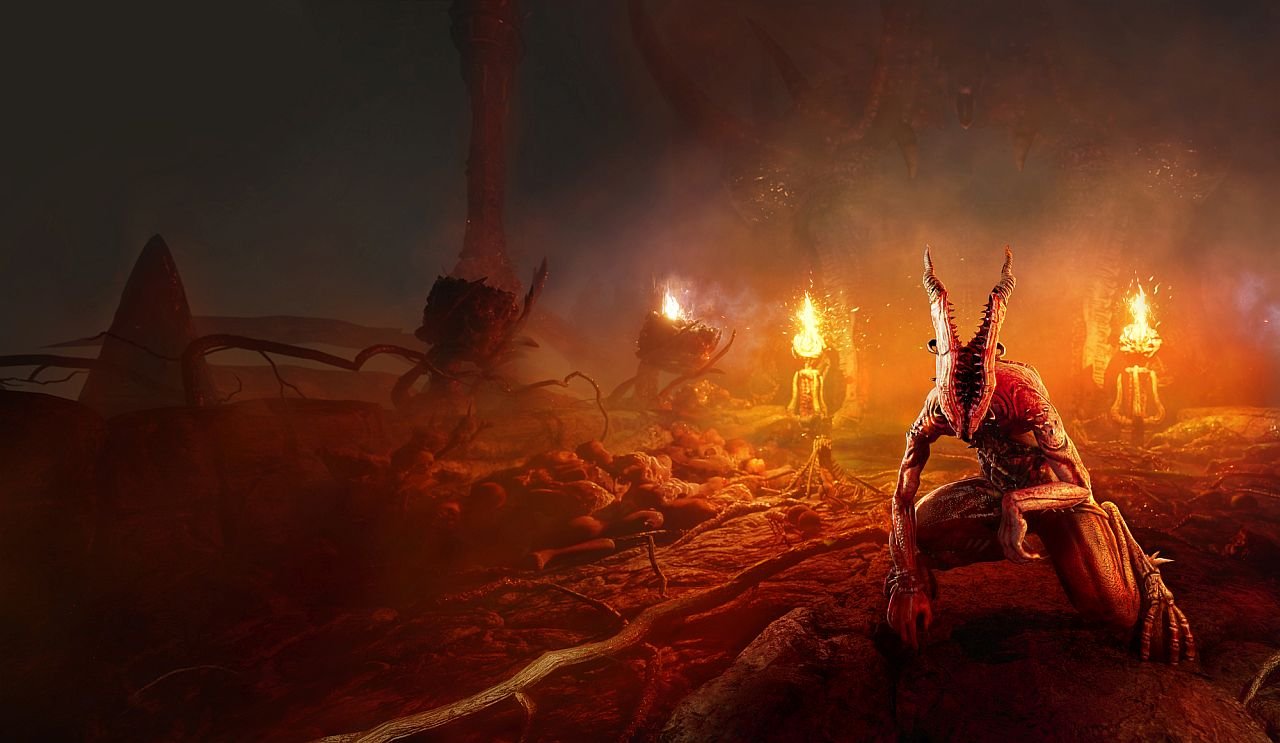 Brutal first-person horror game Agony will launch on May 29 for PlayStation 4, Xbox One and PC, but has had to trim some of its content in order to get a Mature rating from the ESRB rather than the dreaded Adults Only tag, which would make it impossible to sell on console.

Agony casts the player as the soul of a Martyr, condemned to Hell. You must fight your way across the infernal landscale to reach the Red Goddess. Along the way you can possess other demonic lifeforms, giving you access to their powers. Grotesque scenes of torture, nudity and sexuality are frequent. The developer, Madmind Studio, includes team members who worked on games as diverse as The Division and The Witcher 3.

Here's some gameplay - be warned, it's strong stuff.

The censorship news comes via an update to the game's Kickstarter backers. "In order to be able to publish the game, we had to make some compromises", says developer Madmind Studios. "Otherwise, we would have had to to delete the whole project and never release it. With that in mind, we have spent a lot of time to make sure that censorship will not affect the perception of the game. That is why for many months we have been conducting interviews with age-rating companies in order not to cut out entire scenes from the game but at the same time modify it enough (e.g. just slightly changing the camera's frame) to get an M (Mature) rating instead of AO (Adult-Only) rating."

The edited Agony will be launched on all platforms - PS4, Xbox One and PC - but only PC players will have the option of downloading a patch to restore the game to its original state.