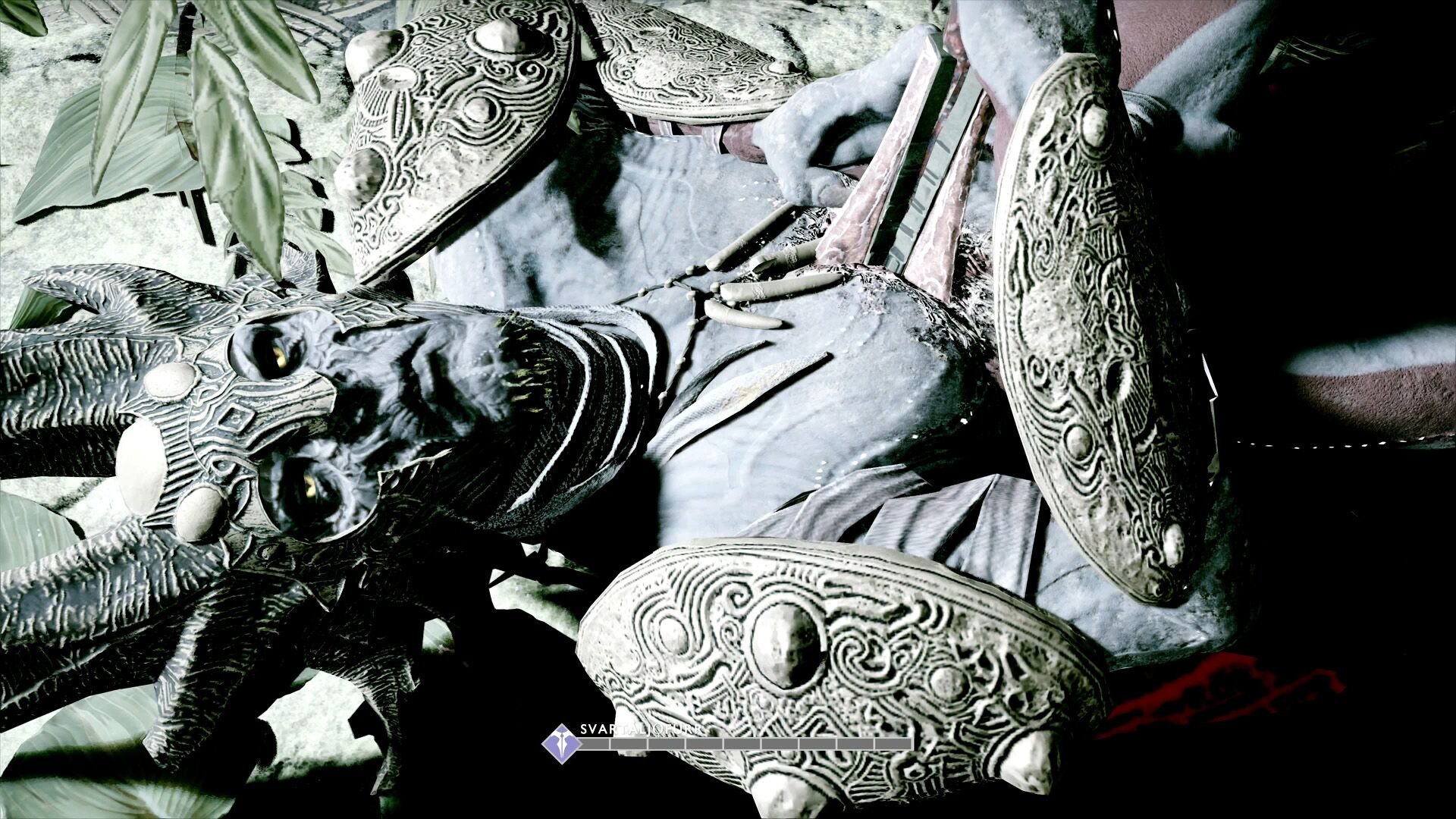 God of War boss guide: How to defeat Svartaljofurr

Hollow Knight's Lifeblood update is out, here's the changes

There's a new boss to beat!

If you’ve struggled with any of the bosses up to this point then ooh boy are you in for a whale of a time with Svartáljǫfurr. The Dark Elf King is one of the toughest enemies you’ll have faced so far, so be prepared for a real slog to bring him down. The battle is broken up into four phases based on his health bar, so we’ve split our guide to match how the fight changes in each and give you the greatest chance of besting him.

(Hold your horses now, did you already beat the Stone Ancient? If not, check our guide. Looking to start off against the first boss? Here's how to beat Daudi Kaupmadr.)

Taking on Svartáljǫfurr is no laughing matter, and he’ll come at you relentlessly from the start. The main thing to watch out for is a heavy swing attack that deals a huge amount of damage. Try to dodge this when you can, as blocking it will leave you open to further attacks. The other danger is a faster, two-stage spinning attack. He’ll start off with one spin, and then after a short delay, throw out another. You’ll want to dodge this too as shielding the first hit will cause you to be hit by the second.

Over longer ranges, Svartáljǫfurr will often use a powerful dash attack. When he rises up into the air, you’ll see a telltale flash before he dashes at you. Watch for this sign then dodge out of the way as he comes forward. If you’re hit by this attack then you’ll be blinded, which will make the whole shebang a lot more difficult. Work on your dodges and lay some damage in between each attack. Don’t forget you can also use Atreus to distract the boss and get in some extra hits.

Once you’ve knocked his health bar down to 75%, Svartáljǫfurr will throw in a triple-projectile attack to up the difficulty. Now this is where things get tricky. This move is not only unblockable, but proves pretty darned tough to dodge. Mines will be placed on the ground at the points where the projectiles land, and if you step too close to them, they’ll not only explode but set a blinded status as well. Your best bet is to dodge backwards and hold your distance as they’ll self-detonate after a few seconds. Aside from this new move, apply the same strategy as before. This fight is all about learning the attacks to dodge and going in for hits in the gaps between.

Knock Svartáljǫfurr down to 50% health and he’ll introduce a new set of attacks. From here on he’ll make use of an insanely damaging heavy uppercut as well as extending his swing attack. You’ll now need to dodge a follow-up staff slam after the swing before you can return with some hits of your own. The uppercut is a brutal move, but you’ll pretty much have to wait until you’ve seen it once before you recognise the signs and prepare to dodge/block.

The final new move is an air-dive and comes at 30% health. With the full suite at his disposal, Svartáljǫfurr is a truly formidable opponent. The key to winning this fight is to make sure you avoid any of the blinding attacks while you hammer away at the boss.

Keep using your Runic abilities to interrupt attacks and make use of Atreus as a distraction when possible. It’s undeniably tough going, but you’ll get a real sense of satisfaction when you finally make it through. After the lengthy, memorable fight, the Dark Elf King will finally fall and you’ll be able to claim your reward of a sweet cutscene and a trove of goodies to collect.

Phew! Thankfully, the next big fight is back to the comfortable realm of Troll-town where you’ll take on Járn Fótr - here's our guide.