Croteam are bringing Sam back. 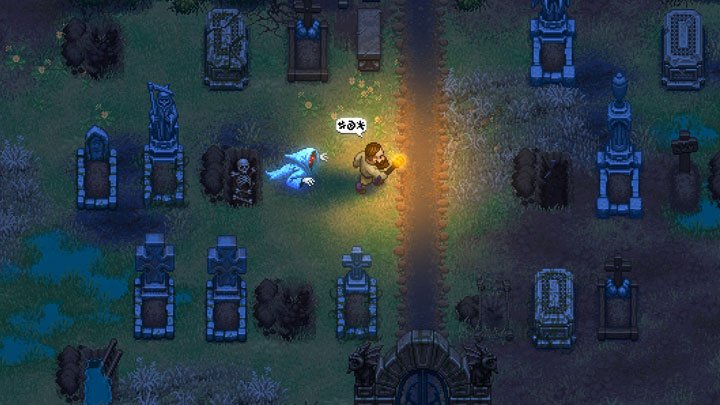 Indie developer Lazy Bear Games has released a trailer for its next game, and it looks darkly delightful. It's Graveyard Keeper, a medieval management simulation with a cadaverous twist.

You're in charge of a cemetery, and must turn it into a thriving business. You'll not only need to take charge of making space for all the dead bodies, expanding your boundaries as neccesary, but also atrract more custom by throwing "witch-burning festivals" and coming up with other ways to scare villagers into religion, so that their remains come to you when they die.

You'll be able to develop crops, gather and craft resources and talk to the locals in a Stardew Valley style. Most of all, the priority is to "do whatever it takes" to get rich. "Do you really want to spend money on that proper hotdog meat for the festival," asks Lazy Bear, "when you have so many resources lying around?"

It all seems both ridiculously charming and horrifically evil, an intriguing combination. Graveyard Keeper will launch later this year for PC and Xbox One.