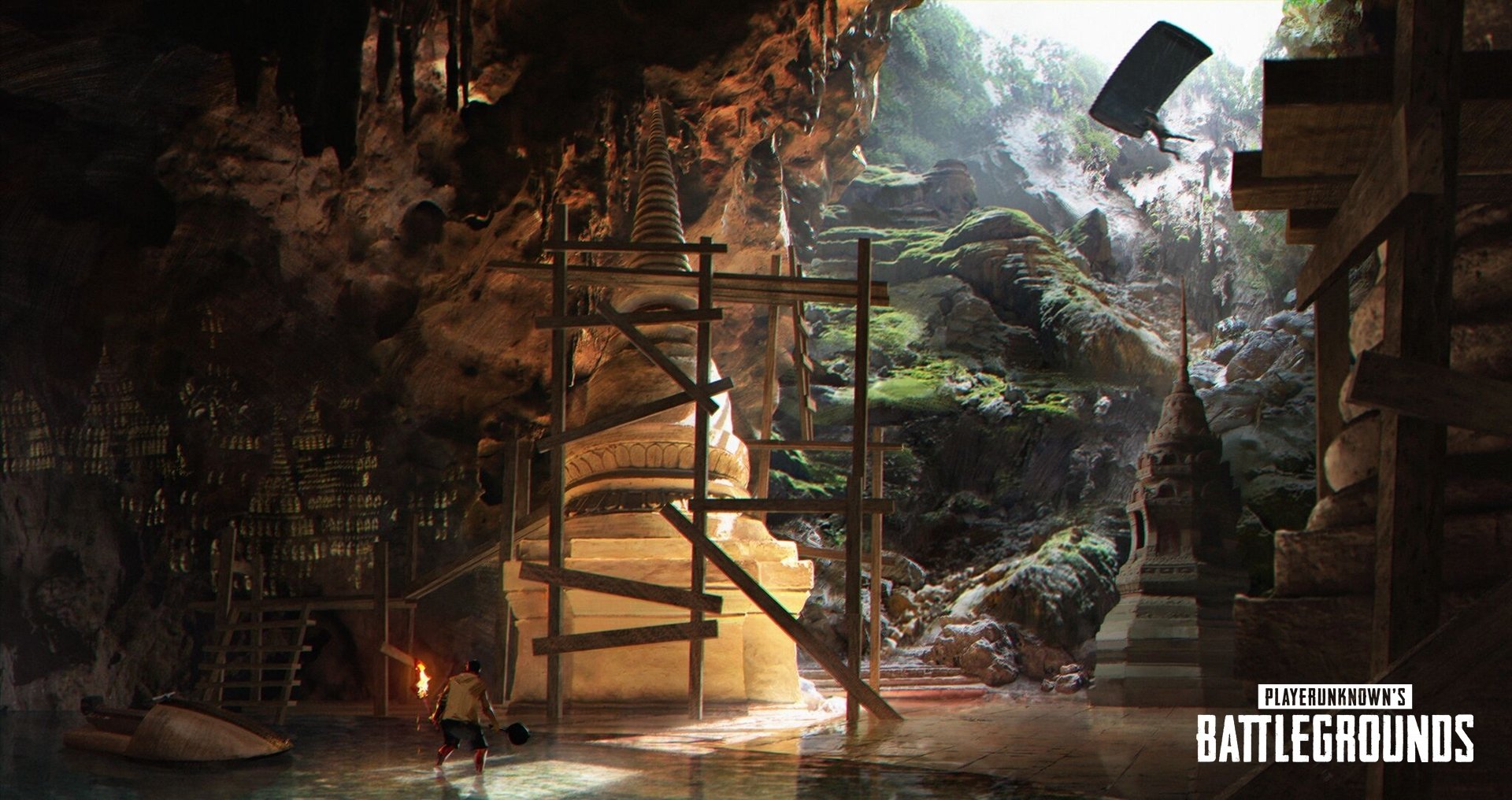 PUBG Corp recently detailed the inspiration for the upcoming 4x4 Codename: Savage map along with plans for its future, including a rather cool underground cave.

Detailed in a Steam Community post, the update on the map’s progression talks about the team’s recent trip to Thailand and how they’re using natural cave formations for inspiration.

Based on the Phraya Nakhon Cave, the team want to introduce a large hole in the centre of the island, allowing players to parachute into it from the game’s start, landing underground before branching out towards different exits.

“How’d you like to drop from the plane and try to hit a hole like this?” The post reads. “That’d be badass right? That’s exactly what we were thinking, which is why we’re working on an underground cave system with plenty methods of escape.”

Concept art of the planned landing zone shows how it would look from above, with a simple map of the three exits that players could make their way out from. It’s certainly a cool idea, and emphasises just how much PUBG Corp wants to make sure this new map differs from the existing two.

Along those lines, the post also concludes by teasing the inclusion of unique weapons and vehicles to the map such as the three-wheeled Tuk Tuk. We’d honestly love to tear around the small island in a packed three-seater, and it sounds like these will be arriving in future tests as development progresses, with the studio keen to get player feedback on each stage of development.

“You’ve heard us talk about open development a few times, but what does that really mean? For Codename: Savage it means we’re going to be building the map as you guys play it. We have months of work left to do; beyond refining the experience and making changes that impact balance, we also plan to add new vehicles, new weapons, and most exciting in our eyes are the new areas that we think will set this map apart from our first two.”

Bring on the Tuk Tuk!