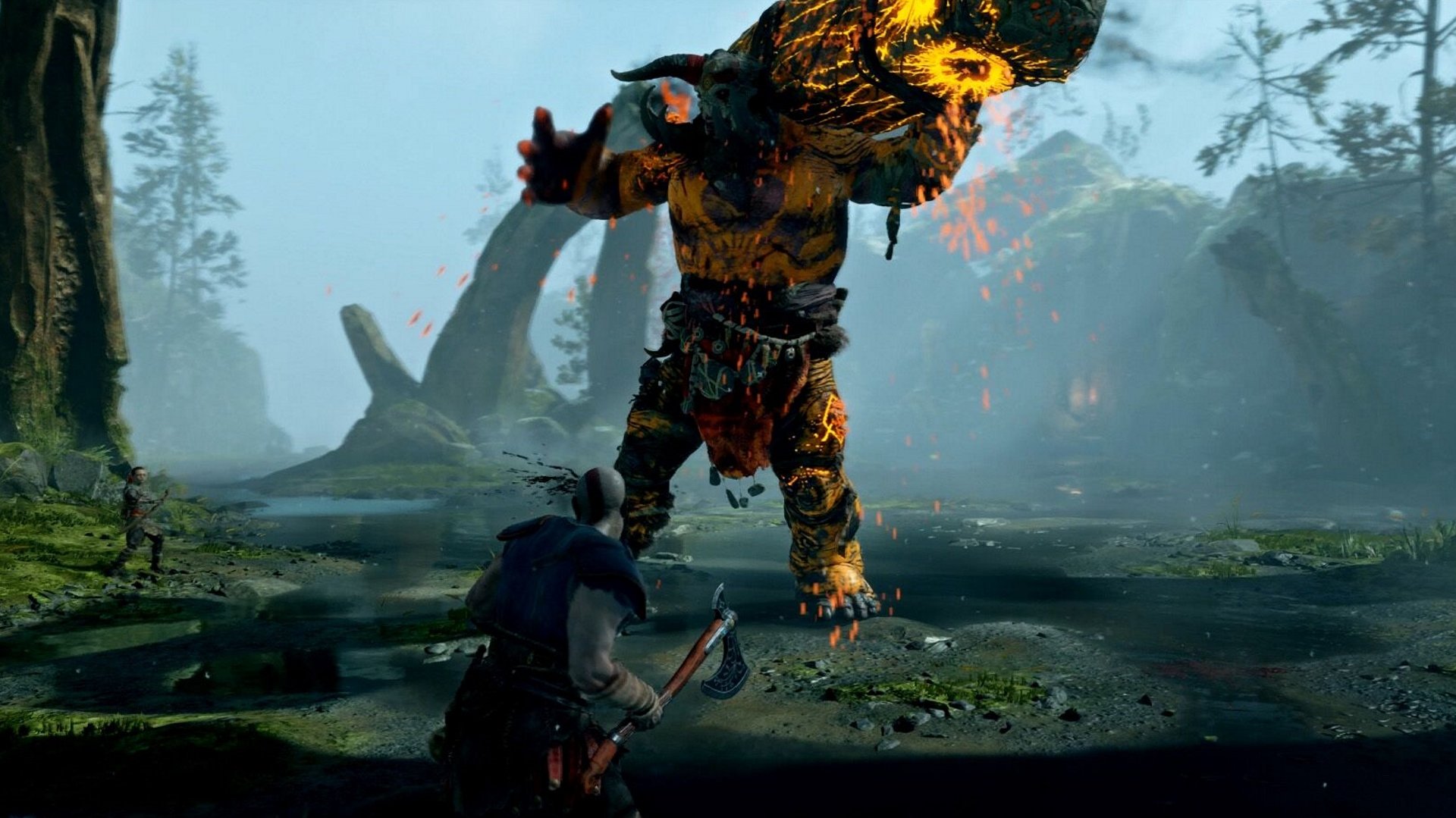 God of War boss guide: How to defeat Brenna Daudi

But where's that meteor?

You’ll encounter the Brenna Daudi during God of War’s second chapter, Path to the Mountain. After solving a puzzle in true Kratos style (throwing your axe at stuff) Kratos and Atreus will pass through an impressively large gate, enter a cave and, following a brief walk, find themself engaged with this ogre-like figure.

(Looking for help on an earlier battle? Here's how you can best Chapter 1's the Stranger boss fight.)

How to beat Brenna Daudi

The Brenna Daudi boss fight is a lot like the Dauoi Kuapmaor battle you faced in the game’s first chapter — that is to say it’s another large man swinging a big ol’ club at you. Brenna has a few more tools at its disposal however and you can expect to see four primary attacks in this fight. Keep an eye out and you’ll easily spot the telltale animation queues for a stomp, a fire throw, a battering ram, and a smash attack. They’re all very slow, making them fairly easy to dodge, so keep your distance until you’ve learned the patterns for each. More than anything, this fight is a test of patience.

If you’re willing to cheese it with the Leviathan Axe throw from range, Brenna Daudi is actually one of the easiest boss fights in the game, but that not exactly in the spirit of Kratos now is it? If you’re willing to get your axe stuck in, make sure you’re ready to dodge too. Evade each slow attack the boss throws out then dish your own damage back in return. Don’t forget to make use of your Spartan Rage ability as that’ll let cleave off a hefty block of damage in a quick burst. That’s really all there is to it, so rinse and repeat until he falls. Once you’re done, make sure you grab the Heavy Runic Attack, two pieces of Soft Svartalfheim Steel and wad of Hacksilver (around 2900) from where you downed your foe.

The next chapter in God of War is entirely free of Boss Fights, so we’ll catch you when you’re ready to take on the big baddies of Chapter 4 - The Light of Alfheim.