God of War boss guide: How to defeat Daudi Kaupmadr 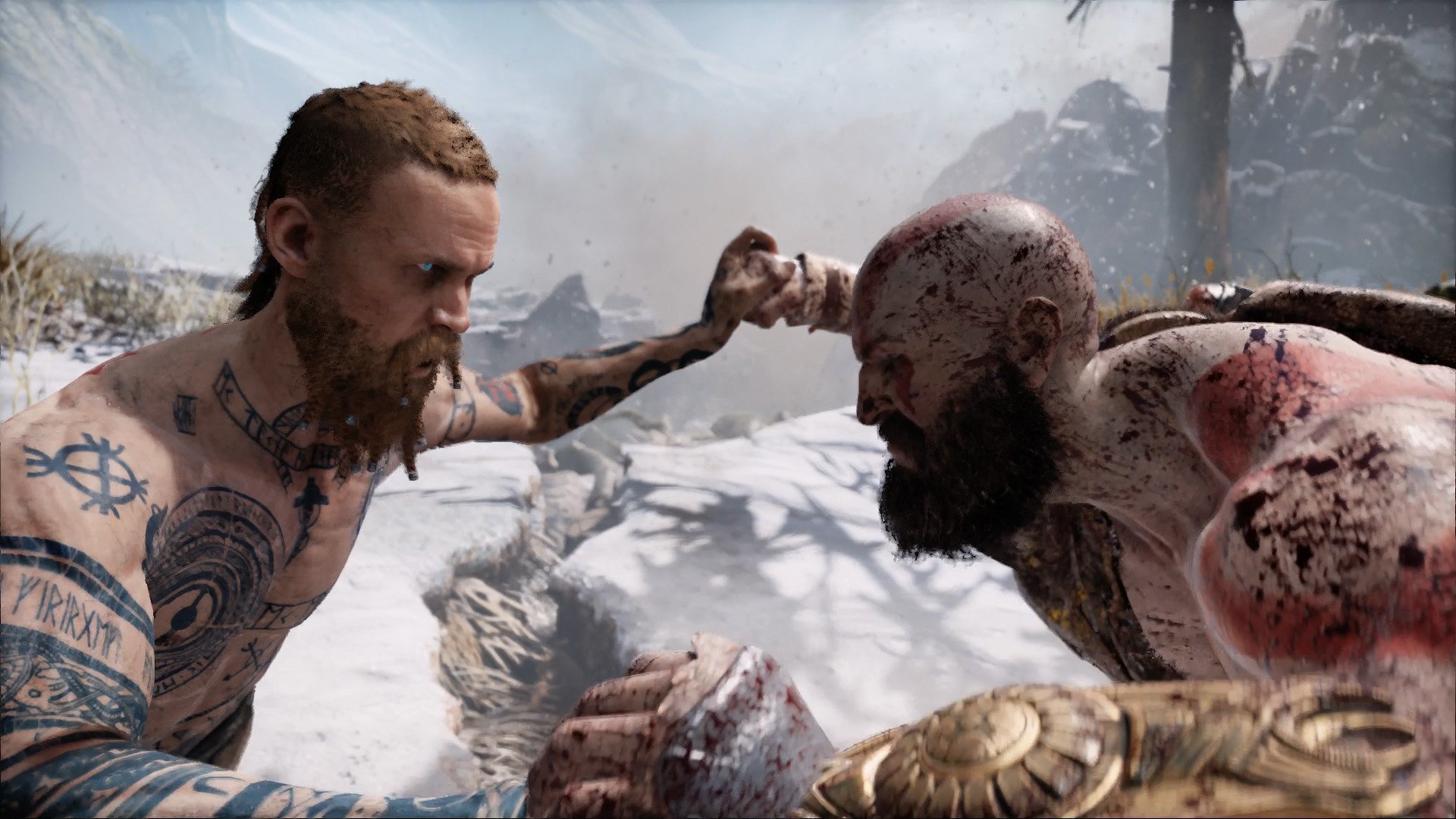 God of War boss guide: How to defeat Brenna Daudi

It's another big fella with a club. Here's how you beat God of War's Chapter 2 boss.

Not all the bosses you face in God of War will be hulking brutes. Some, such as The Stranger, will challenge Kratos to do more than just match them blow for crushing blow.

You'll see that The Stranger's health bar is split into five. You need to reduce it to zero to move the battle on to the next stage, when his health will refill. There are three stages to the battle.

How to beat The Stranger

For the initial phase of the battle, The Stranger relies on two attacks. One is a ranged attack that sends a force wave rattling through the earth towards you. This always shoots in a straight line, so is easily dodged once you know what to look out for. He will also attack with flurries of punches. You'll need to block these, and retaliate with close attacks of your own to start inflicting damage. We're still early in the game, and this part of the fight is basically teaching you that patience is needed to see you through tougher fights. Stay on your toes, chip away at him whenever you can, and prepare for round two.

Once The Stranger has had his health worn down, it will recharge but Kratos also gets a surprise of his own: Spartan Rage. This is the first time you get to enjoy this cathartic explosion of power in the new game, so make good use of it. Dodge his attacks and get in fast with combos of light and heavy attacks. You're aiming to demolish as much of his health as possible before that rage runs out.

A brief cutscene heralds the final phase of this epic struggle. The Stranger, his health recharged once again, will now augment his previous attacks. He'll feint to either side as he approaches for a melee attack, forcing you to shift your reaction patterns. He'll also strike the ground for an area-of-effect quake attack. Let him get some range, and he'll leap at you causing heavy damage when he lands. This is more about learning how to dodge and counter, so take the time to study these new attacks, learn how to spot the signs that tell you which one he's about to unleash, and get out of the way. Then, when you have an opening, just get in there with your axe and dish out some punishment of your own. Keep your cool, don't rush in, and you'll wear him down.

That, ultimately, is what this fight is about. The Stranger shows you that you need to fight smart as well as hard. Start the battle with that in mind and it will be much easier to handle.

Once you've downed the stranger, your next boss won't be until Chapter 2. Here's how you can take on the beefy Brenna Daudi.