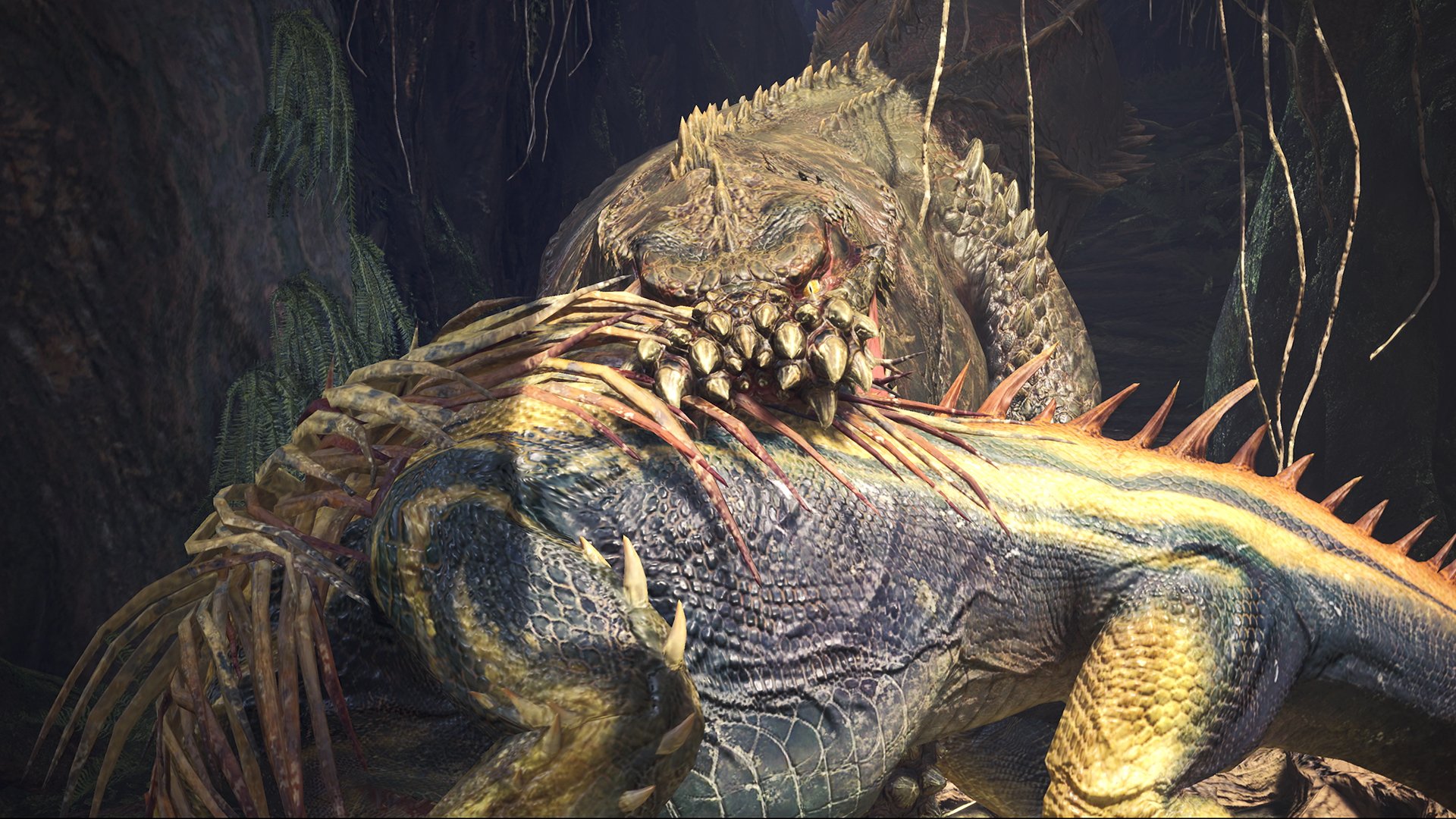 The Monster Hunter franchise has always been very subtle about its lore and is often easy to miss, especially when you're busy hunting Wyverns the size of skyscrapers. After all, crafting deadly weapons and awesome-looking armor is what makes the series so addictive. However, underneath the jolly cooperation of these action-packed hunts lies a dark history that’s steeped in bitter conflict. Delving into the depths of Monster Hunter lore certainly doesn't paint a pretty picture, but it does give us a tantalising look at how humanity has survived alongside these man-eating behemoths. Join us as we delve into the lesser-known areas of the series and shed some light onto Monster Hunter lore and the dark history of the series.

The Ancient Civilization was a once thriving civilization made up of Wyverians and other races that thrived under an advanced technological society. Though this civilization mysteriously disappeared long before our own hunters set out on their behemoth hunting expeditions, many forgotten ruins and relics from the past still remain. These crumbling ruins usually contain secrets about long-forgotten weapons, as well as valuable knowledge on the deadly Elder Dragons that pose a threat to humanity’s existence. While the details surrounding the Ancient Civilization are scarce, we do know that they had technological advances far beyond any civilisations to date. For example, they created The Tower, the Cloud Viewing Fortress and the ludicrously powerful Dragonator. These examples are not only monstrous in their designs, they also speak volumes about how prosperous this civilisation once was, especially when compared to the struggling hunting communities of the present day.

The Ancient Civilization was well-known for using monsters in building their gigantic towers, conducting experiments, and creating advanced weaponry. These monolithic structures were made from Elder Dragons like Kushala Daora, but their creation came at a bloody price. Large numbers of the Wyvern population were culled in order to build them, while others were imprisoned and forced to guard the secrets that lay within their depths. Most of these weapons have long since perished along with their creators, but some can be found impaled in, or on the bodies of Elder Dragons like the Lao-Shan Lung. Meanwhile, weapon schematics and Worn/Rusted gear can also be found and usually have superior properties when compared to their modern day counterparts. Despite finding these long lost remnants, we still know very little about the secrets this civilisation once knew.

Driven by a never-ending lust for power and technological advancement, the Ancient Civilization sought to create life itself. The first new life form they made was the Equal Dragon Weapon, also known as the Wyvern Machine Soldier, a deadly bioweapon that required over 30 mature dragons to be slain in order to create just one gigantic entity. These blood-soaked machines boasted the might equal to any living Elder Dragon, and they were designed to constantly hunt and seek out new prey. The more blood they shed, the longer these hideous reanimated corpses would live. The balance of nature was already at breaking point before the ‘forbidden act’ experiments, but these biological monstrosities shattered it entirely.

Judging by Monster Hunter World’s balanced ecosystem, it’s strange to think that these deadly Wyverns were at one point helpless beasts that were treated as nothing more than over-glorified livestock. However, when you combine an incredibly powerful civilisation and give them access to a machine that has a ravaging thirst for slaughter, things become even more troubling. As a result, the dragons grew increasingly disgusted by their kind being treated like cattle and they plotted their revenge.

It’s important to understand that the various Elder Dragons that inhabit the regions of Monster Hunter’s world aren’t pea-brained giants. In fact, they are sentient beings that can bring about the destruction of whole cities or empires if they choose to. However, due to the Ancient Civilization’s mass slaughter of various Elder Dragons and Flying Wyverns, these godlike beasts decided to punish the very civilisation that hunted them by destroying humanity itself. Soon a long and bloody war between man and dragon spread around the world, leaving behind only death and destruction.

Not much is known about this conflict, but it was said to be so devastating that it completely eradicated the Ancient Civilization, while also nearly bringing about the extinction of the very dragons that fought to break away from their suffering. Humanity would later rebuild itself from the ashes, but the hunters of today know very little about their world’s tragic past. Instead, they learn through the various references and ancient texts left behind. These relics often depict teachings about the various Elder Dragons that inhabit the land, while the surviving weaponry is used, but in a responsible way that doesn’t upset the natural balance of the world.

While most of the Ancient Civilization’s horrific technology and biological exploits have long been forgotten, there is an Elder Dragon that is said to remember humanities dark history. Known as the Evil Dragon, the Fatalis bears a strong hatred towards human life and is driven by the blood-soaked past of its fallen brethren. In a short period of time, Fatalis can bring about the mass destruction of any civilizations it wishes to destroy, while also killing any Wyverns that stand in its way. To make matters worse, Fatalis also copied the Ancient Civilization's horrific experiments for its own use, though instead of using dragon corpses, it used humans instead. Yes that’s right, Fatalis would literally melt the bodies of fallen civilians, and hunters, and meld them onto its body so it could wear their carcases like they once wore its kin.

Even in death, this Elder Dragon still has an unyielding hatred towards humanity and is depicted in the various armor descriptions. For example, one torso description states “the longer you use it, the more you feel the armor's spirit take control of you,” while the Dragonhide X helm “recalls the howl of Fatalis, and even its user may die from the fright of memories.” You know something’s bad when the very armor that’s meant to provide protection is actively working against the user, but it demonstrates just how even the Fatalis’ spirit is still haunted by the atrocities it witnessed all those centuries ago. Monster Hunter lore may not be as in your face as the monsters you hunt, but it’s just as frightening.