Erangel or Miramar? It's your choice now. 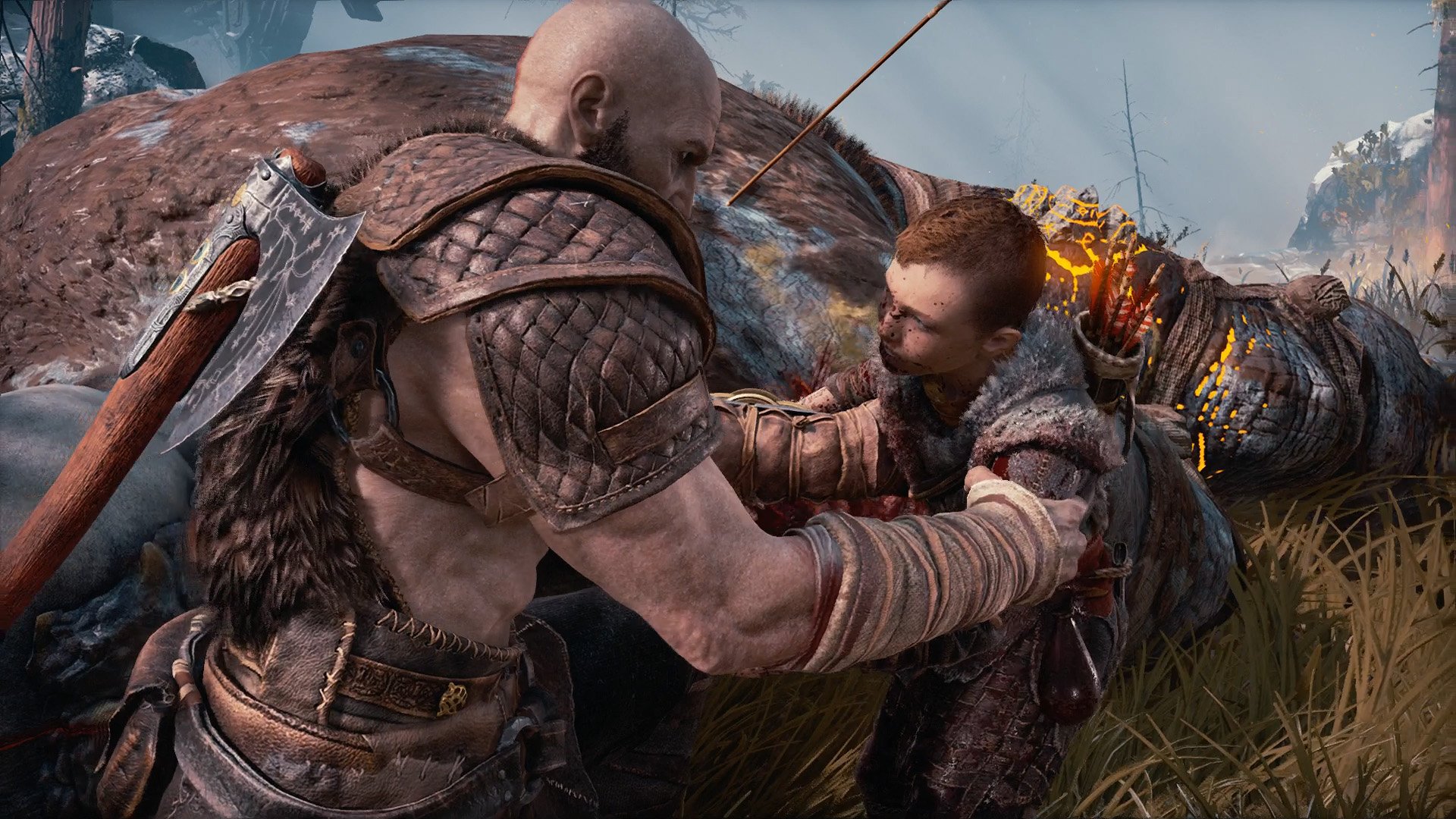 God of War boss guide: How to defeat Daudi Kaupmadr

The setting may have swapped from Greek sands to Norse forests, but there's one thing you can always rely on in a God of War game: boss fights, and lots of 'em. That's definitely the case with the latest entry in this blood-soaked saga, but we've got the tactics you need to make short work of even the most fearsome foe.

Daudi Kaupmadr will be your first boss encounter of the game, and shouldn't give seasoned players too much trouble. That doesn't mean this fight doesn't introduce you to some useful strategies that will serve you well in the adventure ahead.

How to beat Daudi Kaupmadr

Daudi Kaupmadr uses two basic attacks; a vertical log slam and a swinging radial attack. Both are telegraphed pretty clearly so you can tell when he's building up to one or the other. Use your evasive roll to avoid the attacks, then get back in close and deal damage using Light and Strong attacks at every opportunity. Don't be afraid to use your Healthstones to keep Kratos alive if he takes punishment, but if the close quarters action is proving too tough get some distance and throw your Leviathan axe at him instead. You can recall this weapon to your hand, allowing you to dodge and throw multiple times. You can, if you're feeling lazy, beat him just by spamming these ranged attacks.

Speaking of which, this battle is also your introduction to the combat capabilities of Atreus, son of Kratos. Atreus will use his bow to deal damage from afar, and he's able to shoot up to three arrows before a cooldown period kicks in. You can track his arrow use at the bottom right of the screen. You press the Square button to have Atreus fire his bow, but you can be more precise by using L2 to tell him which enemies to target. Doing this will distract enemies, giving Kratos much needed breathing room.

Once you've reduced Daudi Kaupmadr's health by about half, he'll get even more angry and change his attack patterns. There's actually a marker on his health bar that will let you know when this is coming, so pay attention! In this newly furious mode, he intensified his existing attacks, smashing and swinging his log weapon repeatedly. He'll also start stamping on the ground if Kratos spends too long up close. Here's where you really need to master the roll-in, roll-out method of attack.

Again, ranged axe throwing is easier than whittling him down with melee attacks, but it's up to you how much challenge you want to face. Mastering these skills this early in the game is highly recommended, however. When you see some of the titans you'll be battling later, you'll be glad of the practise!

Finally, once Daudi Kaupmadr has been sufficiently tenderized by Kratos' pummeling blows, watch for the on-screen prompt and press R3 to finish him off in typically restrained God of War fashion. That's one boss down...

As you might expect from God of War, your boss fighting days are over and it won't be long before you're tussling with the game's next boss, The Stranger. Here's our guide to God of War's second boss fight to ensure you've got the upper hand. Go gettem, Kratos!