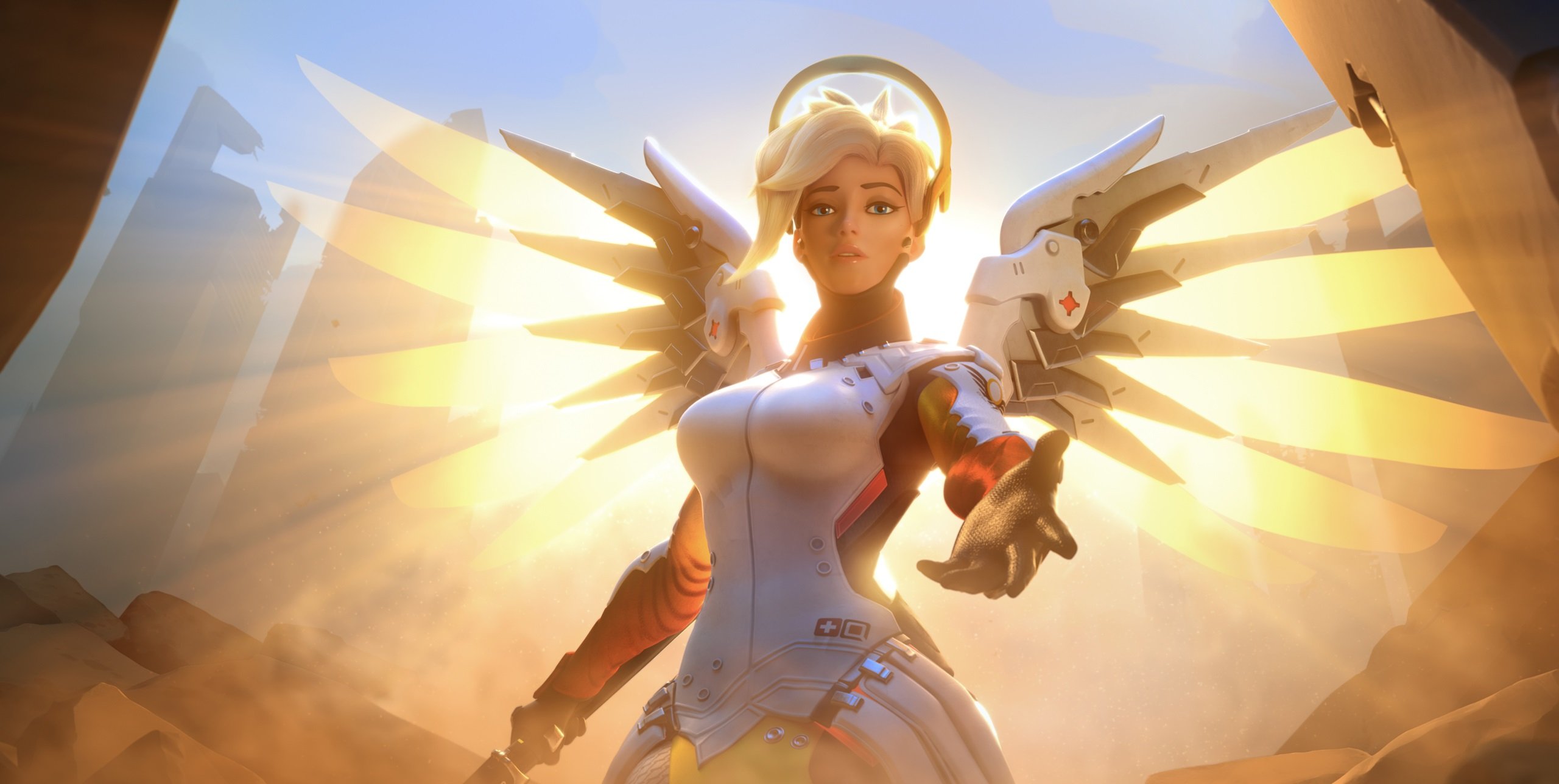 Overwatch’s new Retribution PvE mode has delivered fans with one of the deepest lore-themed events we’ve seen from Blizzard’s hero-based FPS. However, this new mode is an exception to Overwatch’s minimal in-game storytelling rule. Overwatch breaks free from conventional video game narrative methods and instead relies on a number of non-game media and various character interactions to build meaningful interactions.

This passive approach to storytelling is what keeps Overwatch’s characters and wider world so fresh, while also being loose enough that it can freely shift and change. In fact, Overwatch doesn’t require players to know a single thing about the game’s lore to enjoy the tense team-based action it presents. With the recent Retribution mode proving popular among players, we decided to take a look at how Blizzard’s hero shooter builds meaningful lore through passive storytelling.

The appeal of being able to log in for a couple of quick games and not having to worry about being up to date with the game's latest characters and backstories is certainly refreshing, especially when modern gaming demands more and more of our time and attention. You don’t need to know about the Omnic Crisis or Soldier: 76’s heroic exploits to enjoy Overwatch, but you’ll certainly hear about them whenever you log in for a round of payload pushing. The only in-game material that relates to the game’s lore occurs when certain characters are in a match together, or when they are picked on specific maps. For example, Reaper has various interactions with Widowmaker and he’ll acknowledge one of their previous missions, to which Widow replies “Let's hope it goes better than the time at the museum.” This may seem like a throwaway reference, but it actually provides players with a brief insight into one of their most infamous encounters – namely the one shown in the game’s first cinematic trailer.

Meanwhile, map-specific interactions help make each level feel interconnected to the game’s wider story, especially when we’re given little hints about the current climate of the world these characters live in. When D.Va is picked on Eichenwalde, King's Row or Volskaya Industries, she’ll say “the destruction caused by the omnics here... It reminds me of home.” This line alone instantly tells players that the world of Overwatch is unstable and often volatile. While these character interactions happen infrequently, hearing the various conversations between both friend, foe, and map really adds to game’s wider story. These interactions not only serve to make Overwatch’s characters more believable, they also serve to deepen the ever-evolving narrative Blizzard is creating.

Due to Overwatch’s nature as a solely multiplayer experience, it doesn’t have the luxury of displaying in-game cutscenes, or various character specific missions. However, what it does have, though, are high-production value cinematic trailers and animated shorts. These Pixar-style videos not only give us a much deeper look into an individual character’s past, they also invariably tease upcoming content, modes, events, and new heroes. Last year’s Reinhardt animated short not only delivered an emotional look back at the cheerful tank’s origins, it also showcased the latest hero (Brigitte) before she was released on the Overwatch servers earlier this year. While each trailer constantly expands upon the game’s characters and their various exploits, it’s the flexible nature of the lore that allows Blizzard to easily add new and exciting tales without omitting and reworking past narratives – an area other multiplayer focused games have struggled with.

Riot Games’ ever-popular MOBA, League of Legends has famously had to rework its lore and champion backstories to fit in with its current narrative direction, while Blizzard has managed to veer safely away from potential narrative hiccups. This largely thanks to their passive approach to storytelling, which not only ensures that every new hero fits into Overwatch’s world seamlessly, it also leaves a lot of the game’s lore open to fan speculation and interpretation. By ditching in-game cutscenes and character-specific missions, Blizzard is safe to expand upon Overwatch’s roster without the fear of trampling all over its past foundations.

Releasing cinematic trailers and animated shorts allows Blizzard to deepen the subtle character interactions we see in-game, while also shining the spotlight on lesser-known events like Blackwatch’s role and the mysteries that surround more covert areas of Overwatch’s history. You only have to look at the viewer figures on these videos to see just how popular they are amongst players and their standalone nature makes them digestible to a non-gaming audience. For example, the Bastion animated short has no dialogue or facial expressions, but it successfully manages to tell us about this nature-loving robot’s past and present in just seven minutes. Meanwhile, turning the game’s most hated character into one of its most loveable is equally impressive.

Blizzard’s decision to not include a traditional campaign or story mode has led them to opt for transmedia storytelling. While cinematic trailers and animated shorts show off some fantastic visual experiences, it’s the digital comics and articles that often allow us to take a step further into certain character relationships and get a glimpse of their overall motives. From the beginning, Overwatch has strived to create a rich fictional universe and with the help of Dark Horse Comics, they’ve been able to publish several short stories that focus on character diversity. While most issues choose to focus on the gunslinging action of heroes like McCree and the villainous crimes of Junkrat and Roadhog, there have been those that look at aspects of character sexuality and their background.

In Reflections, the character Tracer is portrayed in a same-sex relationship, making her the first Overwatch character to be confirmed canonically LGBT, while in “A Better World,” Symmetra describes herself as being on the autistic spectrum. These comics not only offer in-depth stories featuring our favorite Overwatch heroes and villains, they also feature sensitive character background that are best presented in a comic book format over the throwaway, fast-paced environment of its game world.

In fact, because such a large amount of Overwatch’s characterization and lore elements happen outside of the game, fans don’t need to even play the game to feel invested in its world. The barebones nature of Overwatch’s storytelling makes it appealing to a much wider audience than most multiplayer-focused and even story-based games. Even though there are plenty of animated shorts, digital comics, and in-game interactions, there’s still a lot of tales that have been left untold. We don’t know where Blizzard’s narrative will end up taking us, but it’s sure to be filled with plenty of surprises.