When world building happens outside the world you play in. 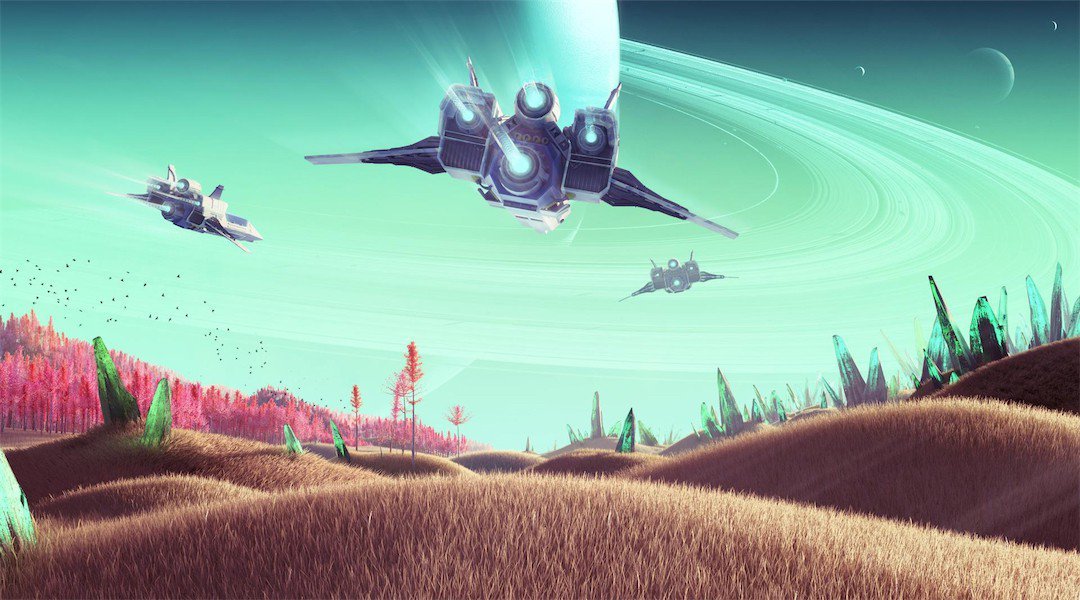 Did the No Man's Sky Xbox One release date just leak?

'Could you please stop trying to hire away my team?'

We've known for some time that infinite exploration game No Man's Sky is coming to Xbox One, having launched for PlayStation 4 and PC back in 2016. Now, thanks to a rogue listing on Amazon Italy, spotted by IGN, we may have a firmer release date than just "Summer 2018".

According to this swiftly removed listing, the game will launch for Xbox One on June 29.

That would also seem to put a pretty firm date on the launch of the game's next major free update, appropriately called NEXT, as the Xbox One version has been confirmed to launch with all previous updates - Foundation, Pathfinder and Atlas Rises - plus the NEXT expansion.

"We called our upcoming update 'NEXT', because it’s an important next step on a longer journey for us and the community," said Hello Games' boss Sean Murray last month. "It will be our biggest update so far, and something we’ve been working ridiculously hard on. This will be free to existing players, and we’ll continue to support No Man’s Sky in this way for the foreseeable future."

There's still no word on what NEXT will add to the game, but previous updates have brought land vehicles, base building, alien assistants and over 30 hours of new story content to No Man's Sky.