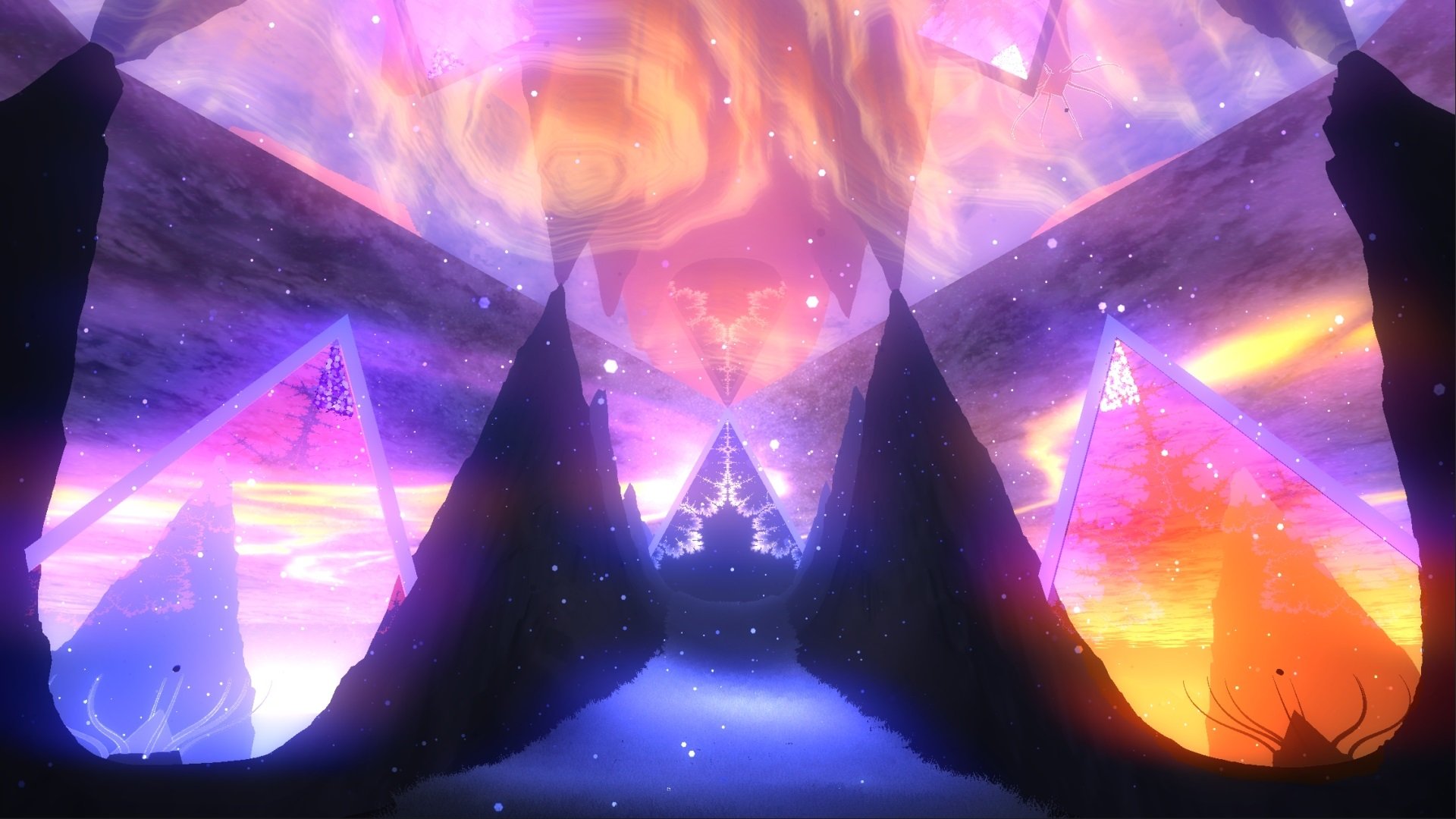 Every Saturday, studios and individuals the world over take to Twitter to share images and videos of their games in development as part of #ScreenshotSaturday. It’s a fantastic celebration of how widespread and varied game creation has become, not to mention a great way to keep an eye on upcoming gems or spot incredible artwork. Collected below are some of the coolest stills, gifs and videos from this weekend which we’ve gathered for your perusal pleasure. Pigeons, portals and battles through the sky? This week’s games are the stuff of legends.

For my first #screenshotsaturday, let me introduce you to some of my furry and feathered friends pic.twitter.com/A09czByCQu

We’d encourage anyone developing a game to get involved with Screenshot Saturday, but rarely does a first showcase look as good as It’s Paper Guy. Co-developed by six Master's students at the Cnam-Enjmin university, the game uses a gorgeous, hand-drawn aesthetic, with players able to cut through the wafer-thin scenery on the cheery Paper Guy’s stage. It’s Paper Guy!’s Twitter account only started up in April, and so far all we know is that the game is about ‘cutting paper and stuff.’ The art has us intrigued however, and we’re looking forward to seeing more of the chipper little fella’s world before the planned June release.

So I live in this paper world full of cuteness, and I must say, it’s really fun to cut everything around!  pic.twitter.com/dk9PljSejL

Highfleet is a 2D, airship survival game with unreasonably satisfying missile animations. Circling each other through smoggy clouds, ships launch volleys of gunfire across skies clogged by ship trails and flak rounds. Highfleet’s battles are spectacular, and the mid-flight, anti-missile defence system shown off this week is nothing short of a beauty to behold. Developer Konstantin Koshutin is no stranger to unwieldy air battles, having previously released physics-based, airship melee battler, Hammerfight.

Highfleet will let the player modularly design their own ship, choosing a balance between the swift maneuverability of a lightly-armored smaller craft, and the heavy armaments and defences of a large-scale warship. A smaller craft may be nippy enough to dodge heat-seeking missiles, but won’t stand up to punishment from even a stray round from a larger cannon. There’s no release date yet, but Konstantin gives us a good explanation of combat in the video below (you’ll want to turn on subtitles unless you understand Russian).

Added a shimmer effect in Desolus to show when objects exist in the opposite dimension! #gamedev #screenshotsaturday pic.twitter.com/lXDlH9IbHk

Desolus is a mind-bending puzzler in the vein of Antichamber and the Witness. Exploring a land torn between two dimensions, the player is able to travel through gates between each space, manipulating singularities in the linked worlds to solve puzzles. Stunningly gorgeous, the game is also accompanied by a solemn classical piano score.

Desolus looks to be the type of game best enjoyed with minimal prior knowledge, and as such we eagerly await discovering its linked worlds for ourselves when it finally reaches release (no date as of yet, we’re afraid). Better yet, there’s even a VR version in the works to really bring the vivid landscape to life.

Ever wondered what DOOM or Wolfenstein would be like if set in the legends of old? What do you mean no? Looking beyond someone of your limited imagination, Arthurian Legends gives us exactly that, letting you punch and chop your way through knights, saxons and even skeletons in brutally old-school fashion.

Fending off the Saxon invasion, Arthur must contend with dark magic, facing down all manner of ungodly beasts along the way. Just like in the legends of Arthur Pendragon, you’ll be able to blow your enemies into giblets with medieval grenades before booting their heads like a soccer ball. Planned for a 2018 release, the game’s website promises three chapters in which you’ll be able to “Punch enemies to death or throw an axe in their face.” There’s also a handy mailing list to help you keep up to date with development.

Coo, the open-access of modern game development sure is a beautiful thing. Indie gaming has given us delightful experiences across a range of genres, and finally pigeon-feeding has made it onto that list. In A Park And Pigeons your aim is to fill the insatiable belly of the northern hemisphere’s most famous (or infamous) city bird. As any successful park pigeon will confirm, you need to be quick off the mark to gobble down the lion’s share of scattered seeds, and you’d best be prepared to even go so far as a quick flutter of the wings if a tasty looking donut falls to the floor or, gods forbid, a dog makes an appearance.

If the feeding bar at the top the screen ever drops to zero then it’s game over and every pigeon will abandon the grounds, presumably because your pigeon is a real trendsetter and encourages the whole herd to move on (pigeons have herds, right?). It’s a simple premise, but an entertaining take on the wave survival genre. The longer you last, the more pigeons and other birds will start clogging up the feeding ground. Honestly, we’ll probably pick it up just for the soothing sound of pigeons cooing. A Park And Pigeons is currently in development for iOS and Android, but we don’t have a release date as of yet.