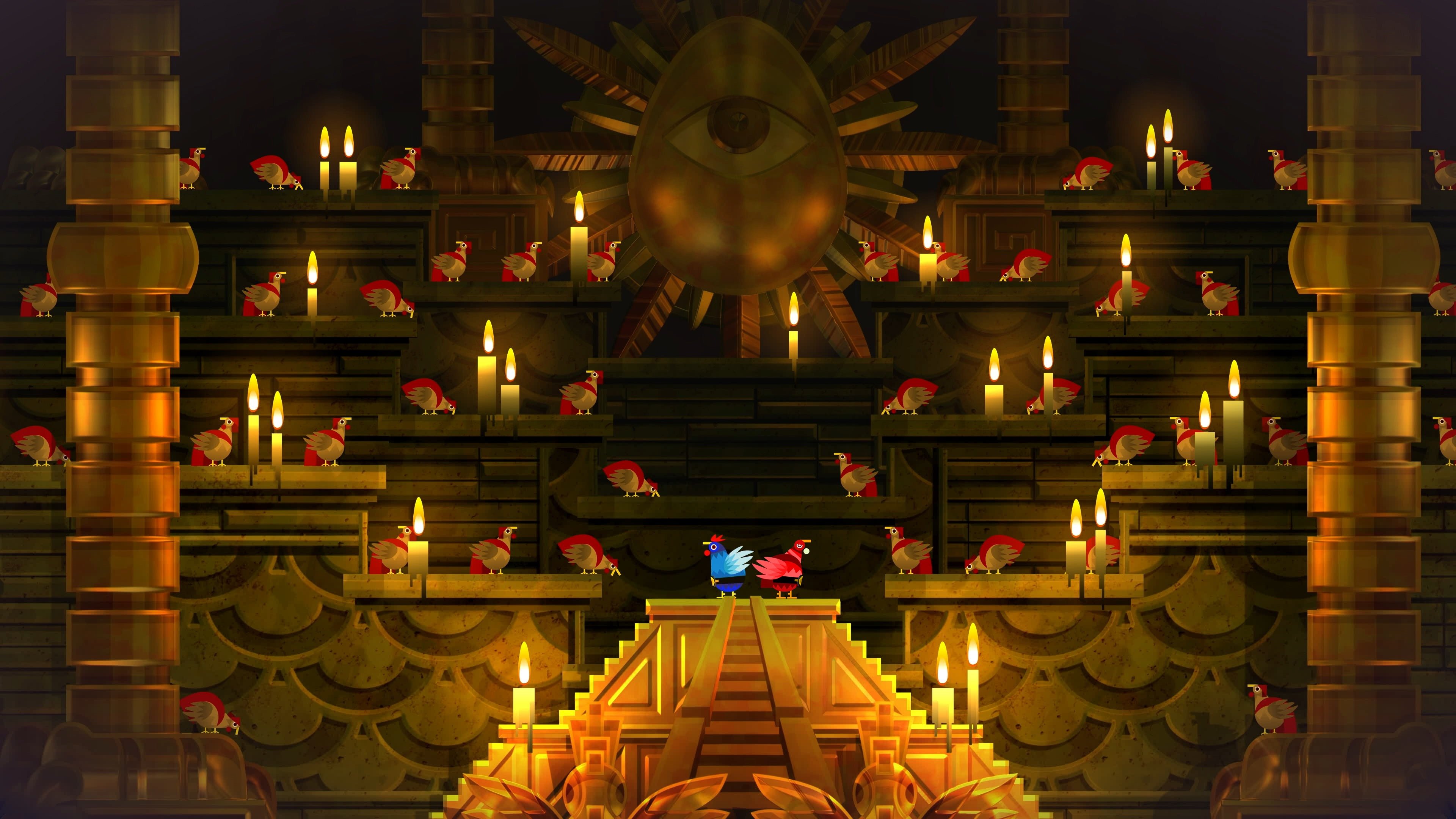 Can Guacamelee! 2 recapture the magic of the original 5 years on?

Has it really been five years? We remember the arrival of Guacamelee! like it was yesterday. Just like the first time we saw Spider-Man, or heard Nirvana. It was a crystal clear moment – instantly, you knew that this was special, in a way that felt strangely personal.

Out of the blue, one of our PR contacts says they have this thing called Guacamelee!, which is a kind of hilarious Mexican wrestling effort, hard to explain, so we just had to play it for ourselves. This is a cute PR trick – not the Mexican wrestling part, the we-might-seriously-have-no-clue trap – that, because the weather was so nice, we decided to go along with.

Life hands you these breaks, so make the most of ’em!

In no particular order of magnitude, things that appeared most striking about Guacamelee!, apparent within minutes if not seconds, were: the glorious art-style, heart-stirring synth-mariachi vibes, a sharp line in humor, authentic top-notch 1990s gameplay, and chickens. This game was instantly wonderful, to the point where we almost felt angry that our PR guy hadn’t been busting down our door with a truck that had Guacamelee! painted on the side. Also fireworks. What if we had missed this? But, anyway, thank you so much. (Tsch!)

Above all else, the warmth and sincerity of DrinkBox Studios’ Día de los Muertos-inspired Metroid-like epic immediately shone through. The love that had gone into Guacamelee! may just have been imagined, but we looked into it and sure enough, the idea started with Mexican-born Concept Lead at DrinkBox, Augusto Quijano, that celebrated the role of Luchadores as protectors against the forces of evil, with a strong focus on their elaborate wrestling style. Other ideas said to have been pitched in from the studio were Ikaruga-like dimensional shifts, with structure based on Nintendo’s early 2D Metroid platform games.

Guacamelee! is a masterclass in balance. The Mexican world of the dead theme allows for the dimension-shifting trick to introduce a mind-melting, instantaneous switch mechanic that players need to visualize in order to navigate many sections at the speed of thought. Gameplay is a seamless blend of melee combat and ‘platforming’ action; mastering new combos and being sure-footed are equally essential to succeed. Perfecting all of it is a joy, owing to a finely-polished difficulty curve that suffers few horrendous spikes.

Quijano spoke at GDC 2014 about Guacamelee!’s marvellous art style, asking “how does one turn a country's heritage into a game world?” ‘The Art of Making Guacamelee! - From Folklore to Finish’ is still available to watch via GDCvault.com, lasting just short of an hour.

It is hard to separate the visual appeal from the whole package, as everything that works in Guacamelee! feels so intimately linked. However, it’s the action that keeps players hooked, and DrinkBox managed to nail the classic Metroid progression structure, including the map that is endlessly scrutinized in order to reveal every shadowy corner. It gradually dawns on you that our “agave boy” hero, Juan Aguacate, has a huge task ahead, which is reassuring in terms of value, but daunting in terms of how long it can hold our undivided attention. The short answer to the last part of that equation is that Guacamelee! simply never gets boring. It’s one of those games that draws you into collecting all the Achievements or Trophies as though life itself depends on it, with a wonderful secret ending reserved for completionists.

When it’s okay to turn chicken

Saving the day, or rather the beautiful "El Presidente's Daughter”, in Guacamelee! is one of those rare occasions that strikes as a genuine accomplishment – satisfying from a storyline perspective, as well appreciating the insane skills of which your fingers are now capable, having walked an electrifying tightrope between the Worlds of the Living and the Dead.

Almost every move has relevance as a puzzle solving tool, skeleton-busting weapon and as a means to clamber, tumble or fly at speed. Juan can combine Rooster Uppercut with Olmec's Headbutt, followed by Frog Slam into Dashing Derpderp. He can Goat Climb, Goat Fly, and take on Pollo Power. Guacamelee! still holds the Guinness World Record for the “Largest combo goal in a side-scrolling beat-’em-up”, requiring no fewer than 200 successive hits.

It became obvious throughout the year following Guacamelee!’s release that DrinkBox had ideas to spare, fuelling two DLC packs comprising trial stages and a new area ‘El Infierno’, culminating in Guacamelee!: Super Turbo Championship Edition, which added new levels, bosses and powers on top of everything else that had gone before. Still, the last we heard from Juan was July 2014. It’s high time we saw the sequel, and thankfully it’s coming.

Guacamelee! 2 was announced for PlayStation 4, ahead of the PlayStation Experience 2017, and this month was confirmed for PC release via Steam. It promises drop-in 4-player local co-op, signalling the introduction of new heroes to accompany Juan and, possibly, Tostada. Hands-on reports from PSX spoke of more ingenious environmental hazards, and even more peculiar dimensional shifts that can redirect combos on the fly. Indeed, the central theme is a threat to “the very fabric of space and time”, arriving seven years from where we left off.

With April representing the fifth anniversary of Guacamelee!, we’d like to think that news of a solid release date for the successor is imminent. In the meantime, if you are yet to savor the riches of Juan’s endeavours, and have become convinced that all those auto-runners on your mobile are the future, we strongly suggest heading over to the Steam, Microsoft Store, or PlayStation Store and return to post your sincere thanks in the comments below later.