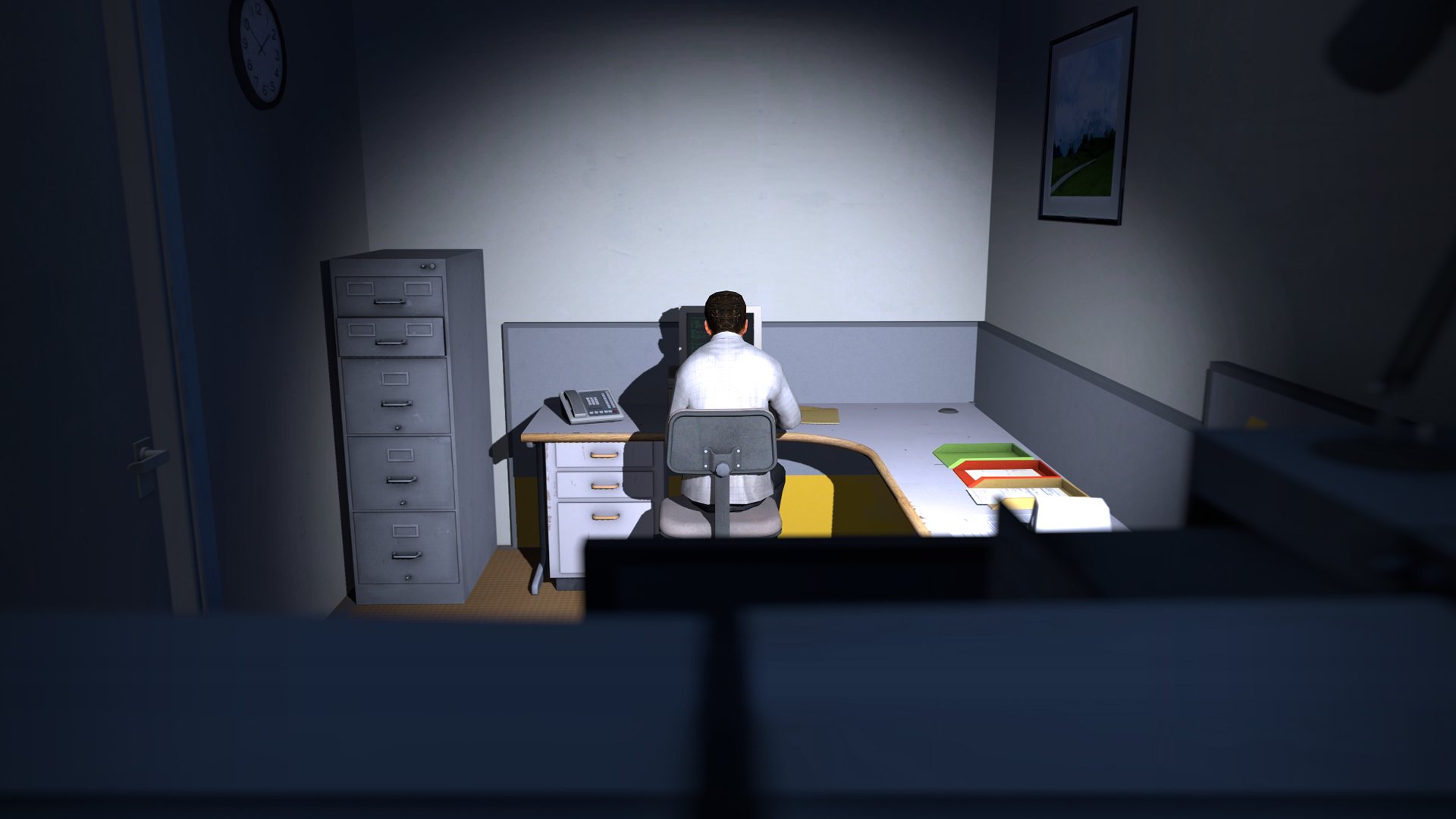 With immersive titles such as The Last of Us, and emotionally absorbing scenes going back to the earliest years of Final Fantasy, video games have successfully made us forget that we are the ones holding the controller. Modern games developers have pushed as far away as possible from the days where we were conscious of a machine and a handful of buttons. For as long as anyone can remember, we’ve had our fourth wall – this barrier between us and the events transpiring on the TV. We have been lulled into this false sense of security.

In movies and theatre, the term ‘breaking the fourth wall’ refers to when the performance – on screen, or on stage – acknowledges its audience, either by having actors speak to them directly or by some other means, e.g. actors running down the aisles. With games, since so many of them still provide instructions regarding button-prompts and so on, the amusing or sometimes chilling effect of breaking the fourth wall is harder to achieve. However, designers have become extraordinarily good at it.

There are many more examples out there than the ones selected below, some games are entirely an exercise in breaking the fourth wall – not all of them successful (we’re looking at you ‘Eat Lead: The Return of Matt Hazard’). Often it’s through the tutorial sections, which Sony’s first-party teams on PlayStation became clever at, in games that include Ape Escape, Crash Bandicoot, and Spyro. Sometimes it’s only an instance, as with the moment we meet Game Freak in Pokémon at their office in Celadon City. Well, here’s our pick of the best:

Ubisoft’s present-day narrative stooge Desmond Miles wasn’t everyone’s favourite, though we did enjoy the revelations that his story enabled. When Ezio encounters Minerva at the end of Assassin’s Creed 2, it’s as if we are part of the Animus – the advanced, DNA-driven virtual reality contraption that allows users to visit the ancient past. Minerva turns toward the screen, addressing Desmond, but we chill when she holds our gaze and says “Listen…”

Nintendo getting away with everyth-ink

When revealing the battle stages in Splatoon on Wii U, news presenters Callie and Marie pause at the point where they reach Moray Towers for some surprising commentary. “It’s so foggy, I can’t see the ground!,” says Callie. “That’s called draw distance! Er… It’s smog. *cough*,” responds her apologetic buddy. Meanwhile, also on Wii U, Super Smash Bros. 4 has a fun exchange between the characters from Kid Icarus, Pit and Palutena. Upon spying the heroine from another iconic series, Pit cries, “Oh look. There’s Metroid!” To which his companion replies, “That’s not a Metroid. That’s Samus!” “Just like Link isn’t named Zelda.”

Ashamed by Spec Ops: The Line

Yager Development’s acclaimed military shooter from 2012 makes us consider our actions seriously. We know that the missions become questionable, but when the loading screens start to display messages that take us to task for our participation, it’s very uncomfortable. One reads: “The US military does not condone the killing of unarmed combatants. But this isn't real, so why should you care?”

The fun’s over for Tomb Raider fans

By the time Tomb Raider 2 arrived on PlayStation, Lara Croft had appeared on the cover of lifestyle magazines, and was talked about by the general public as a symbol of girl power. She was still, unashamedly, an avatar boasting an unfeasible physique, but the team at Core Design knew that the joke was on the player. The closing scene of Tomb Raider 2 shows Lara Croft preparing to take a shower. Just as she is about to disrobe, Ms Croft turns toward the camera and scolds, “Don’t you think you’ve seen enough?” Then shotguns the screen black.

Rocksteady Games’ 2009 epic Batman: Arkham Asylum features several sections in which Scarecrow messes with our nocturnal hero’s mind. One unexpected highlight occurs when the game appears to have crashed, locking up the console before rebooting. It genuinely seems as though we have been taken right back to the beginning, but something isn’t quite right…

The Chosen One on censorship

During one conversation in Black Isle Studios’ Fallout 2, the Chosen One discusses the population of Vault City with one of its inhabitants. One observation is especially on point, regarding censorship in certain territories around the late-1990s. “Oh well, I thought there weren’t any children because this might be the European version of Fallout 2,” he says.

Hideo Kojima includes makes many references to player involvement, at least the likelihood that his lead protagonists are somehow puppets within a greater game. Of course we have to include the Psycho Mantis from Metal Gear Solid, in which the gas-masked ghoul begins examining the player’s Memory Card (no hard-drives or cloud saves in 1998, guys), calling out specific titles for which the player has files. Psycho Mantis also uses his mind to move the DualShock controller around the floor or table in front of the player, who obediently lays it down. In fact, it’s just the game making the thing rumble and vibrate.

Another favorite is when, during Metal Gear Solid 2: Sons of Liberty, Colonel Campbell appears to lose his mind, informing a butt-naked Raiden that "This is a type of role-playing game”, and, “you play out your part -- and I expect you to turn in a perfect performance!” A short while later, the Colonel orders, “Raiden, turn the game console off right now!”, “The mission is a failure! Cut the power right now!”, “Don’t worry, it’s a game! It’s a game just like usual!” We go along with this, half-knowing Raiden is being addressed. The punchline, however, is when we hear the audio cue, and see the message [sic] “Fission Mailed”.

These examples are very special, because of their emotional impact. We once found it hard to continue a conversation about Nintendo’s Super NES RPG, Earthbound, when it got to the ending especially. The player must pray for the defeat of Gygas, and is personally named in the list of heroes doing the same thing. Only we would be powerful enough to defeat evil.

The Stanley Parable is entirely an exercise in breaking The Fourth Wall, being incredibly sinister in some ways, at one stage we are begged to turn off the game in order to win. Earlier, we have control taken away while Stanley is haunted by something terrible. The narrator meanwhile berates the player for wanting control. “If you want to throw my story off track, you’re going to have to do much better than that.” Spook!

Lastly, Toby Fox’s beguiling Undertale makes us care very deeply about the avatars whose lives are in our hands… before asking us to slaughter all of them. Only because it is possible.

And on that happy note we shall bid you directly, the reader, farewell! Let us know your favorite fourth wall breakages in the comments below.