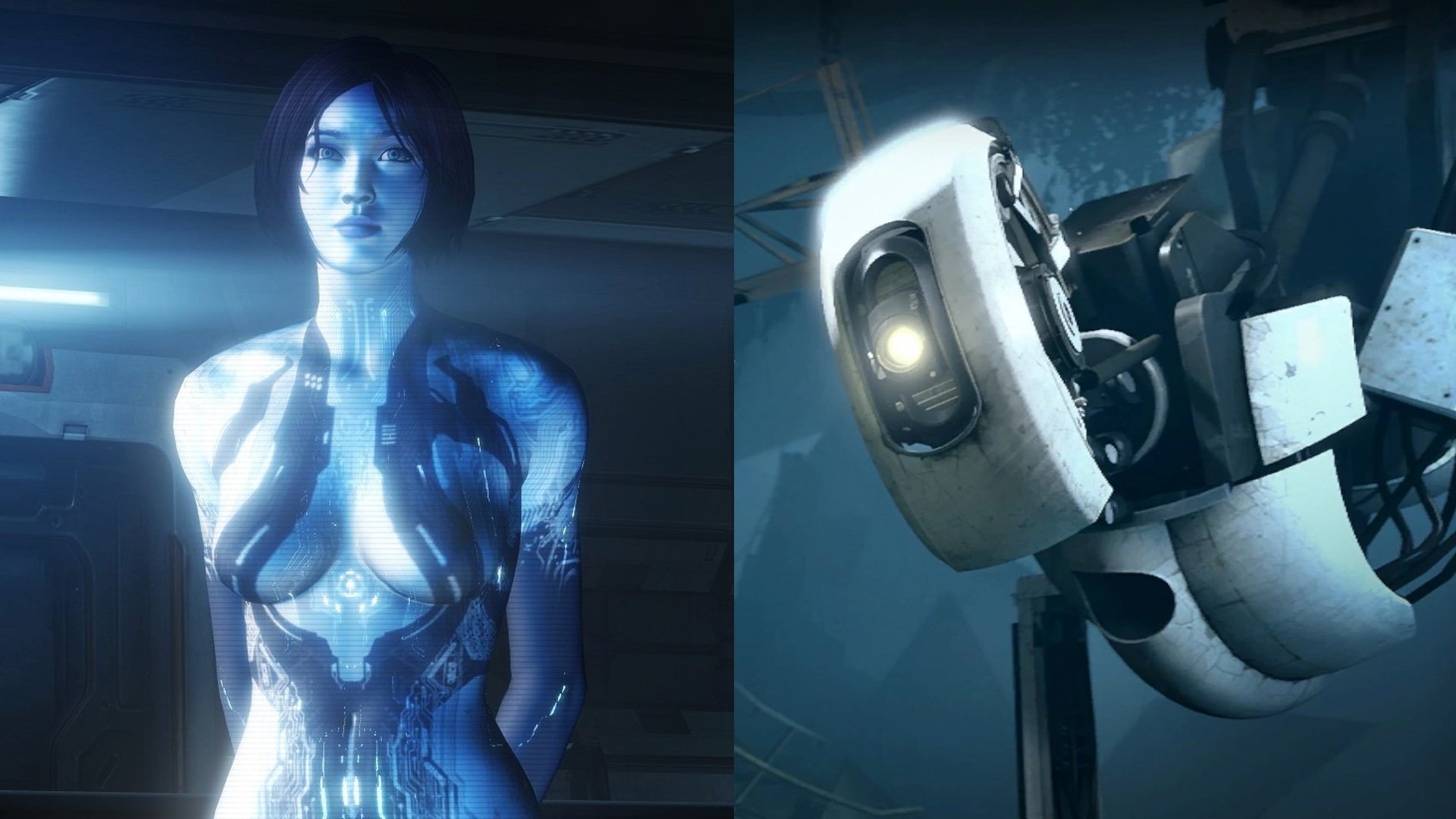 From Alien vs Predator and Super Smash Bros to Freddy vs Jason and the current obsession with comic book ensemble movies, pop culture is no stranger to crossovers. But while it's nice to see Superman popping up in Tencent's mobile MOBA, Arena of Valor, and of course the famous Yoda/Darth Vader cameo in Soulcalibur IV was pretty rad, there are still some battles you will simply never see. Clearly we have too much time on our hands, because we've come up with a handful of dream face-offs and then spent hours contemplating how they would pan out. Here are our findings. This is a real job.

Background: Master Chief's AI companion Cortana was a mainstay of the Halo series for a long time. (To be honest she may still be - we just haven't bothered to play Halo 5 to find out.) And her ability to help humanity cling onto existence against seemingly insurmountable odds, generally by telling Master Chief where to go next and what to shoot at, has become legend. GLaDOS, on the other hand, is the psychotic AI responsible for administering Aperture Science experiments involving portals. Both spend their days ordering people from A to B, in other words, albeit for fairly different reasons.

The fight: At first blush this one looks quite tough to call, as both entities are largely incorporeal digital essences. When you start to consider how they are housed, however, it begins to look like a mismatch. Cortana may appear to Master Chief as a translucent sci-fi lady, but in physical terms she is a jumped-up memory card that sits in the back of his helmet. GLaDOS, on the other hand, exists in a mainframe with electronic tendrils dug in across a vast underground science fortress.

Cortana could probably beat the rather more unhinged GLaDOS in a software-based encounter, but without Master Chief to plug her into something, she's a bit stuck. GLaDOS, on the other hand, has all sorts of robot arms with claws and zappers she can call upon, even if you deem her tripod-based talking machineguns inadmissible. Tough times for Cortana, then, as GLaDOS crushes her like a fist on a biscuit.