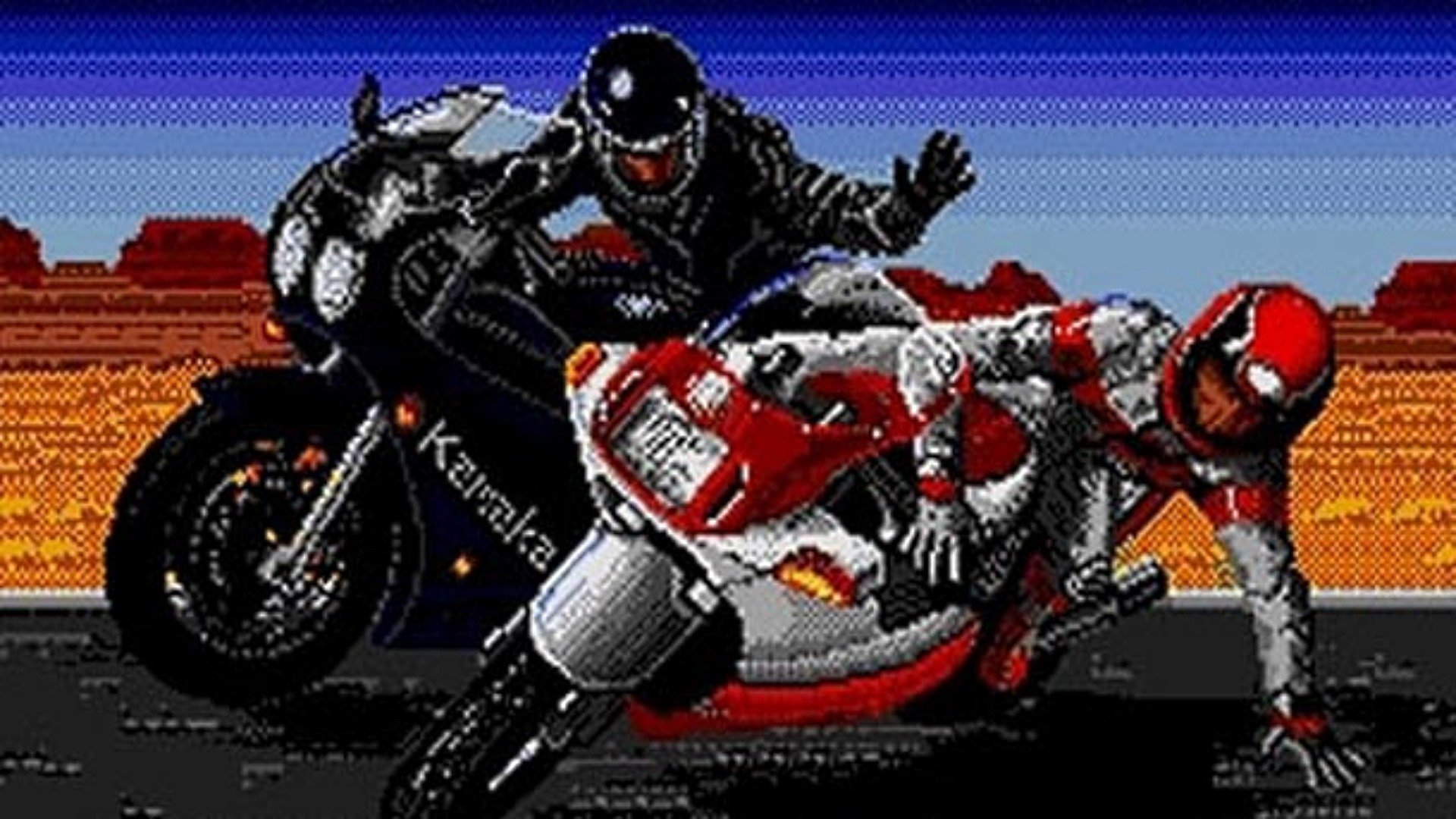 Road Rash hasn’t had an official instalment since 2003’s GBA release of Road Rash: Jailbreak, but this month there’s not one but two spiritual successors riding into town. Road Redemption broke free from the chains of Steam Early Access at the beginning of October, and arriving on consoles yesterday with a fresh oil change and overhaul for modern times was Road Rage. Redemption may be the only one of these two to receive the blessing of original Road Rash programmer Dan Geisler, but both aim to capture the adrenaline and brutality of those classic 90s combat riders.

The vehicular combat game is a dying breed in the new millennium, sadly. For those who grew up in the waning shadow of the 20th century, the rise of multiplayer games on consoles brought a splash of new genres for developers to attempt to stamp their mark on. Twisted Metal, Mario Kart, Carmageddon, Interstate, Vigilante 8, Death Rally, even Crash Bandicoot and every other studio mascot jumped into the fray with kart racers. What could be more thrilling than a racing game or a shooting game than a game where the cars have guns on them?

Well, clearly the answer was motorcycles and chains, crowbars, cattle prods and bits of pipe from under the dive bar sink. Road Rash was far ahead of the trend on driving combat games, and born out of a few surprising creative influences. Firstly, the decision to make the vehicles motorcycles came from designer Randy Breen’s interest in them, but what sealed the decision was the advantages bikes offered to programmers.

The Genesis had 64kB of video RAM, and shaving as many pixels off entities to render was the name of the game for developers in the early 90s. Since a bike has about one-third the profile of a car from behind, the team at EA could fit far more racers on screen at once. Designers also had the benefit of riders being much more visible than drivers and could be more expressive in their animations. You can really feel the anger when a burly dude on the back of a Harley swings a baseball bat at your head.

The combat itself was inspired by the somewhat rougher Moto GP of the late ‘80s, which saw riders shouldering and kicking each other in the early corners of grand prix races. The tightness of the pack immediately off the grid meant physical contact wasn’t shied away from, unlike today’s riders who can suffer fines from the Fédération Internationale de Motocyclisme (FIM) for unnecessary rough-housing.

But back on the virtual streets of South California, anything went. OutRun had already proven the popularity of a street-racing style arcade game in the arcades of the mid-80s, but the addition of police pursuers made the illicitness of Road Rash that much more exciting. Go too slow and the cops will catch up to you, even start fighting you, and the long arm of the law was tough to beat when all you had was a pair of nunchuks.

The game’s titular event, wiping out and sliding bare-armed across the asphalt, is as memorable as any Nintendo classic. As is the terror of the trudge toward your downed steed knowing that if a cop pulled up before you got back on your hog that was it for your racing days. I was never great at avoiding fines and repair bills, so my game was always over quickly. But the whole experience conveyed through the game, slipping past cars and trucks as they lumbered along the highway, is one of the handful I attribute to my continuing love for bikes. Thankfully I’ve yet to experience the more painful bits of the game, but now and then I do idly remember there’s a chain under my seat.

Whether these two spiritual successors can compete with the original is a moot point. The commercial failure of Blur and Split/Second marked the end of the industry’s love affair with stapling guns to cars. There’s nothing wrong with them, but a never-ending hunt for sophistication has its way of leaving some genres bruised in the dust. And while Mario Kart survives on brand recognition, Road Rash can be proud of putting in the dirty work before the rest had lined up on the grid.