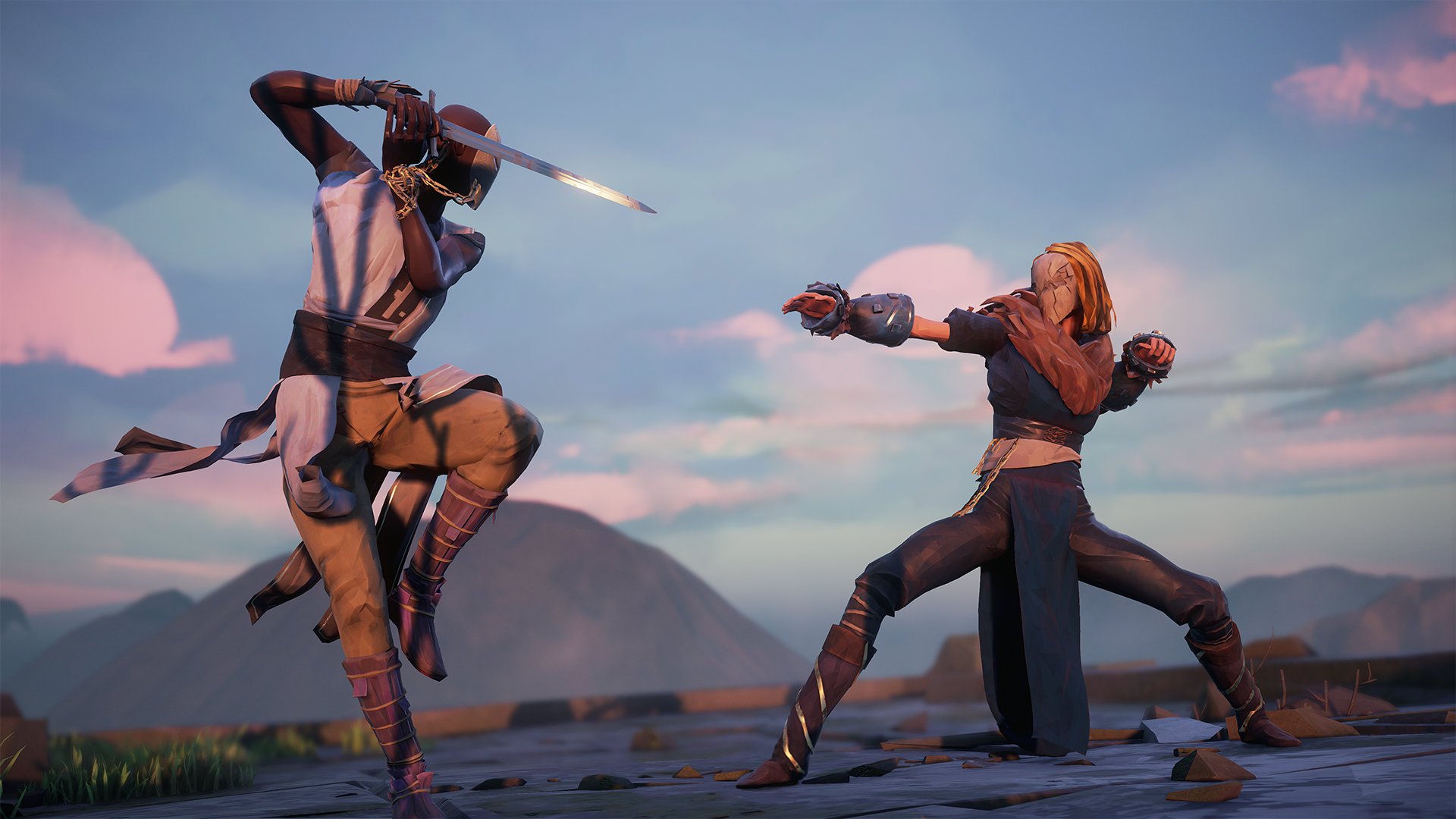 That logo looks pretty prophetic, too.

Absolver is a pretty punishing fighting game, and with so much to learn through exploration it’s hard to know where to start. So we’ve put together some helpful tips on how to understand and make the most of your journey as a Prospect in this Absolver guide. It might be a challenging game, but once you know what you’re doing it’s the fun kind of challenging.

While just jumping into Absolver will teach you all you need to know about punching and defending against being punched, there are levels of nuance missing from the game’s tutorial. Let’s start with the classes you can play as.

There are three main classes which each represents a different style of martial arts, often taken from real-world examples:

The Kahlt is a very defensive playstyle, with a unique ability: Absorb. This allows you to absorb all of a hit and not be staggered. Absorbing hits does not prevent damage, but not being staggered can provide you with an opening to mount counter attacks. The only attack it cannot absorb is Guard Break, which obviously would be useless if it could.

This style is well-balanced, with a slight focus on strength. The style is modeled on kick-boxing and has the special ability to parry attacks. Parrying an attack avoids the damage and briefly staggers the opponent, providing an opening to mount a counter-attack. Parry is more difficult to use than absorb as Kahlt is an omni-directional style and parrying must be either left or right aimed thanks to Forsaken’s bi-directional inputs. Forsaken are weak to feints as attempts to parry will leave them vulnerable when the attack does not land.

This style is a very rapid and fluid martial art based on Baguazhang, a form of the Wudang school. Windfall is focused on mobility and the ability to evade attacks. It is between Kahlt and Forsaken in directional control, with the ability to utilise four angles. You are able to slow incoming attacks, dodge them and begin your offensive, however everything happens at breakneck speed so you may need some time to adjust to that.

This is the unlockable style not available at the beginning of the game. It is based on the popular Chinese martial art of “Drunken Boxing” and can be highly unpredictable. Special ability unlocks a set of moves that provide a charge attacking headbutt, a left/right strafe and a backwards evade. These can be used for both defensive and offensive abilities, however when successfully counter attacking these moves do not produce stamina like other styles’ abilities do. This style is confusing, but rewarding if mastered. The most difficult in the game.

When you beat enemies you’ll earn XP. This is either in the form of the XP that builds up on specific moves you are blocking or avoiding until you unlock them, or the kind that you can pour into one of your attributes to improve your character in some way. Here are the attributes and what they govern:

This isn’t just your ability to lift weights or open pickle jars. Strength channels your mental and physical ability into stronger attacks. Many of the most brutal guard breakers and haymakers in the game are governed by Strength, so the more points you pour into this stat the harder those will hit.

If you are playing as a Windfall or Forsaken, many of the quicker attacks will have their damage based on the Dexterity stat. Quick attacks are often better in the PvP element of Absolver as they allow you to get in difficult to break combos of hits without leaving you as vulnerable as the wind-up or recovery on big Strength attacks.

This is the ability that alters your maximum health. It simply increases the pool of hit points you have at your disposal with no further benefits. As simple as it gets, really.

Like vitality, this alters the maximum stamina you have at your disposal. Every move in the game uses a small (or large) amount of stamina, so if you have more then you can run together a greater number of attacks, dodges or blocks before having to wait for it to fill up again.

This is the bit that isn’t 10% luck, 20% skill etc. This stat affects how quickly your Shards charge up from taking or dealing damage. If your Shards refill faster you can use healing and other powers more often during battle.

Armor in Absolver comes in the form of nine different equippable item slots. There are masks, elbow, shoulder, undertop, overtop, gloves, belt, trousers and shoes to find armor for. Each item has a value for four different aspects of defence, including Overall Protection, Blunt Protection, Cut Protection and Weight.

Protection is the general armor class value and the amount of defence the item will afford you from all attacks. Additionally, each weapon in the game splits its damage between Blunt damage and Cut damage, according to the sort of weapon it is. Different armor will provide better defence against one or both of these types of damage, so check which you’re using if you’re having trouble with a boss. If you take too much damage in a row then you can lose your own weapon by being disarmed.

Weapons are not the primary combat tool of Absolver, which focuses more on hand-to-hand combat. But they are powerful supporting equipment to have in your arsenal. Each weapon comes with a specific set of stats and scales better with certain martial arts styles. Choose wisely to make sure you’re getting the most out of your weapons.

Each weapon does a split amount of damage between Blunt and Cut, which can help get around certain armor types. They also have a durability, which when exceeded will break the weapon and force it to return to your inventory until it has been restored.

Weapons also cost a certain number of shards to equip, so make sure you have the resources to use them and don’t forget about keeping shards for healing too!