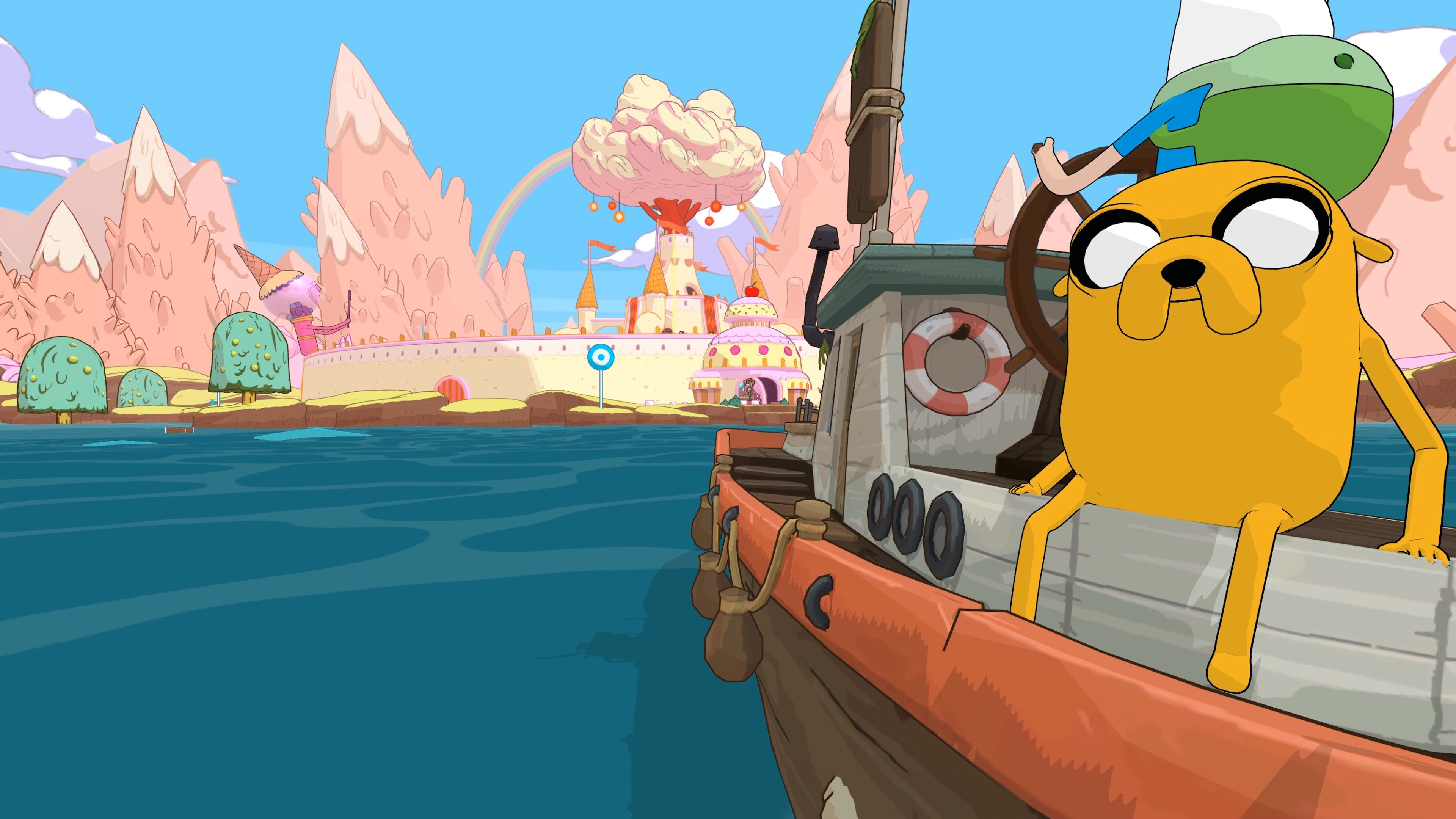 Out on the not-so-distant horizon, Climax Studios’ ‘Adventure Time: Pirates of the Enchiridion’ is loitering with a very tentative ‘spring 2018’ release date for PC, PS4, Xbox One and Switch. We are hoping beyond hope that this will be a voyage to remember through the Land of Ooo. But we also fear that the series occasionally known for breaking the ‘fourth wall’ and riffing off of some well-informed video game references may sink into a routine of too familiar video game tropes, partly because we’re not sure when to take that seriously. Going meta and talking through the screen to your audience is a dark art for most media to attempt, but in gaming's case breaking the fourth wall has come with more pitfalls than rolls on the floor. What's the problem with the fourth wall?

I think I got it, but just in case

See, a similar thing happened with Adventure Time: Hey Ice King! Why'd You Steal Our Garbage?! For Nintendo 3DS a few years back. Even though WayForward Technologies had Adventure Time creator Pendleton Ward on-board to assist with the writing, the structure was basically The Legend of Zelda II, which – we can only assume – was part of the joke.

‘Hey Ice King!...’ wasn’t at all bad, it just wasn’t all that amazing either. Possibly ‘Pirates…’ will suffer the same fate, who knows right now. Question is, what more could or should be done to ensure that the wittiest franchises in entertainment get the best possible outings on PC and consoles, worthy of their reputation? With smart, self-aware comedy, solutions are not cut and dried. But, no matter what, breaking the fourth wall gives no excuse to be bad.

Let’s take attention away from Adventure Time now because this is just one example of where scripted humor doesn’t necessarily translate into a great interactive experience. Consider The Simpsons, and South Park as other perpetrators of frankly irritating gameplay mechanics that players get to deal with in order to get at the jokes. We’ve seen outings as basic as Bart and the Beanstalk (Game Boy, 1994) which almost immediately made gamers give up hope, but things have certainly improved by the time we got to EA’s ‘The Simpsons Game’ in 2007, first and foremost because it was a terrific video game with clever themes ('Medal of Homer' lol). With South Park, it gets much trickier, because this show is loaded with video game references, moreover ones that mercilessly expose embarrassing truths.

That was totally meant to happen

We don’t envy the development teams walking this razor’s edge within a huge grey area, having to orchestrate something like ‘South Park: The Fractured but Whole’ after hitting a sweet spot with ‘South Park: The Stick of Truth’. In basic terms, these are RPGs played for laughs, and the humor certainly helps them along. Collaborators Ubisoft San Francisco and South Park Digital Studios definitely ‘get’ video games and South Park, the latter providing scenarios that you would never expect from something like Final Fantasy or even Persona.

Maybe that’s all there is to it, folks: make a solid game, just add secret sauce. This doesn’t do justice to what the South Park guys in particular set out to achieve recently, however. Their trade is observational humor, and within that observation are elements of gaming fails that honestly deserve to be lampooned. Yet, in doing so, the player is subjected those failures – such as endless backtracking because you don’t have the necessary ‘key’ to move the story along, routine battles that are fun the first time around, but ho-hum long after.

When you’re up against a gameplay mechanic that is basically not enjoyable, or find that the sheer amount of time it takes to complete a quest makes the joke itself wear thin, do you shrug it off and say ‘job well done’ anyway? Is it funny because it’s so bad, or is it just bad? Was it even intentionally bad to begin with?

Don’t make the same mistakes (unless you mean to)

Okay, leaving The Simpsons and South Park behind –  because we’re closing in on something now – we find some clearer examples, owing to the fourth-wall busting humor being more… brash. ‘The merc with the mouth’, Deadpool, had the greatest possible chance of landing the definitive fourth-wall experience on consoles in 2013. Smashing the fourth wall is what Deadpool does best! He’s capable of poking fun at every gaming principle that exists.

Indeed, Deadpool on PS3 and Xbox 360 could be laugh-out-loud funny at times, such as begging the player to skip some spoken dialogue that – surely deliberately – goes on way too long. But just to prove how tricky we are as an audience, High Noon Studios delivered a sturdy action game observed by Deadpool – fully aware that he is in a video game, and constantly critical of the experience being delivered by High Noon – that didn’t go far enough. At some point, you have to believe, High Noon needed to draw a line between a Good Game, and the Game of All Time. If High Noon had delivered the Game of All Time, what would Deadpool have to tear down?

Licensed, collaborative, fourth-wall demolition is a risky business. This wouldn’t be the only reason that Vicious Cycle Software devised Eat Lead: The Return of Matt Hazard in 2009, but the team had the freedom to fourth-wall the heck out of their own washed-up video game protagonist and, ideally, balance everything perfectly. Vicious Cycle won the award for Best Comedy Game at the 2009 Spike Video Game Awards, and was nominated for Best Cast. Game reviewers, and the general public, just didn’t see the funny side of repetitive levels and samey tactics, interspersed with boss battles that looked good but sucked to destroy. Was this deliberate? If we were Vicious Cycle Software, we’d say that it was. We would.

Absolutely none the wiser

Thinking about this too long can make your nose itch. It’s what we’ve been doing ever since we knew that Adventure Time: Pirates of the Enchiridion was on its way. We should just let it go. Somebody will strike the perfect balance of self-aware video game shenanigans; being an experience that’s both great and terrible in all its post-modern glory. We just hope to recognize it when we see it.