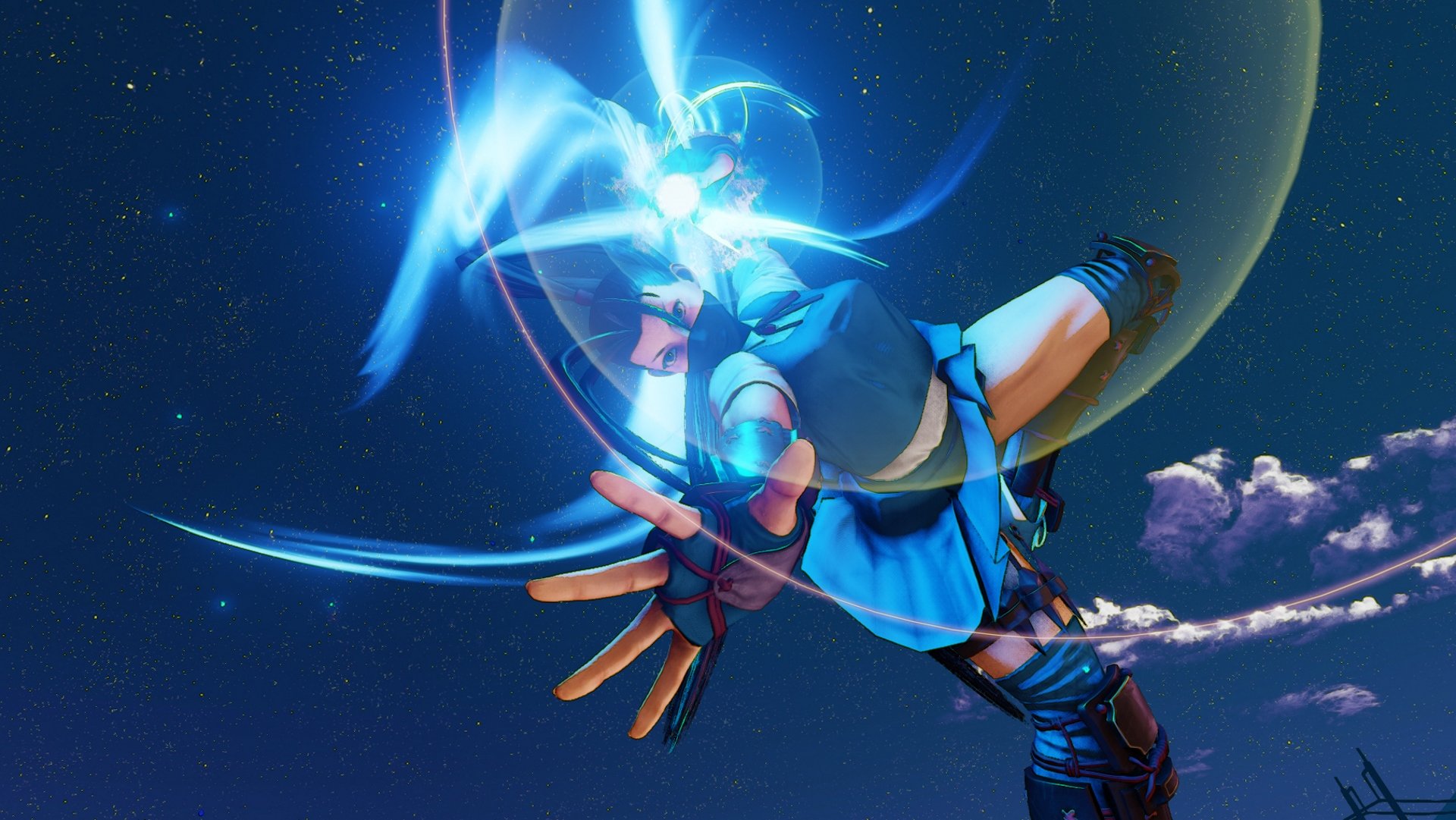 Sharpie on esports, community and the future of the FGC

The fighting game community (FGC) is one of the longest standing competitive scenes in gaming. Tracing their roots back to the arcades of the ‘80s, when people think of a series like Street Fighter, they think of competition. Yet in an age of booming popularity for esports and competitive gaming, the FGC is one of the few circles to have actively pushed back against the expansion and change that comes with becoming a large esport.

The topic of esports has been a point of contention in the community for some time now, with a recent Reddit AMA by respected former face of the community Mike Ross highlighting strong concerns over where the FGC was headed. Ross’ reasons for leaving sparked a wave of responses from the community and even top players like Justin Wong.

To get a better understanding of the challenges facing the FGC right now, we spoke to tournament organizer, commentator, streamer and player, Sheila ‘Sharpie’ Moore. Sharpie is the lead organizer for Kick-Punch-Block and House of 3000, as well as a co-founder of Combo Queens. We asked her what esports means to the FGC, and what the future holds for one of gaming’s oldest competitive arenas.

(Last week we spoke with Sharpie about the success of Dragon Ball FighterZ. Read the interview here!)

“My take on this is that it’s a generational thing," Sharpies says. "I think we need to address what ‘esports’ is right now. What it means to a lot of people is this big faceless corporation throwing money at things to attract as many people as possible, dragging the community into the mainstream eye.

“In my experience that’s not what esports is. Esports to me is the community being built up into a position where they can then decide exactly how they want their game shown in the public eye. I don’t think esports is necessarily a bad thing because of the people that are currently working on building it.

“What I do believe is that with the loss of community organizers (like Mike Ross), esports is moving closer towards becoming a faceless organization that the community has no control over and no say in how its produced. That’s everybody’s biggest fear: that we don’t know where the money is coming from or where it’s going. People are very concerned about the lack of control and the lack of a voice they get with the evolution of esports.”

With more players, spectators and money, commercial interest inevitably follows. While the FGC is still far removed from the likes of League of Legends, there’s still a significant deal of investment from organizations through sponsorships and, crucially, the production and funding of grand-scale, large prize pool tournaments. The FGC is renowned for its vibrant, grass-roots scene and community spirit, but can this really prove sustainable in the world of esports?

“Yes, but I think that they’ll evolve in a certain sense,” says Sharpie. “It’s less about change that’s completely blocking us off and more about thinking in the terms of something consistently growing and shifting. It doesn’t stop people from getting into [the FGC] now or from playing the game, becoming top players or an organizer. It’s just that the way you have to go about it is different and that’s not necessarily a bad thing.

“Even in the past three years the FGC has changed so much. There are certain things in the community that can’t exist without esports. Having streaming productions look literally like you’re watching television? That’s not possible without money. I’ve seen stream setups that cost $4-7k being lugged in someone’s backpack and suitcase. There’s no way that happens without money to set it up. There are people in the community that wouldn’t be here without esports support either. Organizations enabling people to play in competition won’t happen without esports."

The fear of ‘esports’ goes far beyond just money, however. The culture of the FGC is built around a home-grown, community spirit, and to many the shift toward professional competition also marks a change in identity, representation and race.

“The biggest negative side of esports isn’t even transparency," Sharpie tells us. "I think people are really afraid that we’re gonna lose who we are. The FGC is like 90% African American. We have barely any representation in esports and that was really clear to everyone when we lost Mike Ross. One of our biggest public voices isn’t there anymore.

"One of the biggest reasons people join the FGC is that they can say ‘Oh my goodness there are all these people that look like me.’ That was my biggest thing about joining the FGC as a whole. It’s crazy that there are essentially no other black people in gaming, it makes you feel alone, like you don’t belong here. Then you come to a community that’s almost all African American, Hispanic and all these other nationalities, and you’re no longer like ‘the other,’ you’re a part of something.

“That’s something people are scared of losing with esports. It’s not just the lack of voice, the lack of transparency, it’s the lack of representation. It’s really scary to people because we’re already starting to see it. It’s one of the biggest reasons I became a commentator; I was like ‘there is no one right now that looks like me on the mic, and that bothers me.’"

Comparing the FGC to other competitive gaming communities, the contrast in racial diversity is stark. While the historically metropolitan location of arcades is a big factor behind this, Sharpie highlights another angle she feels has often been overlooked.

“The truth of this goes back a long way," Sharpie says. "With fighting games, none of these games people were playing back in the day had voice chat besides Ultra Street Fighter. I think a big thing people don’t focus on is how obscene people were (and still are) being to people of different ethnicities over voice chat. That is a huuuuge factor to stop someone from playing a game. If I go on DOTA2 and I start playing with voice chat, I’m going to hear someone calling me the n-word. I don’t play that game anymore because my first experience was so bad.

“When you’re a woman there’s a whole slew of insults that only come out for that, and when you’re black there a whole other group that come out for that. I can handle people insulting me as a woman, I’ve dealt with it my entire life, but I don’t like insults about my race and that’s where I draw the line.”

Even with community guidelines and rulings, harassment and targeting based on race (and gender) remain serious problems online and in gaming, making it no surprise many in the community may hesitate to take a larger role.

In spite of this, the FGC contains a broad pool of excellent and experienced African American talent. Why then, has this shift in representation still been occuring? Sharpie thinks it has a lot to do with the way promoting yourself and hiring for events has changed.

“The biggest thing that I think is happening right now is seeing the representation change, and I don’t want to take away from the African American and female casters we have now," Sharpie says. "Commentators like Persia, EE or D1 all do a great job in holding it down for themselves in their respective communities, but the way that you become a commentator changed very quickly over the past three years.

“You now have to solidify your professionalism before anything else. Showing that you’re able to be professional is more important to people now than showing that you have an ability to do something. There are a lot of people in the FGC that didn’t want to have to change in that regard because it’s still something that’s looked down on. People are deemed as sellouts for acting in a professional manner. The FGC as a whole doesn’t want to lose that fun factor.

“The biggest thing I’ve noticed that has stopped a lot of representation from being visible in major scenes is that so many people didn’t know the best way to represent themselves as professionally as others. More people are making an effort to change because they’ve noticed ‘Hey I’m not getting on mic or I’m not able to get this event is because this other person is able to show that they are more ‘professional.’”

The term ‘professionalism’ may evoke thoughts of particular speech styles or on-screen mannerisms, but as Sharpie explains, it goes well beyond how you conduct yourself on camera.

“It’s not even about the way that you cast. It’s about your brand as a whole. Your representation on social media and the amount of viewers you can bring in," says Sharpie. "The way to become a commentator isn’t the same as it was four to six years ago. Back then you could sit next to a stream station and say ‘hey, do you want me to commentate over this stream.’ At EVO ten years ago you weren’t even looking at commentary that much. Having a commentary on steam isn’t even a thought any more — it has to happen. People won’t tune in if there are no commentators.

“You’re more likely to hire someone [as a commentator] with a Twitter and Facebook page with a lot of likes than someone with just an email address, a really nice commentator reel and no likes. You’re more likely to hire the first person even without hearing their reel. There is a lot more emphasis on here is who I am and what I’ve built for myself than there is on here’s why I’m good at this job. It’s less about experience than how you build up your experience, especially with social media.”

So how can the FGC deal with this? Sharpie thinks it’s largely a case of keeping ahead of the curve, and encouraging others to do so too.

“It’s about growing with the environment," Sharpie explains. "Esports isn’t this solid, consistent thing. It’s constantly changing. The way that I think of esports is less like a pyramid where you move up the tiers, it’s more fluid than that.

“It all matters on where you draw the line on who you are as a person. In the FGC there are a lot of people who would do anything to give their community a voice but you have to make sacrifices for that. There are plenty of people out their like me that are big in their respective communities and putting themselves out there, but the ways they conduct themselves on social media and such aren’t acceptable in esports. There are a lot of people like me that have realized that and started conducting themselves in public to be professional and they’re on a fast-track to continue up.

In the face of the challenges ahead however, Sharpie remains resolutely positive regarding the future of fighting games, both in grass-roots local events all the way up to the big leagues of esports.

“As long as people are passionate about the game and continue to try to make sure they always have a voice in the community and that it’s heard and displayed — I don’t see a problem with us moving more and more towards esports.”