Crucible maps will be free for all players. 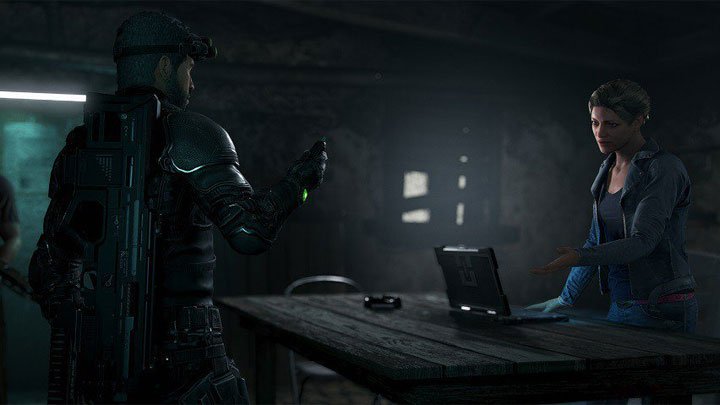 Life after the dragon.

The free Splinter Cell mission for Ghost Recon Wildlands, which released earlier this week, contains a moment that may give veteran stealth gamers the feels.

It comes as Sam Fisher, the no-nonsense covert operative voiced by Michael Ironside, is being briefed on his latest mission. Craggy and showing his age, Fisher muses that "they don't make 'em like me any more" and reminisces about an "army infiltration guy" known for wearing a bandanna, a clear nod to Metal Gear's iconic Solid Snake. Upon learning that "he finally retired", Fisher turns solemn and ponders "Then it's only me..."

It's a bittersweet moment of recognition, obviously referencing the departure of Hideo Kojima from Konami's long-running "tactical espionage" series, and the uncertain future for the Metal Gear Solid franchise.

The two games have offered winking acknowledgements in the past. A silly minigame on the Metal Gear Solid 3 bonus disc saw the game crossing over with Sony's cartoonish Ape Escape series, prompting the grizzled Snake to complain that they should get "Sam or Gabe" to tackle the menial task instead. Sam is, of course, Sam Fisher, while Gabe was a nod to Gabe Logan, star of fellow Sony stealth series Syphon Filter.

In the same year, Splinter Cell: Chaos Theory returned the favor with Sam Fisher grilling a guard at knifepoint and the guard quipping "It's not like you can shake me and make my ammo fall on the floor" - a cheeky jab at one of Metal Gear's many quirky gameplay features.

And now, this rather melancholy easter egg seems to have brought an end to this enjoyable game of cross-franchise respect. Thankfully, YouTuber Doctor Gamma has collected all the clips in one place, so you can watch them over and over, while giving a manly salute and maybe - just maybe - allowing a solitary tear to roll down your cheek.