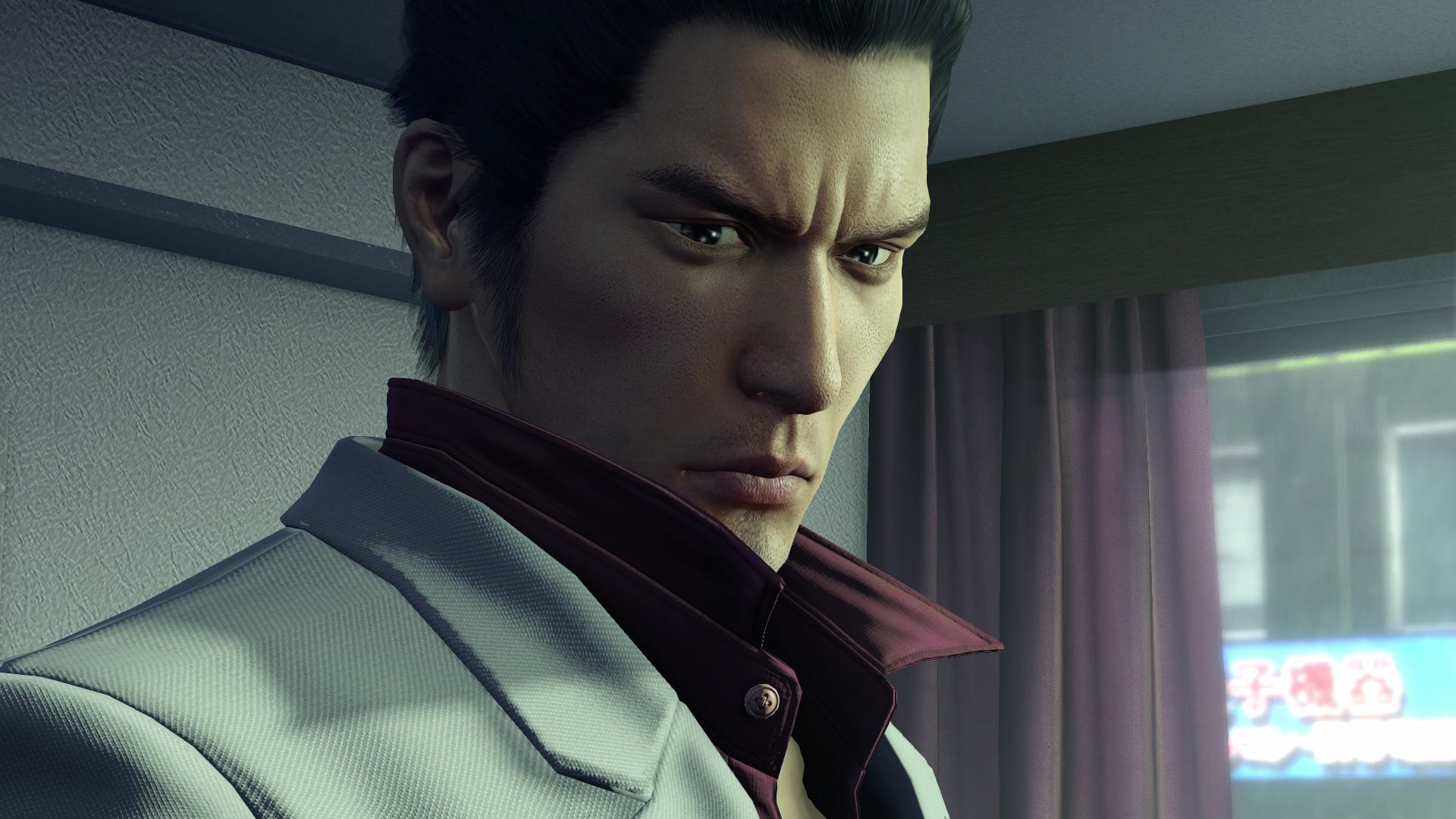 Despite this long-running series suffering self-inflicted set-backs over the past two decades, Sega’s GTA-like franchise based on Japan’s criminal underworld has earned its place among the classics of our time. Ryū ga Gotoku (‘Like a Dragon’) – a.k.a. ‘Yakuza’ in the West – has become a much-loved saga, appealing through its cultural authenticity as much as its brutal confrontations, emerging as a Japanophile’s dream come true in terms of virtual tourism with a shady twist. Yakuza 6: The Song of Life launches April 17 on PlayStation 4, concluding the story arc of its brilliantly complex main protagonist, Kazuma Kiryu. You definitely need to know more about where he’s been, before watching the sun go down on his great career.

Kiryu is the central figure of the Yakuza series, a Tokyo gangster with a heart of gold who badly wants out of the lifestyle, but is inevitably sucked back in, reminiscent of John Wick. Equally charismatic friends and foes complete the picture of contemporary Japan, viewed from the perspective of organized crime. It’s closer to Shenmue than GTA San Andreas, with RPG-style missions punctuated by mini-games (including old Sega arcade games) and a ton of outrageous fight scenes throughout. You’ll struggle to find a bad word written about it.

No spoilers, just where to begin with Yakuza

The original Ryū ga Gotoku was released in 2005 for PlayStation 2, for which a big-budget localised version for the West followed in late 2006. Though Sega brought on-board a cast that included Mark Hamill, Rachel Leigh Cook, Dwight Schultz, Eliza Dushku, and Michael Madsen, this translation was considered to be unfaithful to the original Japanese script – Hollywood-style cussing and such – which rather went against veteran producer Toshihiro Nagoshi’s intentions for the series, being something more nuanced alongside the violence.

If you want a good place to start, we’d recommend ‘Yakuza 0’, which is a prequel to the whole series set in 1988, the origin story of Kiryu and other central characters such as the half-crazed rival, and equally likeable, Goro Majima. Both Yakuza 0 and Yakuza Kiwami are available for PlayStation 4, the latter is a more accomplished remake of the 2005 debut. This would put you right on track to explore the rest of the series. If you’re serious about keeping your journey into Kiryu’s world strictly chronological, you may also wish to wait until the summer for the release of Yakuza Kiwami 2, which is the remake of Ryū ga Gotoku/Yakuza 2.

In time, Nagoshi has suggested that all numbered Yakuza games will make their way to PS4. We doubt you’ll want to wait that long before diving into Yakuza 6, however…

First some slightly bad news: the localized Yakuza 3 omitted content that Sega considered was inappropriate, or simply not relevant to the Western world. It’s an otherwise excellent entry that develops Kiryu’s heart-warming relationship with a young orphan named Haruka, events taking place in the well-meaning gangster’s privately owned orphanage in Okinawa. Also on the brighter side, the backlash Sega received from disgruntled fans over Yakuza 3 paved the way for every game since to fight for ‘best in series’, starting with Yakuza 4.

Kiryu takes a backseat for several hours in Yakuza 4, while we are introduced to three other protagonists Masayoshi Tanimura, Shun Akiyama, Taiga Saejima, each with their own stories that inluence their gameplay styles – Saejima is a cage fighter, for example, and Tanimura works undercover for the Kamurocho police. It’s otherwise a great place to re-join the series after playing 0 and Kiwami, since it brings to life Kamurocho – the fictitious district based on real-life Kabukichō, Tokyo – with such attention to detail, and does a great job of explaining much of the backstory. It’s many side-quests and mini-games, including baseball, bowling, karaoke and fishing, really deliver on the promise of feeling immersed in Japanese culture.

Yakuza 5 is more light-hearted and showbiz than the majority of the series, following the efforts of Haruka, now age 15, to become a famous idol. Kiryu sacrifices everything to make this happen for the girl that he has raised as a daughter, and we see a much brighter side to Tokyo with rhythm action mini-games among the distractions. Sony released Yakuza 5 as a PlayStation Store exclusive, so don’t expect to find a boxed copy for next to nothing. Both Yakuza 4 and 5 are currently available through PlayStation Now, if you no longer own PS3.

The PSP titles arrived sandwiched between the releases of Ryū ga Gotoku Kenzan (2008), and Ryū ga Gotoku Ishin (2014), both set in the ancient Japanese Edo era, with the latter focused on the climactic Bakumatsu period. As you might expect, these are tales of heroic samurai warriors, based on heroes of legend.

You have to wonder what Sega was thinking with Yakuza Dead Souls, released for PS3 in 2011, a goofy Until Dawn-like escapade which focused on gunplay more than fistfights. Director Takashi Miike (13 Assassins) also let the side down with a poorly received live action movie released in 2007, simply entitled ‘Like a Dragon’.

This year’s PC and mobile game, Shin Ryū ga Gotoku Online, is a true continuation of the series that’s so far only been announced for Japan. It introduces new protagonist Ichiban Kazuga, a 40-year old ex-con, picking up the pieces in Kamurocho after the conclusion of Yakuza 6. There are also plans to bring ‘Yakuza Online’ to consoles, so watch this space.

By far the wildest excursion is Hokuto ga Gotoku (‘Like a North Star’) which is an adaptation of the anime and manga series Hokuto no Ken (‘Fist of the North Star’). The plot is somehow related, but we’re not entirely sure how. It features the Japanese voice actors from Yakuza, with events taking place in a bizarre alternate universe. It’s available to buy now, in Japan.

Six and the city

Yakuza 6 is in every way a refined experience on PlayStation 4. For one thing, it is built using Sega’s proprietary Dragon Engine technology, greatly enhancing the visual presentation. We focus almost entirely on Kiryu for this last outing, based in 2016, putting our hero at age 48.

The presence of ‘Beat’ Takeshi Takano (Violent Cop, Boiling Point, Brother) as the assassin Toru Hirose tells you just how seriously Sega and Nagoshi’s team has taken production. The game hasn’t lost its sense of humour – we find Kiryu playing ukulele in a music promo for one thing – but the mood is definitely tempered compared to what we’ve seen previously.

It’s the send-off that Kiryu richly deserves, with mini-games that include a playable Virtua Fighter 5 arcade cabinet, underwater harpoon fishing, and the art of bar conversation. In all honesty, you could start here and work your way back, because each game in isolation is so strong. Again, though, we recommend saving yourself to appreciate the enormity of it all.