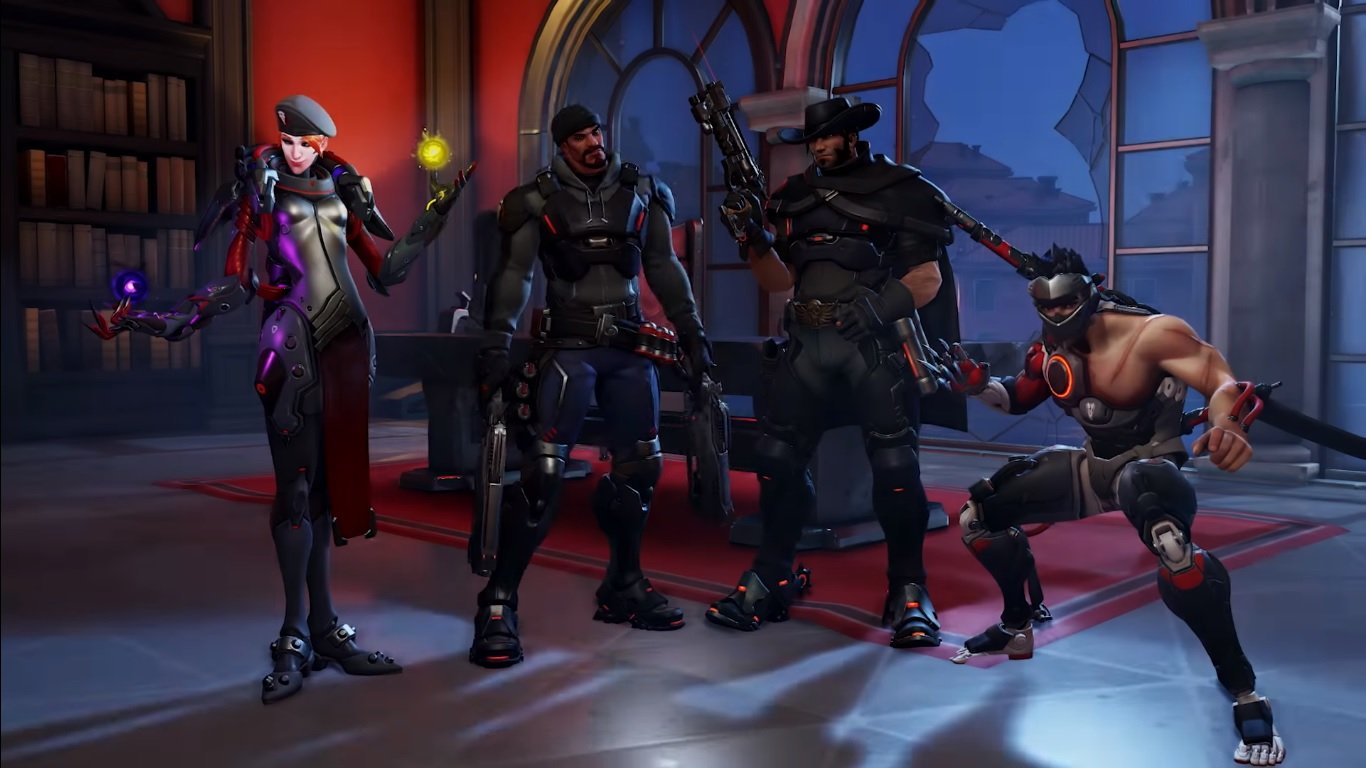 How to beat the new Overwatch Retribution PvE mode

The Retribution update is live on the Overwatch servers and for the next three weeks players can take part in a PvE brawl featuring Genji, McCree, Moira and Reaper as they battle waves of Talon soldiers. Folks can collect a bunch of new blackwatch-themed skins and cosmetics, in addition to last year’s Uprising goodies.

Unfortunately, claiming that new Moira skin can be a little tricky, especially if you don’t have the 3,000 coins to splurge. However, one of the best ways to increase your chances of obtaining these illusive skins is by playing the new Retribution mode and the previous Uprising event, as you can claim some free loot just for taking part. Our Retribution event guide will give you all the tips, tricks and strategies you need to survive this shiny new mode.

Overwatch’s Retribution event joins the Archives and focuses on one of Blackwatch’s most infamous operations. Players are tasked with apprehending a high-ranking member of Talon, but plans are quickly interrupted when waves of soldiers swarm the streets of Venice. The Retribution mission is definitely the most fun lore-based event we’ve seen in Overwatch to date, and is the first time this particular mode has made an appearance. You can choose between Reaper, Moira, Genji and McCree, so feel free to mix things up if you get bored.

When you’ve locked in your chosen hero, you’ll spawn in a large entrance hall with plenty of wide open areas for enemies to trickle in. One you’ve placed the breach charge on the door directly in front of you Troopers will begin to storm into the room, so make sure you keep any eye on the various entrances that are dotted around the hall. When the wall is close to being breached, Troopers will smash through the ceiling and can quickly overwhelm you on harder difficulties if you’re not prepared. It’s best to get up close and drop them quickly with Reaper’s ultimate or by utilising McCree’s Deadeye from afar to wipe them out instantly.

Head to the Extraction Point

Once the wall has been breached a few Troopers will scramble to stop you before a new sniper enemy is revealed. The sniper will lock on to any heroes that she has line of sight with and will deliver a deadly blow if you’re not careful. Have Reaper use his Wraith Form or Shadow Step to get up to the bridge she’s lurking on and deliver a killing blow. When the sniper has been eliminated it’s just a short stroll down the path ahead. A few Troopers and Enforcers will spawn in the courtyard via drop ships and boats, but if you all stick together they shouldn’t be a problem.

When you’ve finished mopping up the Talon threats, proceed through the house and make your way across the bridge. A cutscene will play and you’ll be introduced to a deadly assassin that leaps across the map at frightening speeds. The assassin will stop for a few seconds before engaging a random target, so be ready when it jumps down and tries to unleash a deadly flurry of attacks. Get McCree to land his Flashbang and unload Reaper’s ultimate while the boss is stationary. When the assassin has been taken care of Troopers and Enforcers will spawn, so quickly take care of them before following the path to the next
area.

Another cutscene will trigger and this time you’ll be treated to a dual wielding minigun boss. He can be pretty devastating if you allow him to unleash a hail of bullets onto your party, but if you have Moira use her Coalescence while McCree, Reaper and Genji barrage him, you can easily melt him down before he becomes a real threat. If you find yourself low on health simply use Genji’s Deflect, McCree’s Flashbang, Reaper’s Wraith Form or Moira’s Fade to retreat and heal up. Don’t be afraid to combo your ultimates to keep the fight short, as the heavy assault can quickly overwhelm you if you’re by yourself.

When you’ve defeated the dual wielding menace, follow the path ahead and enter the building with the three blue flags draped over it. Troopers and Enforces will instantly smash through the glass above and begin engaging you. If you want to wipe out this threat instantly, then be sure to use McCree’s Deadeye. Once you’ve taken out these targets another assassin boss will spawn, so get that Flashbang ready and be sure to swarm it whenever it locks onto an allied hero.

How to survive until extraction

The final stage of the Retribution event pits you against nearly every enemy you’ve faced, so things can get pretty hairy here. Dropships and boats will deliver a constant stream of Troopers and Enforcers, so stick together and make sure you focus on eliminating the sniper that spawns on top of the crates by the docks. Always try to land as much damage on enemies while their being dropped in, as this will allow you to kill them quickly before they get a chance to retaliate. A heavy assault enemy will spawn towards the end of the mission and he will be the last big obstacle before your extraction. Use the boxes, pillars and walls as cover and try to avoid as much incoming damage as you can. If you’re low simply have Moira heal you and jump back into the fight to help your allies finish off the tanky fiend. A few more soldiers will spawn, so clear them up before heading into the dropship.