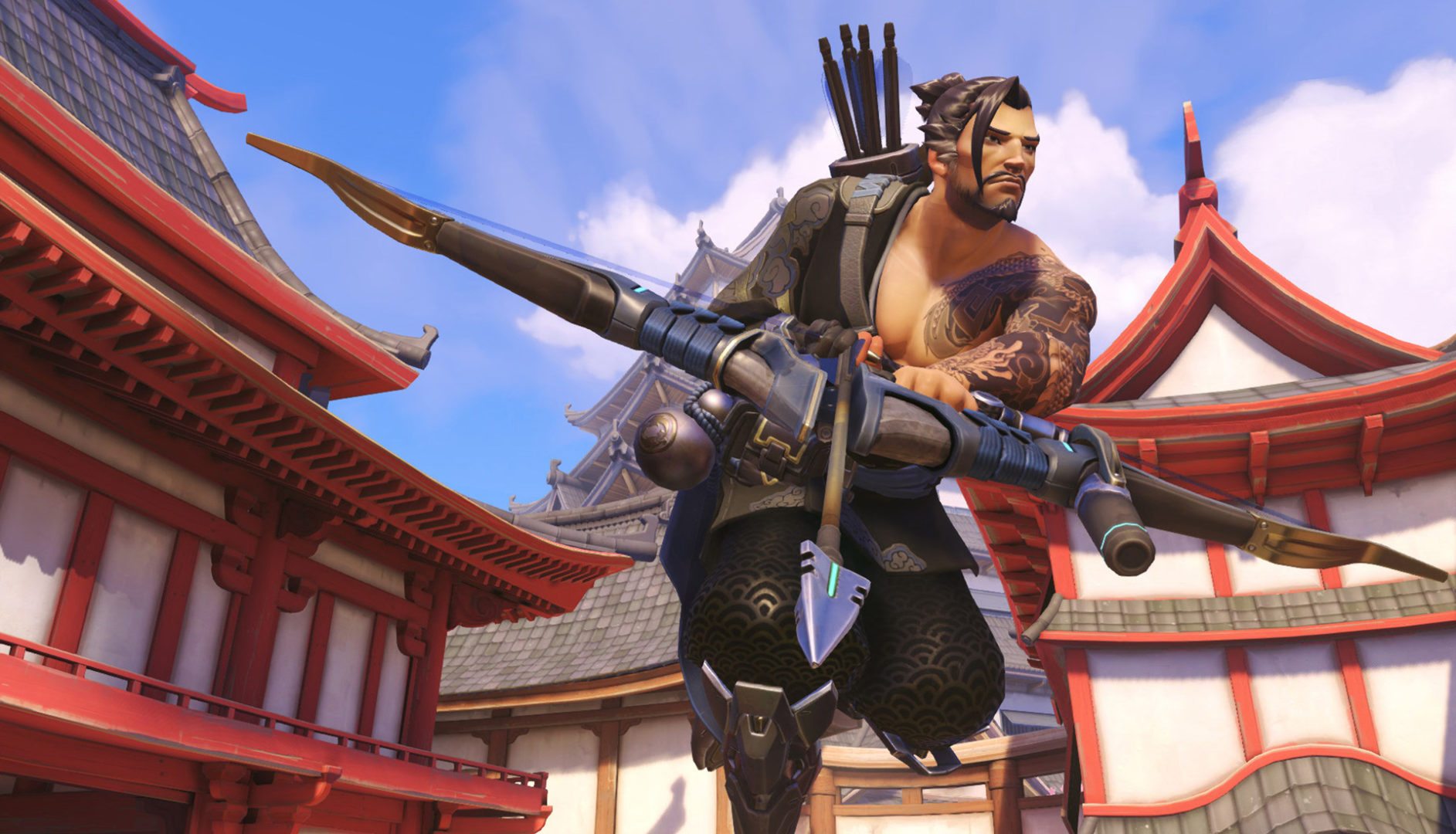 Do Overwatch's Hanzo and Mercy reworks spell an end for hero fandoms?

Thinking way back to the very beginning of Overwatch, and how its foundational roster of wonderfully attractive heroes attracted millions of players from all kinds of backgrounds, Blizzard was surely onto something that felt new and refreshing – regardless of whichever pigeonhole the experts tried to squeeze it into. Outside of esports and the recently launched Overwatch League, at its heart the appeal of the game has always been – well – its heroes!

In contrast to the champions and heroes of the MOBA genre that no doubt inspired the class-based teams of six, namely League of Legends and DOTA, Overwatch players enjoy a much more personal relationship with their heroes. Mainly because there are so few of them to choose from, it’s no wonder that players tend to become attached. It’s the source of torment and frustration that seems interminable at this point, but in defence of players that only want to stand as Genji, Hanzo, Sombra – heroes they love most and may even personally identify with to some degree – we should all learn to relax and let them all be.

A story to be told

Blizzard set up the whole franchise to soar on a specific and narratively connected line-up of heroes and villains. Their various gameplay roles cleverly reflect this, and although there are several examples of a particular type, they are still very distinct in how they perform. Heroes act according to who they are, on a subtle level linked to voice-lines and other contextual behavior such as Tracer’s cheerful micky-taking of her opponents’ most famous phrases.

There is the sound of Hanzo screaming, “Ryu ga waga teki wo kurau!,” and that glorious moment when you think the whole team is dead and Mercy revives everyone to clutch… oh, right. That doesn’t happen anymore. At least Mercy can go DPS crazy instead for a short while…

No, something’s definitely not right here.

Last year’s extensive reworking of Mercy removed her Resurrect ultimate ability to make it a secondary common ability, replacing it with Valkyrie which enhanced weapons and abilities for 20 seconds. Without going into the long, ongoing history of these changes, suffice to say that fans are still not happy with how things have turned out. For now, Mercy’s overhaul has taken a step back in forum discussions, though, because Hanzo is next in line for a reboot.

Hanzo in the hot seat

Before going into this, we are not overlooking the changes that Symmetra underwent within a few months after the game’s release in 2016. Players were still finding their feet, figuring things out, and fans were yet to devote their entire lives to a particular Hero. It was starting to happen, but the ‘Hanzo Main’ meme was the only evidence of commonly observed mad behavior. Besides, Symmetra gained a couple of things to make her even more annoying, rather than being stripped of elements that made her who she was. In our opinion, anyway.

Also, this is not about tweaks to abilities such as those affecting Sombra, Junkrat, Zarya, Roadhog, D.Va and the rest that – despite upsetting the balance and having us rethink the meta – still retained, in essence, the heroes’ recognizable traits and roles within each team.

With Hanzo, approaching two years of notoriety, the overhaul is officially confirmed as substantial. Both Lead Designer Geoff Goodman and Game Director Jeff Kaplan have been responding to SOS calls on the Blizzard forums, addressing understandable concerns about the removal of Scatter Arrow, reduced performance of Sonic Arrow, and some range/speed adjustments to the sniper’s basic projectiles. A new aspect to Hanzo’s agility could make him comparable to gunslinger McCree, which combined with the faster rate of fire and the introduction of a Rapid Shot ability, akin to Fan the Hammer, does seem a legitimate issue.

Look, we’ve all suffered terrible Hanzo players on our teams, and the great ones. The poor ones rarely speak, or if they do it’s to tell you where to shove it, and the great ones tend to complain about everybody else, as a clever tactic to draw attention away from themselves. However, it has been fine. The Overwatch-playing world has developed a kind of begrudging respect for Hanzo mains, and recognized how at the top level of competition, the moodiest of the Shimada brothers plays an instrumental role. It isn’t spamming buttons and launching the Scatter Arrow until Dragonstrike is ready, and accidentally (or on purpose, who knows) sending the serpents into space while the opposition continues dancing on the objective.

Basically, Hanzo mains, we feel your pain, and are extremely sorry for your loss in this dark time. While we get the gist of what Jeff is saying on the forums about the new Hanzo being mid- to long-range and his agility mainly used to disengage, and how “Hero distinctiveness is very important to us”, it doesn’t change the fact that Hanzo owns a very specific kit that you’ve practiced hundreds and possibly thousands of hours to master. And that you’ve suffered arguably the worst that the Overwatch community can throw at you, just to stay loyal to your true path.

Given that League of Legends introduced roughly the same number of new Champions in its first year than Overwatch currently has heroes in total after two years, obviously Blizzard is married to the idea of a small, carefully curated roster. And that’s okay. We also understand that Blizzard wants to keep all heroes viable, so that more players are invited to experiment with those outside their comfort zone; to appreciate more personality-led encounters that’ll make you smile and laugh. Just… just ‘don’t mess with our family’, we think, pretty much sums up the vibe. If the game needs an archer that plays differently to Hanzo, why not make something else of the situation, the same way Evil Ryu was introduced to Street Fighter, or Jin Kazama in Tekken? Both similar to existing characters but played to their own strengths.

While we let that genius concept settle in (you’re welcome), we’re ordering more popcorn for the upcoming debut of Hanzo 2.0 on the PTR, allegedly “sometime in April.”