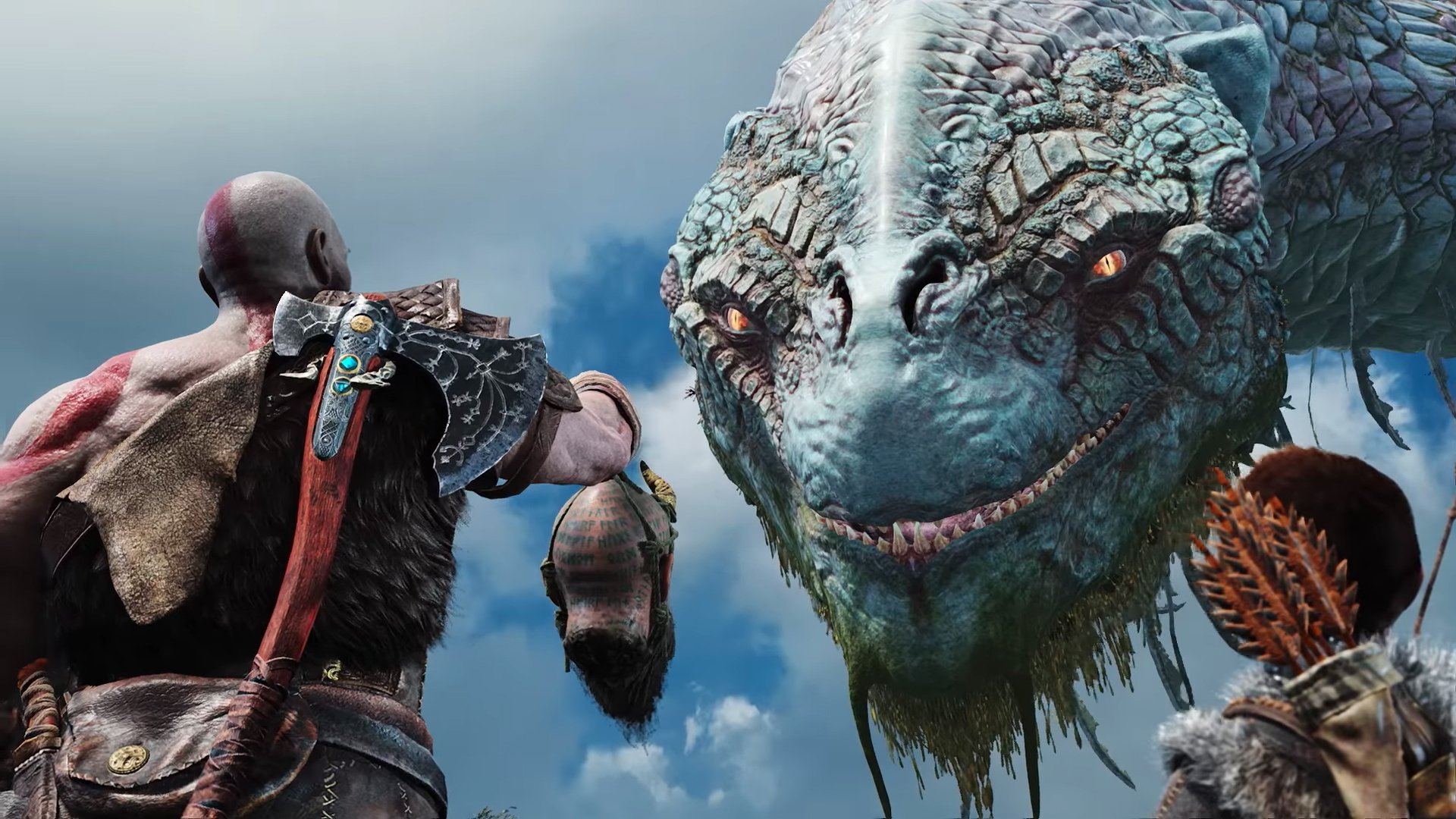 Has God of War grown up in its old age?

Sony Santa Monica’s God of War series has been turning heads by tearing mythical beasts apart since 2005. Its themes have always been mature. Now, it’s grown old and responsible.

For a while, a few years back, it looked as though the AAA had run its course. We discovered that indie titles could offer the same tricks and flicks at a fraction of the cost, while echoes of the late 1990s and early ’00s grew fainter. Even Kratos’ mighty roar was getting drowned out by the clamor surrounding Stardew Valley, Undertale, Don’t Starve and Gone Home.

Perhaps we’d done it all, and doing it over in more detail didn’t make it different enough. One series that continued to strive off its considerable virtues, however, was God of War – after all there’s always going to be time for spectacular hack-’n’-slash given a gore-crazed audience. Even so, for the upcoming sequel due April 20, GoW’s mythical offering has been reconsidered, beyond the obvious departure regarding its fabled gods and myriad creatures.

Because it can and clearly wishes to – but not necessarily should – Sony’s Santa Monica studio has moulded God of War into another action-oriented RPG with a calloused fistful of USP. While this is by no means a bad thing, and early impressions seem favorable to overflowing with praise, God of War on PlayStation 4 does highlight a certain trend in the realm of AAA that’s ominously age-related, no matter which way you look at it.

Let’s say you were age 15 in 2005 when God of War first rolled onto PlayStation, this means you’re approaching 30-years-old in 2018. Kratos’ antics were the type of thing you would try to hide from your parents, a guilty pleasure to fuel playground conversation. Now, it’s likely that you’re a parent, conscious of your Kratos time being observed by children of your own.

What possible excuse do you have for decapitating gorgons and eviscerating centaurs, and haven’t you done enough of this already in a past life? This is partly the reason why God of War needs to move on, because the audience that grew up with the series has been there, done that at least half a dozen times, and maybe a couple more times for the hell of it with remasters. Richer forms of hack-’n’-slash are beckoning in Assassin’s Creed and Horizon Zero Dawn.

Media is finding more to say

There’s only so many times that reviewers can acclaim video games for looking “amazing”, and evaluate a very linear level of long-term appeal. Like it or not, the review-quotes still matter, and even if there are some fans that long to find things almost exactly as they were, only much better looking and on a larger scale, we’re long past the point where gameplay standards being met but barely exceeded is acceptable in the eyes of influential journalists.

Critics just won’t be doing their job by patting Sony Santa Monica on the back for more of the same, and as artificial though it may sometimes seem, reviewers need to ask questions along the lines of what’s really new. With the original vengeance trilogy all tied up, various side-stories on numerous formats plus a prequel, it’s visibly a relief to all press and faces of social media that God of War is being reinvented to a substantial degree this year.

Director and designer seize the day

Few people know God of War as intimately as Creative Director Cory Barlog, who has been involved with the series since the beginning, and picked up a 2007 BAFTA award for Story and Character design in God of War II. We’re going to presume that Barlog is being guided by both points mentioned above to some degree, in that as a maturing artist with such an established portfolio, there are personal aims to achieve while being professionally mindful of critical reception, and in many ways still in tune with an evolving target audience.

If you can put something more meaningful out there, and you also have the conviction, the audience usually follows. And, as with all great artists (if Picasso is to be believed), it appears as if Barlog has ‘stolen’ from various sources to enrich the God of War experience on PS4.

We have Naughty Dog-style spoken exposition between an elder Kratos and his son, Atreus. There’s a hefty RPG approach to armor and weapon upgrades, linked to a loot system that should be familiar to anyone who’s played Diablo or Destiny, and extensively woven into Assassin’s Creed Origins. Past accusations of weak storytelling must’ve rankled Barlog quite a bit, because intimate, seamless narrative is obviously a focus in the new God of War. Some NPC races, such as the trolls, speak their own translatable language. On top of all that we’ll have a currency and progression system, with ‘optional’ challenges to boost reputation.

This is also a chance for Lead Gameplay Designer Jason McDonald to shake things up by apparently casting Kratos’ trademark blades aside in favor of the Leviathan Axe that lends itself to more complex puzzle solving than previously encountered. Combat involves Atreus at all times, whose pint-size contributions can be directed from a simple press of a button. Battlefields are divided and conquered, introducing a deeper, more strategic element, aided by the Leviathan Axe’s capability to freeze targets. All actions are completely re-mapped.

Brutal by any name

God of War still revels in its violent streak, which fans should be happy to see return on the face of it. It’s still Kratos – he’s just got smarter at behaving in a manner that some folks find distasteful. In the wake of graphic mainstream programming, that includes Game of Thrones and Vikings, we expect the shocks alongside compelling drama, or vice-versa. Arguably we all need something more expansive in our gaming too. There’s just the niggling doubt that God of War has lost something along the way by adding so much to keep things justified.