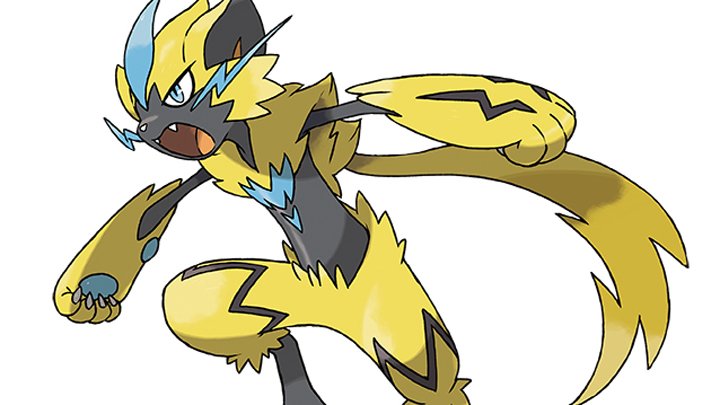 There's a new mythical Pokemon coming to UItra Sun and Ultra Moon. Zeraora is a "Thunderclap Pokemon" and you can see it action in this teaser trailer.

Want some vital statistics? Of course you do. Zeraora stands at just under five feet tall, and weighs in at 98.1lbs. It's an electric type, and draws electrical energy from the air, which it then uses to conduct a magnetic force from the pads on its feet, allowing it to hover and fly. It can move as fast as a lightning strike, and when using a particularly powerful attack, its fur stands on end. Typical cat behavior, basically.