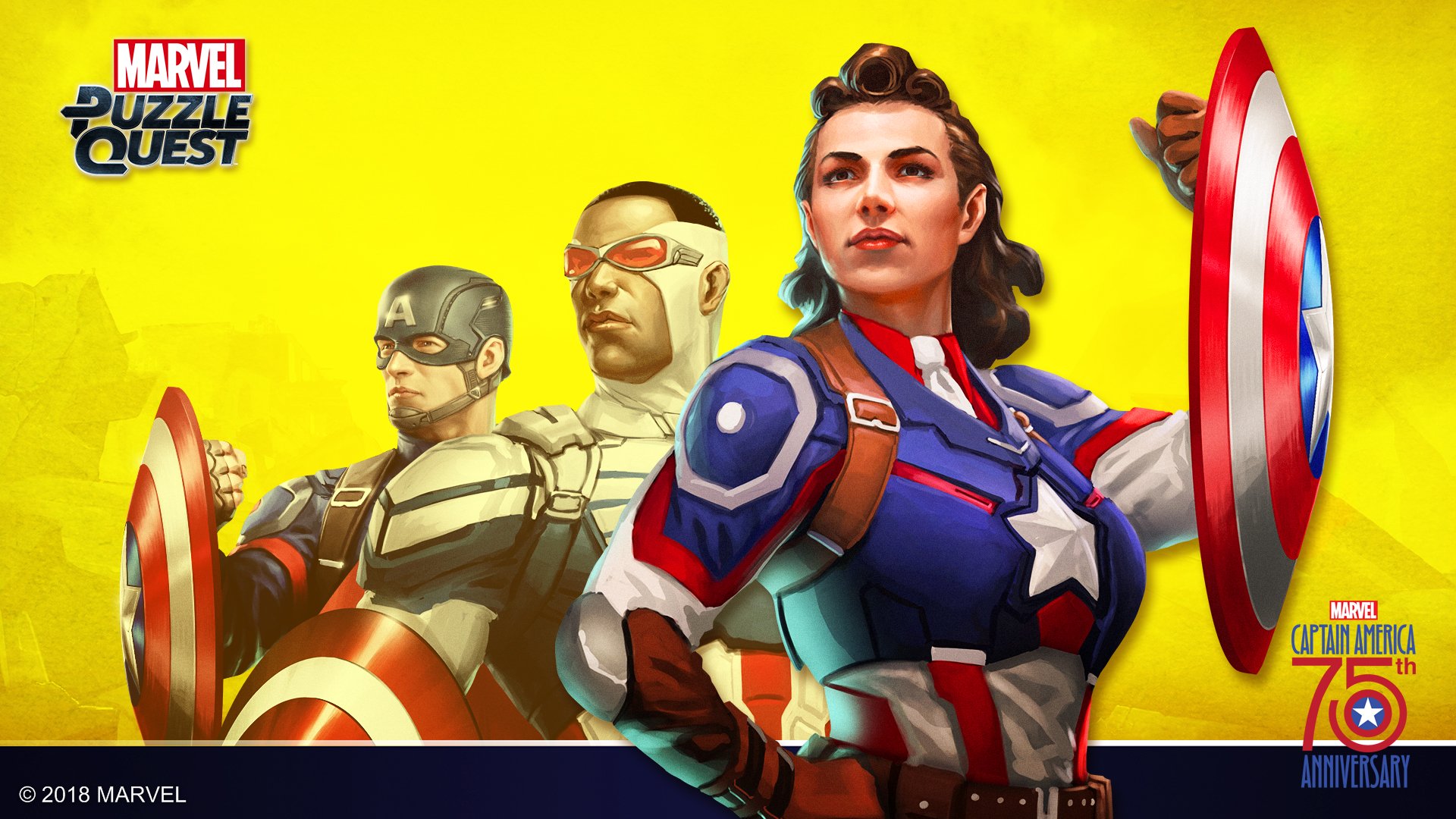 The return of the MMO-slash-TV series Destiny predecessor should turn your head, here's why.

You might think that because you’ve played Match-3 puzzle games before that you’ll be able to dominate Marvel Puzzle Quest without much trouble. Not so fast! There are layers of strategy and tactics in this superhero spectacular that require a little more thought than your usual puzzle game. Here are our top five tips to make the most of the game…

You’re probably itching to get stuck into the meaty storylines later in the game, but don’t skip the tutorial and training missions that make up the first campaign. Each match offers multiple rewards, and this is the perfect chance to not only hone your skills against easier foes, but to stock up on characters and resources that will prove really helpful later.

There’s always been an art to the classic Super Hero teams, with powers and abilities that complement each other. That’s true in Marvel Puzzle Quest as well, where matching different colored tiles generates Action Points (AP) towards specific character moves as well as dealing damage to your enemies. When you’re putting together your roster of heroes, make sure you choose ones with special moves that are triggered by as many different color tiles as possible. That way, you’ll always be building towards a devastating power move.

Thanks to Marvel Puzzle Quest’s Action Points system, it pays to think extra hard about which tiles you’re matching. Randomly matching tiles may get you through a few tutorial bouts, but to really progress you need to go a bit deeper. Look towards the bottom of the screen first for your match possibilities, as removing tiles there means more will fall and shift across the rest of the screen, potentially making more matches as they go. That’s the way to quickly build up your AP and take control of a round.

Getting rid of any special tiles your enemy puts on the board should be your priority. If they put a countdown tile, or a tile that has a sword, shield, fist or any other icon, you can click on the tile to see what it does and who owns it.  Make sure to match them away or get rid of them with one of your character powers as soon as possible, as these tiles can really mess with the outcome of the game if you don’t pay attention to them!

Pay close attention to the enemies you face, and the abilities they have, and always be aware of the different strengths and weaknesses of your own line-up. For example, one early enemy you’ll face is a sniper. These guys can take down a hero with one hit, but they also can’t take much damage of their own. Don’t forget you can switch which enemy you’re targeting and use that to remove problem characters from the action as early as possible. At the same time, plan your moves so that wounded or low health heroes aren’t left exposed when hard-hitting enemies take their turns. There’s always action on the tile board, but also lots to think about up at the top!

OK, he’s a little crazy but Deadpool can be your best friend in Marvel Puzzle Quest. The merc with the mouth offers a daily bonus quest which is a great way to get more characters, along with the vital Iso-8 used to level up your heroes.  Keep playing a Deadpool mission every day and, eventually, you can get to a point where you can earn powerful 3-star characters.  The Deadpool’s Daily Quest resets each day, so there’ll always be something new to win.

If you’re playing Marvel Puzzle Quest, it’s likely that collecting comic books is something you’re pretty familiar with. Well, you can do the same in the game – and it pays off! Classic comic covers will strengthen your characters, so if you get a comic cover for a character you have, you can use it to level up the power associated with that character, increasing the damage dealt, along with any special abilities that power gives. It will also allow you to add Iso-8 to the character which will improve that character’s overall level.  Remember: comic covers improve attack power, and also raise the overall level of a character. Of course, they also look really cool!

There are hundreds of hours of single player action in Marvel Puzzle Quest, spread across lots of gripping storylines and quests, but don’t neglect the ability to play online against others. PVP matches are a great way earn extra Iso-8 and bonus character covers, and you don’t need to win your matches to get rewards. Simply taking part will net you a decent supply of resources, as well as honing your skills for tougher battles to come. For even more bonuses, join an alliance. Membership of these player clans is another good way to get more Iso-8, as well as connecting you with fellow fans who can help you play better!