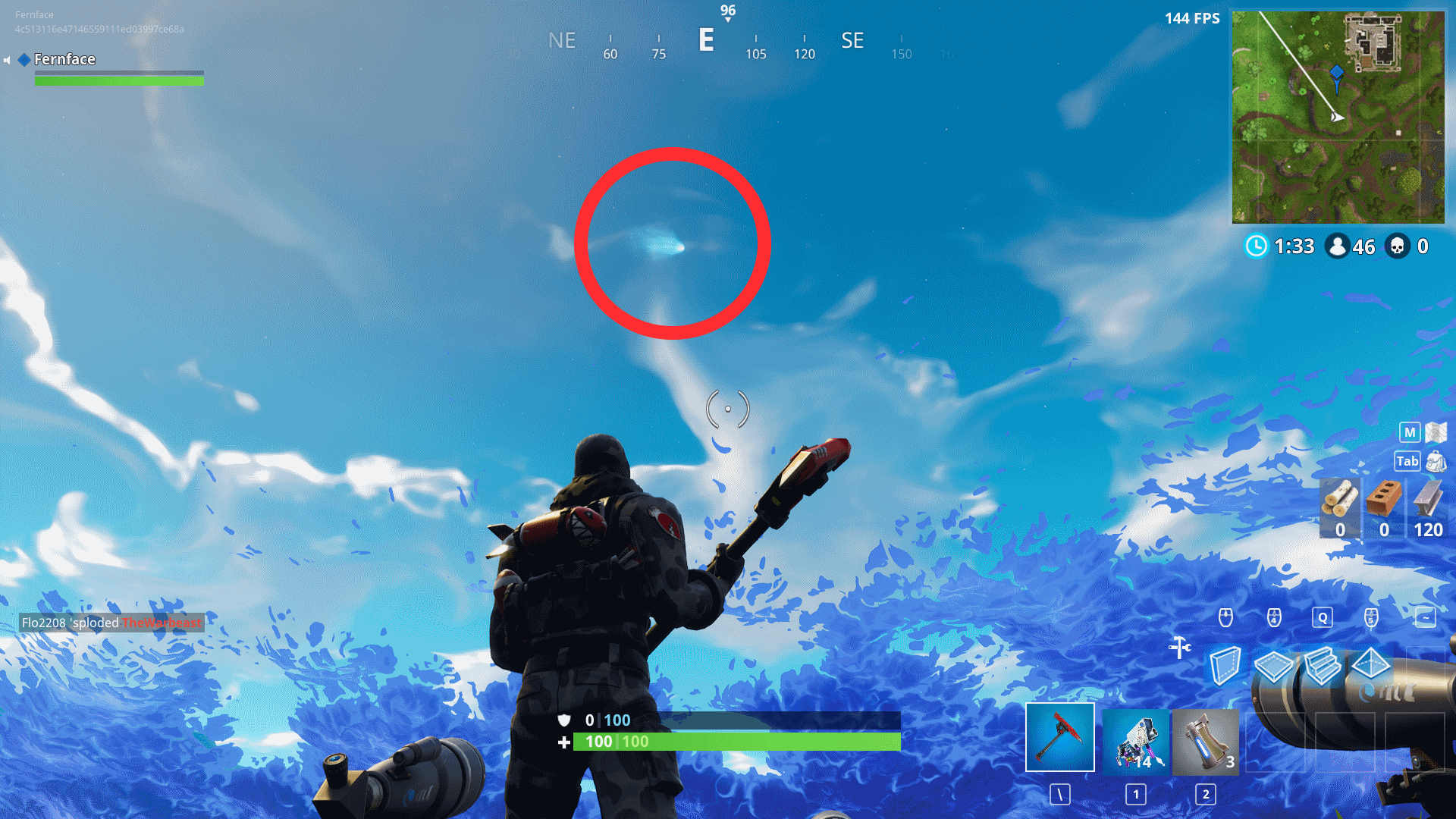 Everything to know about Fortnite's impending meteor disaster

Rumors have been swirling around the internet that Fortnite’s metropolis of Tilted Towers is about to be destroyed by meteor strike. While this might sound absurd (and some of stories we’ve seen certainly are) there’s more truth to this tale than you might expect. Here’s everything we know so far, and where to find the telescope Easter Eggs dotted across the map.

What is the meteor?

Looming overhead of Fortnite’s deadly little island for the last few months is a glowing meteor. While it started small, the meteor has been gradually increasing in size over the last suite of updates to the point where it’s now pretty hard to miss. Admittedly, most players won’t have any reason to cast their eyes to the heavens during a typical match, but once spotted you’ll find it hard to avoid seeing again thanks to its blue, sparkling trail. Keen-eyed dataminers have found models and meshes for the comet in the game’s files, referring to it as Comet Phase 2.

On top of this, a number of telescopes were recently added to various spots across the map, looking up to the sky from campsites. What are they pointed towards? Our mysterious blue friend of course. These stargazing spots aren’t the most interesting locations on the map, but they’re the one clear indicator that Epic Games wants players to keep an eye on the sky. There are seven telescope camps across the map, and each has the chance to spawn a couple of chests with it, making them worth a visit at least. We’ll get to their locations shortly, but first….

Why would it hit Tilted Towers?

There’s no actual information out there regarding where on the map the comet is likely to hit, but a good chunk of players reckon it’ll be the expansive city of Tilted Towers. Why is that? Well we can say that we’ve not been taken in by some of the (frankly bonkers) theories about Fortnite matching Poland, with Tilted lying on the site of a real-world meteor impact. In all honesty, it’s just as likely that the comet will signal a full-map event when it arrives, but if not Titled Towers is one of the most likely spots to strike.

The addition of Tilted Towers to the east side of Fornite’s island has proven a point of controversy in the community. On one hand, players clearly like it enough to drop there in droves, with a good 10-20 players gliding into the city each round. On the other, the distribution of players across the map has been heavily skewed by its presence. Choosing a drop location on the eastern side of the island will rarely see you in contention with more than a couple of other players, even in the more lucrative looting zones.

Tilted Towers reduces the intensity of action across the rest of the map, and thanks to its central location, it's rare that players have to exit the city for the majority of a match. Considering the work Epic has done to add points of interest to previously barren areas of the map, Tilted’s inclusion seems more than a little counterproductive. If it’s going to be removed from the game, why not do it in explosive style?

When will the meteor arrive?

Looking beyond where it’ll impact (if at all), the biggest question that remains is when the comet will arrive, and it's here that we’re really lacking any answers. Initially, players believed the update would be coming April 1st in relation to April Fools, but with that gone by, the arrival date is up in the air. A hoax morse code investigation looking into a controller vibrations bug on consoles (yes, really) has already sent the community spiralling, but the truth is there aren’t any solid clues as to a date yet. We have no doubt that Epic will update the game soon with more teasing details however, so stay tuned.

Finally, here are all the known telescope locations on Fortnite’s island. Often these spots will spawn a few chests, but you can’t always rely on them, so make sure you tool up elsewhere first if you’re planning on continuing the match afterwards. Have fun finding them all!