King of the swingers. 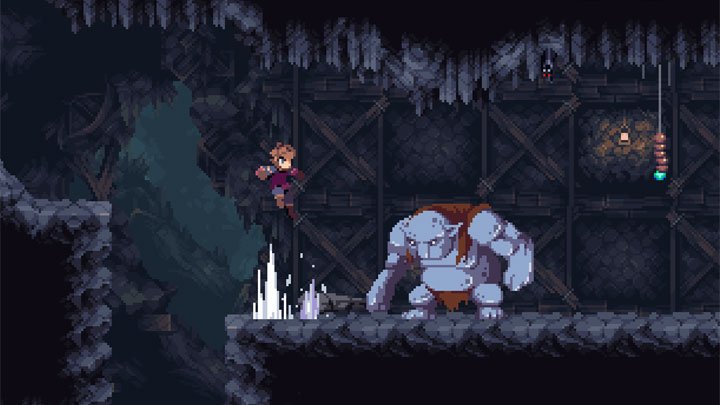 Epic indie platformer Chasm will finally launch this summer, according to developer Bit Kid. The game was crowdfunded on Kickstarter back in 2013, to the tune of just under $200,000, and was originally planned for release the following year.

"This has been an incredibly arduous undertaking," Bit Kid tolds its patient backers in the latest update, "one that I've loved (almost) every minute of, but one that wound up being an even bigger challenge than I expected. I'm grateful for everyone's support and patience [...] I know you guys are all looking for the most kick-ass action-adventure ever to grace a gaming system, and we're doing everything we can to deliver on that promise. And now, we're almost there!"

The game is a tribute to the classic sprawling platform games such as Metroid and Castlevania, and casts you as a young knight investigating mysterious disappearances in a remote town. Needless to say, it leads to an adventure that involves a lot of nimble jumping, as well as battling supernatural enemies. The game features six giant regions to explore and each area will be proedurally generated, so no two games will play the same. You can also expect it to feature an appropriately tough difficulty, in line with its retro styling.

Chasm will launch for PC, as well as being available for PS4 and PS Vita. It'll be a cross buy purchase on Sony's store, so you'll get both versions.