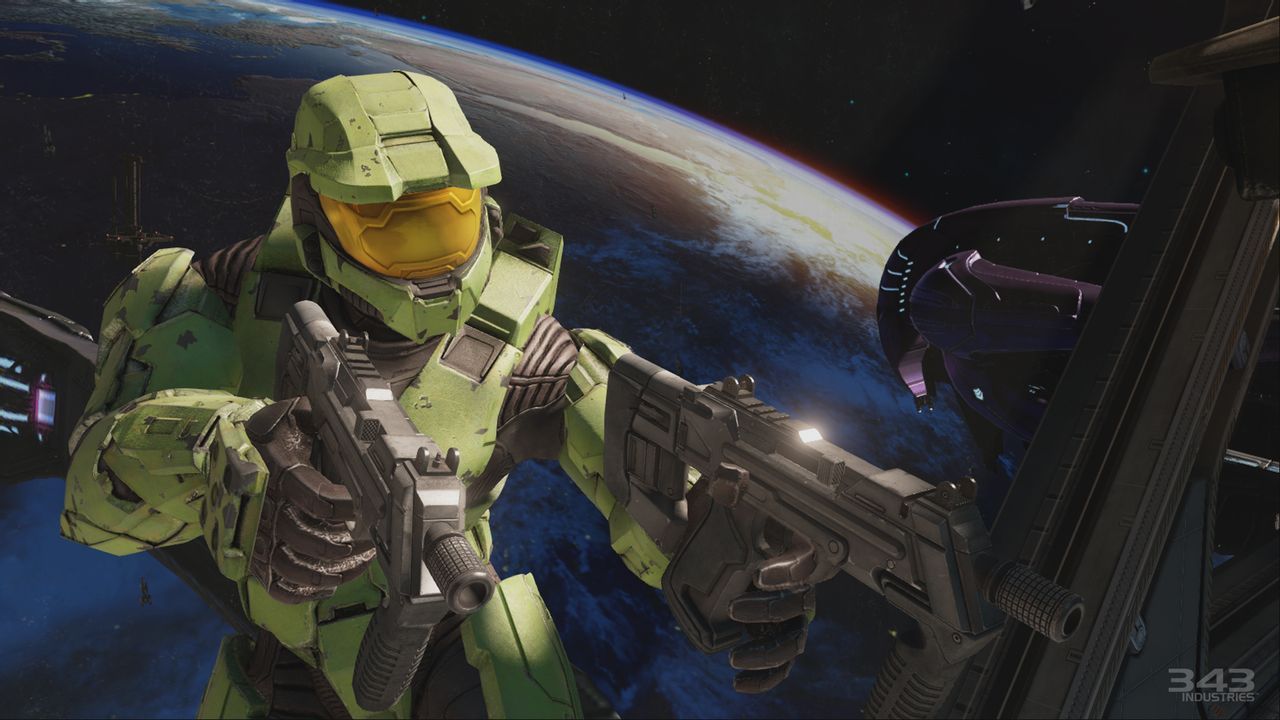 So you’re thinking about getting an Xbox One console, or perhaps the yet-to-be-released Xbox One X – but there’s a problem, you don’t know what games you want to pick up. There’s also another problem, you’ve heard the internet’s motto that “Xbox has no games” so you’re a bit worried.

Fear not, because the Xbox One does actually have a host of quality games, and what’s more, if you have friends on PC who own these games too, you can even play together! While this list only takes into account Xbox One games, remember that Microsoft have an extensive library of backwards compatible games from the Xbox 360, with OG Xbox games coming to the program soon!

We’ve got to get this one out of the way straight up. Master Chief is to Microsoft what Mario is to Nintendo – without their iconic mascot, these companies wouldn’t be where they are today. Xbox owes a lot of its success to the Halo series, and now with The Master Chief Collection, five of the titles from the franchise are packed onto one disc.

For those that don’t know, the Master Chief Collection includes Halo, Halo 2, Halo 3, Halo 4, and Halo 3: ODST. These titles released across three different Xbox generations, and to have them all on one disc is incredible. Being able to dive back into the campaign and play through the series with a friend in co-op is a treat, not to mention that all the titles include their original multiplayer maps, and have their own matchmaking lobbies.

Unfortunately for Xbox, Halo: MCC’s launch was a disaster: players were unable to find matches, lobbies didn’t work, there was horrific lag when playing co-op online, and the game was just riddled with bugs. It was not a glamorous launch for Microsoft’s flagship game. However, 343i continued to support it (up until a point), and in the end, it was fixed for the majority of players.

And now, all these years later, Halo: The Master Chief Collection will see more polishing and fixes thanks to the Xbox One X – so now is the perfect time to pick it up (or get back into it).

Much like Halo, Gears of War is another iconic title for the Xbox One. Created by The Coalition, Gears of War 4 continues where the series left off, but what’s good is you don’t need any previous experience with the series in order to enjoy it.

What makes Gears of War 4 so great is its unrelenting action that takes you from one explosive set piece to another. Though each engagement can be boiled down to classic cover-shooter combat, the varied environments keep it fresh. You’ll be fighting in caverns, on top of cliffs, driving along ravines – all while shooting aliens and tearing them to pieces.

Gears of War 4 also includes pulse-pounding multiplayer modes. If you fancy yourself a bit of a Gears pro, try out the classic deathmatch gamemodes. In the event you prefer a bit more player-versus-computer modes, get a few friends together and try your luck at Horde mode. There are options for every player. Besides, who can say no to chainsaw machine guns?

You can’t very well purchase an Xbox One console without picking up a Forza Motorsport title, and now that the latest entry in the series is available, it should be your first pick-up if you’re into racing games.

Though it’s not a strict racing sim, Forza Motorsport 7 is extremely accurate, allowing players to fine tune their cars to the nth degree – if that’s your sort of thing. Don’t be turned off by the idea if you’re not that into racing games, as FM7 is approachable even from a casual perspective. You won’t miss out on anything if you don’t spend hours tinkering under the hood, and there’s no shame in turning on some of the driver assists if you just hate the idea of using a button as a clutch and another as gear-up.

Probably the most important part of Forza Motorsport 7 is its visuals. The team at Turn 10 Studio have gone above and beyond with every single element of this title. The cars look photorealistic and the tracks are a mirror image of their real-life counterpart. Even the rain, as it falls down onto the track and your windshield, is rendered beautifully.

Check out our Forza Motorsport 7 review if you're still not sold!

The Nintendo 64, for a lot of gamers, is one of their fondest memories. A lot of weekends were spent sat in front of an old CRT TV, trying tirelessly to complete every mission in Perfect Dark or collect every Jiggy in Banjo Kazooie – and now you can relive these moments thanks to Rare Replays.

Microsoft acquired Rare back in 2002, and ever since then, the once-legendary company appeared to disappear under an ocean of Kinect titles. Thankfully, this seems to be changing, and the first nugget of proof is Rare Replay, a collection of Rare titles that have been released over the decades – 30 titles to be precise. Their earlier work is on there, such as Battletoads, as are some of their more recent titles like Viva Pinata.

For such a cheap game, it offers hundreds of hours’ worth of content, not to mention nostalgia. Long-time Rare fans will also be relieved to hear that a lot of their Nintendo 64 titles made it across, such as Perfect Dark, Banjo Kazooie, Blast Corps, Jet Force Gemini, and Conker’s Bad Fur Day. If you’re looking for more bang for your buck, look no further than Rare Replay.

Alright, I concede, Sea of Thieves isn’t out yet, but if you’re picking up your Xbox One console soon (or if you already have one) you should have your eye firmly placed on the horizon, because Sea of Thieves is making waves.

All ocean puns aside, Sea of Thieves is shaping up to be an absolute killer title from the aforementioned Rare. Players take on the role of a pirate, and with their friends they must travel the seas and look for treasure, all while avoiding trouble or purposefully seeking it out.

Sea of Thieves looks to capture the spirit of an adventure game and mix it together with a co-op pirate experience like no other. It’s currently set for release sometime in early 2018, but we already know it’s going to be one of the best Xbox One games out there.

There are far more excellent games you can pick up on Xbox One than the ones we’ve mentioned, but if you’re looking to get started, these five titles are a good place to start. Actually, there are more games than that when you take into account all the games on Rare Replay and the Master Chief Collection! What games would you suggest to someone looking to expand their Xbox One library?