Fans will soon be able to experience the creepy indie title in a whole new way. 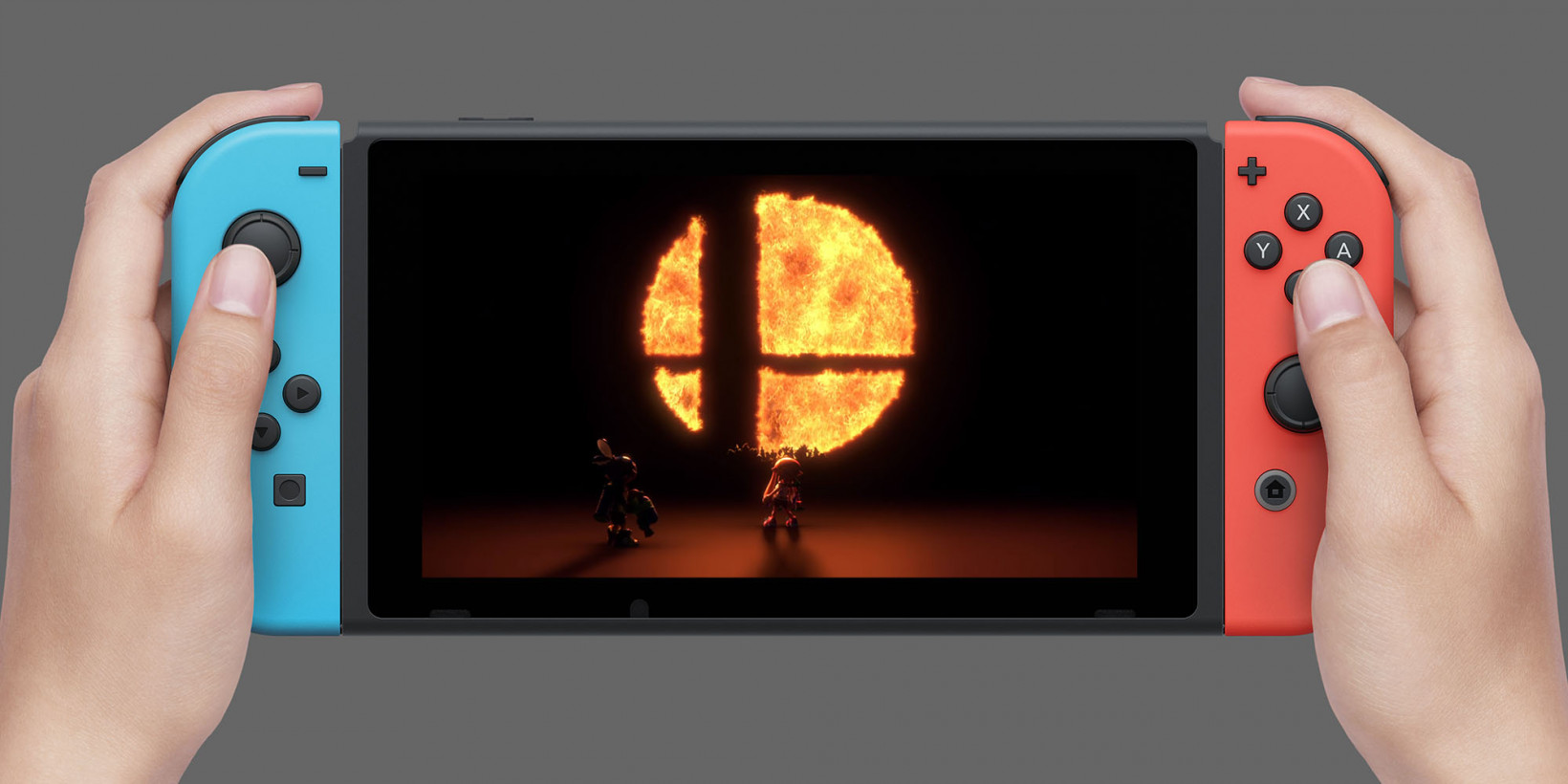 Survive in an icy battle royale in Darwin Project, out now in Steam Early Access.

Yesterday, Nintendo hosted a lengthy Nintendo Direct broadcast, during which they announced a variety of new releases for their 3DS and Switch platforms. The Nintendo Direct took place on March 8th and started at 2 p.m. (PST) or 5 p.m. (EST).

If you were occupied elsewhere during that time, you missed out on some pretty crucial announcements. To help get you up-to-speed, read on to find out everything you missed during yesterday’s Nintendo Direct event!

Dillon’s Dead Heat Breakers is the latest release from Dillon’s Rolling Western series. During the Nintendo Direct event, it was announced that the game will be releasing on the 3Ds as of May 24th.

Additionally, a playable game demo will be available to 3DS users as of May 10th.

Warioware Gold is a collection similar in nature to Mario Party with up to 300 microgames bundled together into a single title. Warioware Gold is scheduled to release on August 3rd, and will include a mixture of both new and classic mini-games.

What’s more, the games will utilize the touchscreen and mic of the 3DS in exciting new ways.

A remake of the beloved GameCube game, Luigi’s Mansion, is getting a release on the Nintendo 3DS sometime later this year. The release will include new features such as a mansion map display at the bottom of your 3DS screen as well as a new Boss Rush game mode.

A remake of the hit Nintendo DS title, Mario & Luigi: Bowser’s Inside Story, was announced for the Nintendo 3DS.

While no release date has been announced outside the 2019 window, players can look forward to new game features such as switching between Mario and Luigi in addition to the ability to control Bowser.

During the Nintendo Direct event, a new online tournament for ARMS was announced. The tournament is currently live, open to all residents in both the US and Canada, and will conclude on March 18th.

Interested players can participate by heading to the game’s Ranked Match mode. Those who make it into the Top 8 will be invited by Nintendo to participate in the tournament finals on March 31st.

To add a little prestige to the mix, the finals will reportedly be live streamed via Nintendo.

It’s official, South Park: The Fractured But Whole is getting a Nintendo Switch release. The game is scheduled to launch on April 24th alongside the game’s two DLC expansions: Danger Deck and From Dusk Til Casa Bonita.

Both expansions will reportedly be sold separately, with a third add-on set to release sometime later this year.

Indie game fans will be excited to learn that Little Nightmares is getting an official Nintendo Switch release. The Little Nightmares: Complete Edition is currently projected to release on May 18th, and will include a unique exclusive Pac-Man costume for Switch owners.

To access the exclusive costume, known as the Pakku Mask, Switch owners will need to either own the Pac-Man amiibo or purchase it separately.

Using the Pakku Mask, players will be able to hide behind the countenance of Pac-Man in the game, which will certainly help when dealing with the game’s collection of horrors.

During the Nintendo Direct broadcast, it was confirmed that the Wii U and 3DS game Hyrule Warriors will be getting a Nintendo Switch release. The game, which will launch as Hyrule Warriors Definitive Edition on May 18th, includes a plethora of goodies for Switch owners.

Among these are every map and mission and every character released across both the Wii U and 3DS versions (29 characters in total). Furthermore, the Switch edition will include new outfits for Link and Zelda based on The Legend of Zelda: Breath of the Wild.

While the release of Dark Souls Remastered on Nintendo Switch was revealed during January’s Nintendo Direct Mini, fans were able to learn more about the upcoming port during yesterday’s broadcast.

One surprise item includes a brand new Dark Souls amiibo called the "Solaire of Astora" amiibo. Should players scan it into the game, they’ll be able to perform the infamous “praise the sun” emote.

Alongside the amiibo, Nintendo announced an official network test beta for Dark Souls on May 25th which will allow players to demo the game before its release.

Sushi Striker: The Way of the Sushido (June 8th)

For sushi fans, Nintendo announced the upcoming release of Sushi Striker: The Way of Sushido for both the Switch and 3DS on June 8th. The game takes place in a world where sushi is forbidden, even though there are some intense sushi battles.

Players will be able to partake in these battles with the main goal being to match the sushi. In addition, there are special moves available to help players gain the upper hand during a match.

For competitive players, the game will also offer an online multiplayer mode (as confirmed by Nintendo).

One of the items players knew to expect during yesterday’s Nintendo Direct was Mario Tennis Aces, and Nintendo certainly didn’t disappoint. Players can look forward to the game’s release on June 22nd, with over 15 characters confirmed for the game.

Should you want something a bit more traditional, there will also be a classic mode available where the new specials are disabled.

The game brings all three titles that originally launched on PlayStation to the Switch, though there’s no word yet as to whether or not the challenging DLC announced for the game will also launch on the Switch (it’s confirmed for Xbox One and PC).

One of the many exciting pieces of news revealed during yesterday’s Nintendo Direct was the confirmed release date of Octopath Traveler for Nintendo Switch.

The game will reportedly launch on July 13th and will include two new playable characters: Alfyn the apothecary and Tressa the merchant. Tressa has the ability to acquire new items from almost anyone, while Alfyn can dig for info more than any other character in the game.

In addition, Nintendo unveiled a special “Wayfarer” edition which will drop at the same time as the regular edition. The Wayfarer edition will include exclusives such as a soundtrack CD, pop-up book, a cloth map of the world, and a replica of the coin used in-game.

When it releases, the game will include new levels and mechanics. On the Switch, there will be a two-player mode where you can control the Captain with one Joy-Con while a friend can help out using a separate Joy-Con.

Meanwhile on 3DS, the game will utilize the console’s touchscreen controls and 3D capabilities.

A new DLC that adds a single-player story campaign to Splatoon 2 was also announced during yesterday’s Nintendo Direct. The story campaign, known as the Octo Expansion, will follow a character named Octo as they explore over 80 new in-game locations.

The Octo Expansion is set to release later this summer at a price point of $19.99. Alongside the DLC, the upcoming 3.0 Update for Splatoon 2 was detailed. When the update drops later this April, players can expect new stages, over 100 pieces of new gear and weapons, and the new Rank X.

Continuing the exciting release announcements, it was confirmed that an HD remaster of Okami will launch on Nintendo Switch later this summer. Okami HD will reportedly be the same remaster that released last year for PlayStation 4, Xbox One, and PC.

However, the Switch version will include touchscreen controls when played in handheld mode, and Joy-Con motion support in docked mode. Aside from these features, we’re sure there are other ways the game is being tailored for the Switch.

As such, we recommend staying tuned for new updates as they’re unveiled!

Another notable announcement for indie game fans is the impending release of Undertale on Nintendo Switch. The game’s release is being made possible thanks to a new partnership between YoYo Games and Nintendo.

With this partnership in place, developers will be able to port their games to the Switch via the use of GameMaker Studio 2. As of right now, no concrete release date for Undertale on the Switch has been announced.

Additionally, no word has been revealed as to whether or not other indies that utilize GameMaker Studio 2, such as Spelunky and Hyper Light Drifter, will also get Nintendo Switch releases. We can certainly hope, though!

We knew it was coming, and thanks to the Nintendo Direct, we have a better idea what to expect once Travis Strikes Again: No More Heroes launches on the Switch. Right now, the game is project to release this year though no concrete date was announced.

Instead, Nintendo Direct viewers were treated to a brand new gameplay preview trailer. In the trailer, fans got the opportunity to check out the game’s visuals, cutscenes, and some of the details surrounding the strange “bugs” in the game’s universe.

We expect more info on the game to drop within the next few months. In the meantime, we can’t get enough of the game’s latest trailer!

And finally, the moment Switch owners have all been waiting for… the confirmation of Super Smash Bros. for the Nintendo Switch. Despite the reveal trailer being somewhat brief, it nevertheless garnered the most attention during yesterday’s Nintendo Direct event.

In the trailer, characters from Splatoon 2 encounter the fiery Smash Bros. emblem with confirmed characters such as Mario and Link making appearances. No release date has been announced for Super Smash Bros. on the Switch.

However, players should be able to enjoy the game’s launch before the end of the year.

That wraps up our recap of everything you missed during yesterday’s Nintendo Direct event. As stated above, the highlights are certainly items like Super Smash Bros. for the Nintendo Switch and the Dark Souls amiibo.

Furthermore, despite having a far shorter list, 3DS owners have a lot to look forward to in 2018 as well. Personally, we’re excited at the opportunity to replay one of our favorite GameCube games, Luigi’s Mansion, on the 3DS.

That said, we also agree with Nintendo fans who state that the game probably should’ve released to the Switch as opposed to the 3DS.

What are your thoughts? Is there anything Nintendo could’ve done differently, or do you think yesterday’s Nintendo Direct was a success? Let us know down in the comments below!