Bio Inc. Redemption is Out Now on Steam 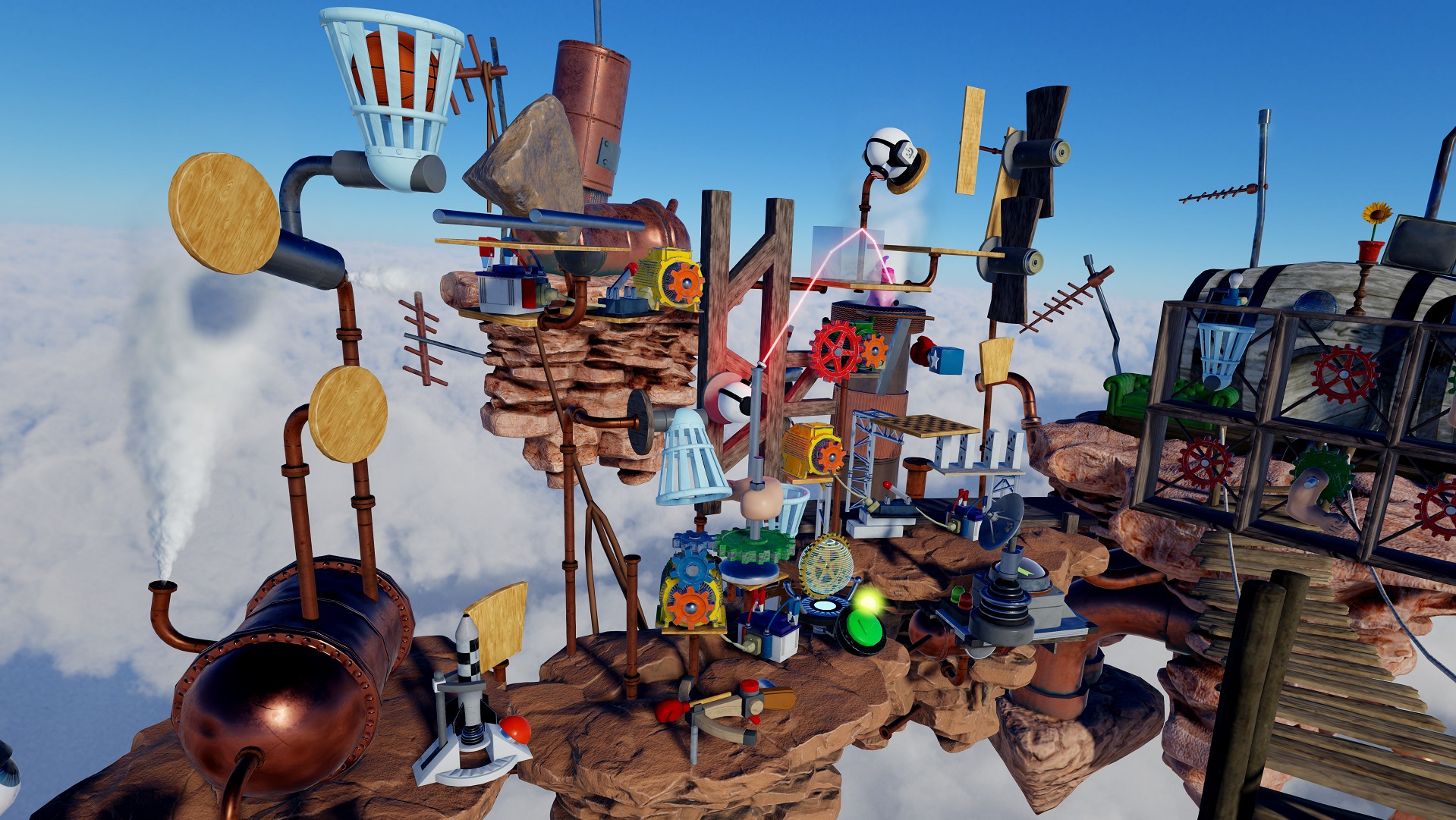 The iOS version releases on Monday!

Do you like like designing puzzles? Do you have a penchant for Rube Goldberg machines? Well, there is a game coming out that may be just for you. FAKT Software and EuroVideo’s newly founded games label Wild River will be releasing their new game, Crazy Machines VR, in 2018 for PlayStation VR, Oculus Rift, and HTC Vive.

Instead of resorting to building complex physics puzzle in 2D space, in Crazy Machines VR you will have the opportunity to problem solve in space using your hands. If you never had the game Mouse Trap growing up, now is your chance to relive some of the childhood memories you missed out on.

The gaming world isn’t a stranger to the Crazy Machines franchise. It is a well-received physics puzzler that had its debut back in 2005. Now, in 2018, the next entry in the franchise is dipping its toes into the realm of virtual reality, opening up its gameplay to new possibilities. In Crazy Machines VR, you will be accompanied by a robot assistant who helps you construct zany machines using an assortment of objects ranging from mundane to wacky. You can check out Crazy Machine's gameplay in the trailer below.

Crazy Machines VR will be releasing for PlayStation VR, Oculus Rift, and HTC Vive later this year. It will be one of the few games available for basically every major VR platform, so this is certainly one to look out for if you own a VR headset.