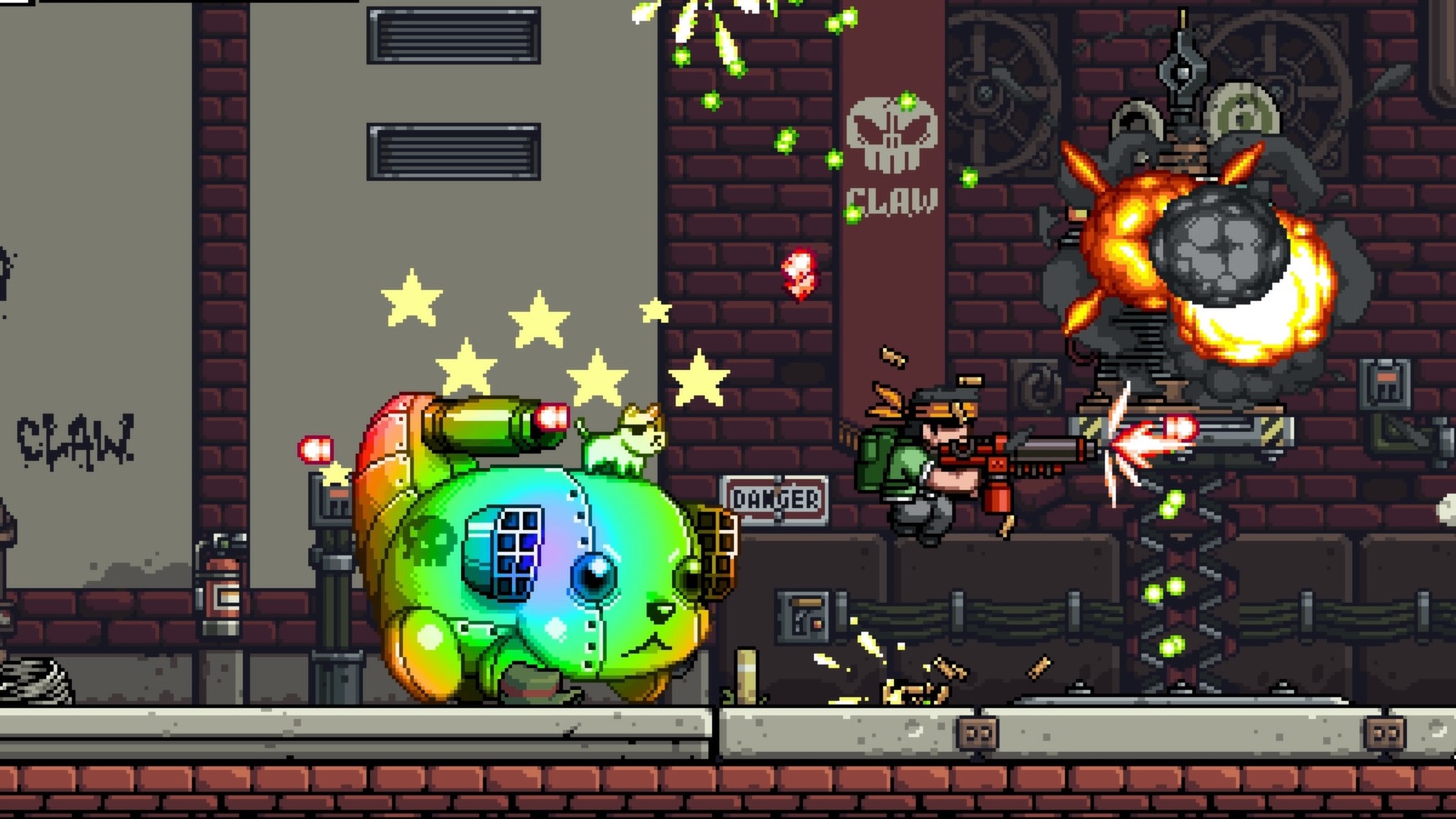 Mercenary Kings Reloaded Out Now on PC and Consoles

Montreal-based independent game studio Tribute Games originally released their side-scrolling 2D action game Mercenary Kings on PC and PlayStation 4 back in 2014. The old-school arcade shooter is back and better than ever with the Reloaded Edition, which is available now on Xbox One, PS4, PS Vita, Nintendo Switch, and PC.

Mercenary Kings: Reloaded Edition features additional content and gameplay adjustments that improve upon the original version for $19.99. If you already own the game on PC or PS4, the new features and improvements will automatically update at no additional cost to you.

In Mercenary Kings, you face the forces of CLAW as a skilled mercenary-for-hire, wielding a slew of weapons to take down Commander Baron’s troops. In this new reloaded version of Mercenary Kings, players can command a mecha-armor in a new Steel Soldier Mission. Tribute Games have also given players the capacity to craft up to 20 new weapons to dispatch enemies in all its Metal Slug-like glory.

“We are very grateful for the infatuation the fans have shown and wanted to thank them with this reloaded edition while at the same time making the game available to all platforms," says Jean-Francois Major, co-founder of Tribute Games.

If you’re itching for some retro gunplay with breakneck pacing and action, there is no better time to play Mercenary Kings than with the Mercenary Kings: Reloaded Edition.