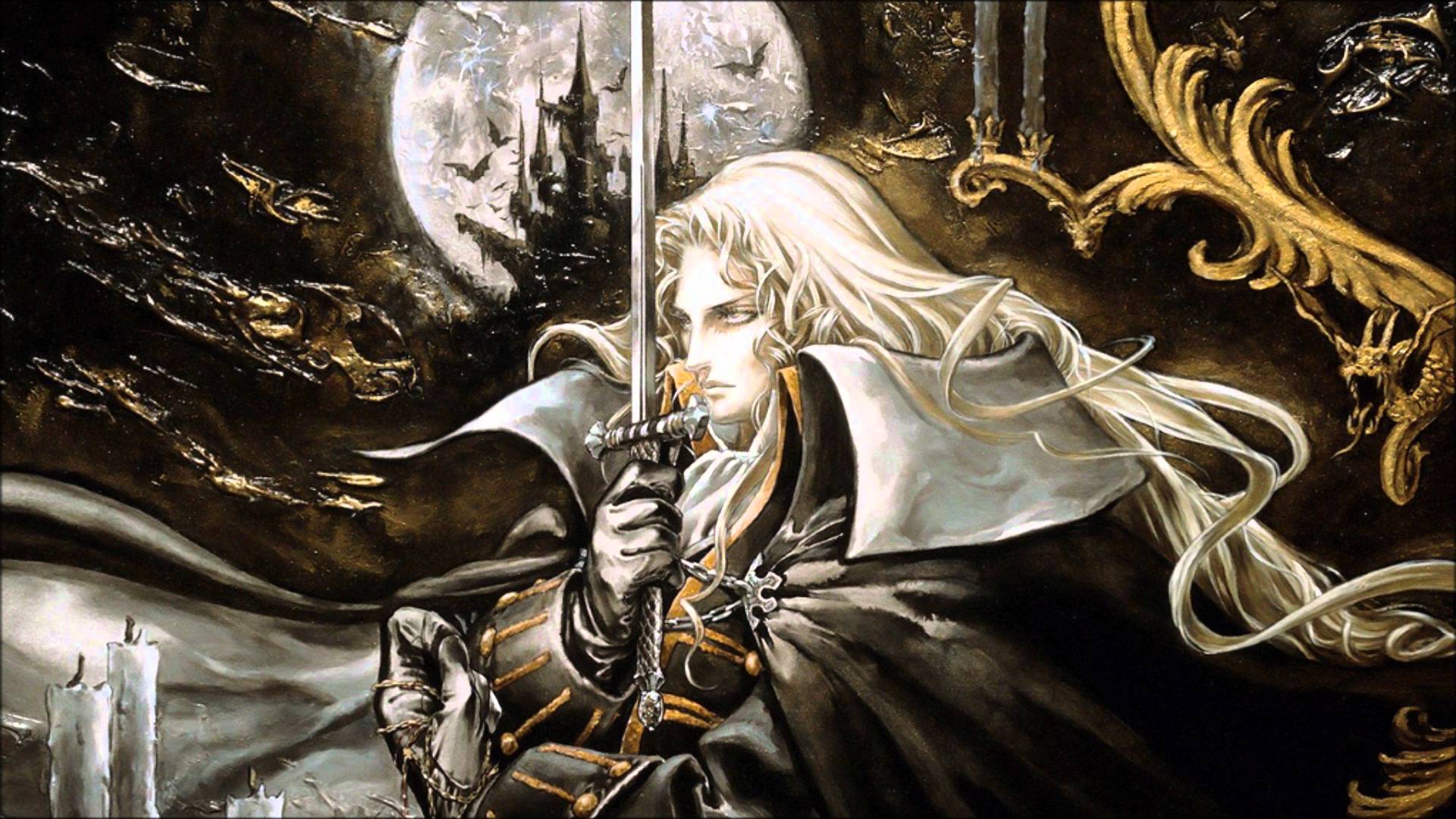 Castlevania: Symphony of the Night retrospective

The concept of "Metroidvania" is so drilled into our collective gaming consciousness at this stage that it's easy to forget Castlevania didn't begin this way. Super Castlevania IV on the Super Nintendo, for example, was a classic linear platform action game, where Simon Belmont whipped and jumped his way through discrete stages leading to a final showdown with Dracula. It was Symphony of the Night, released in 1997 and celebrating its 20th anniversary in North America this month, that changed everything.

Let us go out this evening for pleasure

On the surface the setup seemed familiar: after a whirlwind playable prologue in which Richter Belmont defeats Dracula in his throne room, players are thrust into the boots of Alucard, who is returning to Dracula's Castle to vanquish evil once and for all. Then it quickly becomes apparent that things are different. Stripped of his powers after an encounter with Death, Alucard has to explore the castle, left, right, up and down, gradually coloring in a castle map room by room, seeking out powers and items to open magically sealed doors and overcome seemingly impassable obstacles.

What's more, he has no whip. The first enemy he fights drops a short sword, which it turns out you can equip from the inventory menu. More weapons and armor follow. As Alucard takes down more enemies, occasionally he levels up, boosting his stats. Other items start to present themselves, hidden in nooks and crannies that often need to be puzzled open, offering buffs and perks. There are different movesets and special moves activated through Street Fighter-style d-pad combinations. It turns out Symphony of the Night has not only rewritten the way players progress through the castle, but has evolved into a full-blown RPG.

Faced with this back in the 90s, the average Castlevania fan couldn't believe his or her luck, and Konami's decision to stick with 2D visuals helped seal the deal. While other developers raced to take advantage of the PlayStation's potential for 3D environments, Symphony of the Night made limited use of 3D effects - a clocktower in the background rotating gently to camera as you run past it, for instance - to burnish beautiful 2D scenes. The art direction in Symphony of the Night is exquisite - in your mind's eye you might imagine a dark, static set of locations, but Dracula's castle is bursting with color and movement, with cracks of lightning firing shadows across the screen, windows and doors clattering open and shut against the storm outside, and bold character sprites beautifully animated.

The night is still young

Exploring that gorgeous castle for the first time is one of the most singular pleasures in the Metroidvania genre, and the game's finely tuned design feels as fresh today as it did in 1997. It only takes a few minutes before you understand the core tenets of Symphony - the exploration, the combat, the character development - and while there is much to master, including a set of unlockable souls that bestow new abilities, you feel powerful quickly, dispatching bosses and building up resources before you've even saved your game more than a handful of times. Save rooms are frequent enough to keep things flowing when you do fall down, too, and every time you reach a new one it's always tempting to keep going. "Perhaps I'll just fight my way to the next one before I call it a day," you say to yourself, before realizing it's already gone midnight.

One of Symphony of the Night's greatest triumphs, though, and perhaps the thing that truly sealed its legend, was what happens when you finish the game in a certain way. It turns out that Symphony of the Night actually includes a second castle, an inverted version of the first. Standing on the ceiling feels novel to begin with, but it soon becomes serious business as you get to grips with new enemy placements and use the knowledge you've built up exploring the castle the right way up to puzzle your way through this alternative. If you can find everything, you can top out the completion percentage at 200.6%, which is some pretty creative accounting, even for forces beyond the grave.

There wasn't much to say against Symphony of the Night at the time and that remains true today. A lot of older games feel unfairly difficult with the passage of time, or their mechanics are superseded, but there isn't much in this game that would cause concern in a contemporary adventure. The voice acting is probably the only thing - cheesy and overblown, based on a script clearly written in someone's second language - but even that has its own period charm. Speaking of audio, the orchestral soundtrack is something else.

I will feast on your soul this night!

Castlevania: Symphony of the Night used to change hands on eBay for large sums - and still does, in fact, if you're desperate to own it on PlayStation - but thanks to the advent of digital distribution there are now other, more convenient ways to play it. At the time of writing, Symphony of the Night is available on both PlayStation Network and Xbox Live in a version originally released on Xbox 360, and while purists will prefer to experience it on its original hardware, none of the magic is lost in this faithful conversion. If you have never played it, take our word for it that it's worth the trouble. Happy birthday, Belmonts.