It looks as though plenty of content was left out of the Sea of Thieves Closed Beta. 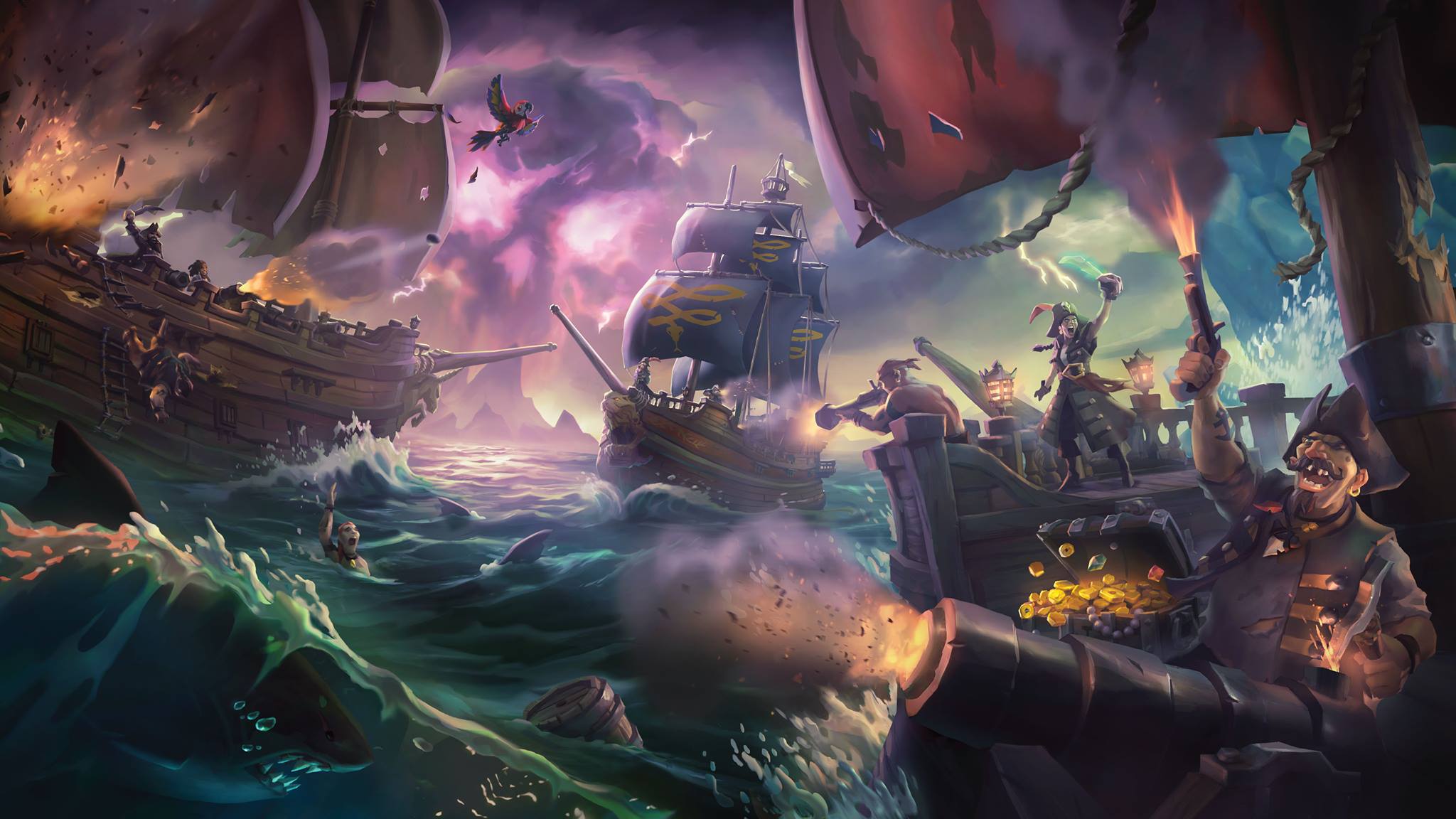 5 Ways to Improve Sea of Thieves

Sony's handheld is a bit of a cult classic, with a back catalogue to match.

As a multiplayer-focused game, Sea of Thieves primarily centers around player engagement and cooperation. Whether you’re teaming up with friends to hunt down unsuspecting players, or mentally preparing for a solo sea voyage of your own, Sea of Thieves offers some exciting encounters for fledgling pirates to look forward to.

Although there’s plenty of multiplayer fun to be had on the open sea, it would be nice to also have some sort of neutral “parley” zone where players can interact with one another and partake in various activities without having to worry about being killed or having their boat ransacked. Better yet, we’d love to see a larger zone dedicated to PvE activities. There could be mini games such as fisticuffs, dagger-throwing contests, or even drinking games. Players could come to the neutral zone to find other pirates to team up with, or simply take a load off after a long day out at sea. Many multiplayer games have adopted the idea of a social hub, and we feel that Sea of Thieves should offer something similar.

Speaking of teaming up with other pirates, one feature that would make Sea of Thieves even better is the ability to recruit comrades or join players in-game, without having to back out of the lobby. There comes a time in every pirate’s journey where they have to say goodbye to fellow teammates, usually because someone needs to leave. For the sake of convenience, it would be nice to have an option that allows a new player to join your crew without having to restart the matchmaking process.

When you encounter another crew of pirates in Sea of Thieves, the instinctive reaction is to either prepare for battle or try to escape. We would like to see a third option that involves collaborating with different pirates and crews to take down a shared threat, whether it be other NPC-controlled pirate ships or large-scale boss battles. Having a way to join forces with other pirate crews would help break up the repetitive cat-and-mouse feeling that the gameplay currently has.

Although solo play is an option in Sea of Thieves, the gameplay is undoubtedly intended for group multiplayer. Based on our experiences in the beta, there isn’t a whole lot of incentive to brave the seas alone. Of course, playing solo still has its merits, like not having to worry about unhelpful crew mates, or the added satisfaction you get from tacking challenges by yourself. However, if the payoff was better or if there were solo-only benefits like perks or bonuses available in the game, it would make solo play that much more enticing.

One of the most exciting parts of pretending to be a pirate is cracking open chests full of treasure. When we discovered that the chests in Sea of Thieves could not be directly opened, it admittedly took the wind out of our sails. Chests are instead relegated to fetchable items for quests in Sea of Thieves. This is mainly for practical purposes, as it allows for easier plundering. Nevertheless, having a few lootable chests would only add to the realism and make piracy all the more satisfying in Sea of Thieves.

These suggestions are based on our experiences during the Closed Beta. However, there’s still a chance that some of this may already be coming to Sea of Thieves at launch. What other features would you like to see added to Sea of Thieves? Let us know in the comments below.