Rare has rolled out a fix to address connection issues in the Sea of Thieves Closed Beta. 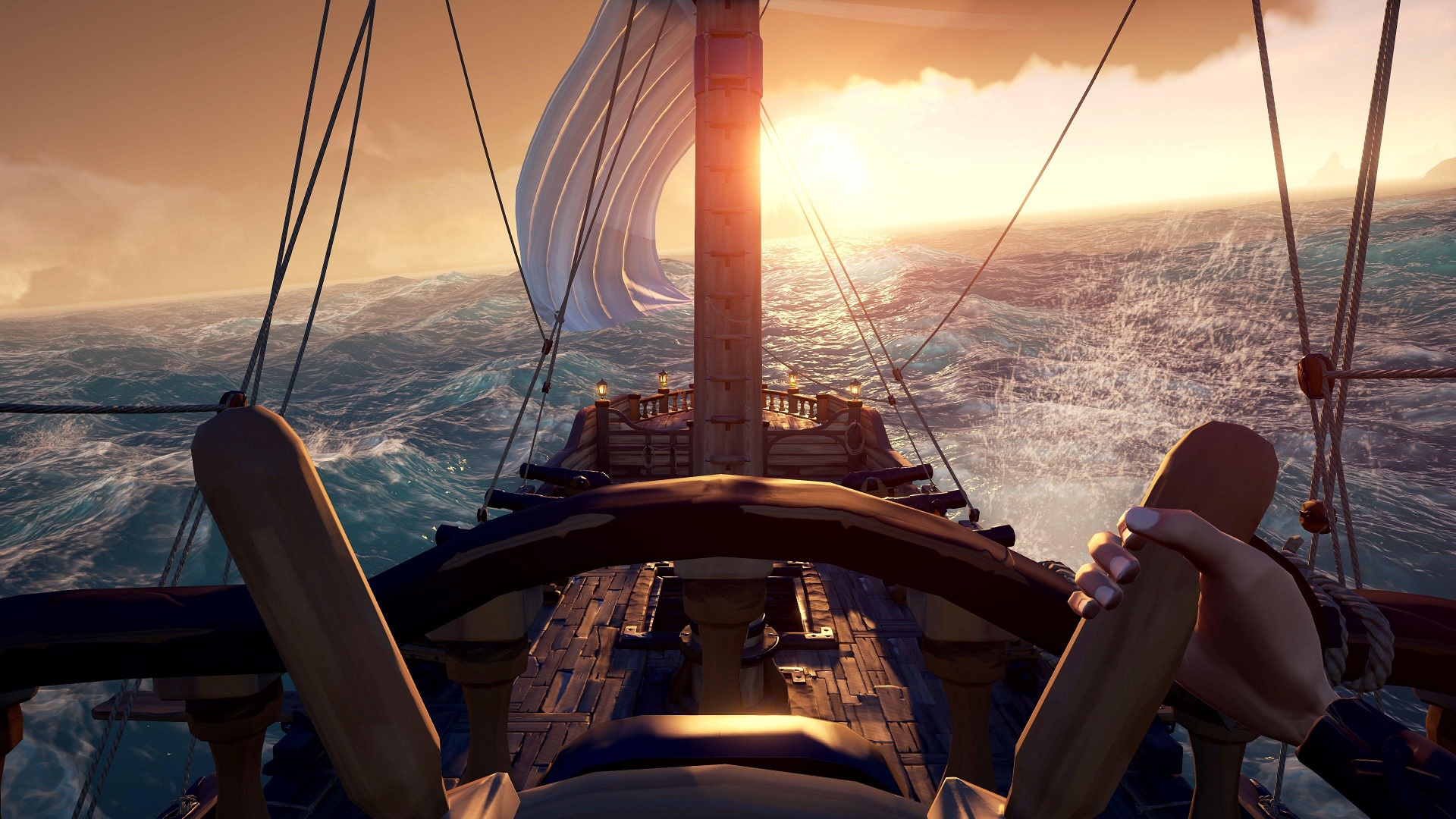 Rounding up the best #ScreenshotSaturday clips of the week.

While being a lone pirate in Sea of Thieves can be an exciting endeavor for experienced sailors, it can also be a bit discouraging for those who haven’t found their sea legs yet. It’s clear that Sea of Thieves was designed with group play in mind, but that doesn't mean solo pirates can't have a few scurvy strategies up their sleeves. This guide offers several tips for playing solo in Sea of Thieves that will hopefully help lone pirates survive their voyages.

Only Sail at Night

If you’re voyaging alone in Sea of Thieves, one way to avoid enemy pirate ships is to sail during the evening. The cover of dark will help keep your ship hidden, plus your smaller boat size makes you harder to spot anyway.

Before you raise anchor and set out into the night, it’s a good idea to climb up to your crow’s nest and have a look around first. The high vantage point will allow you to spot potential enemies in the distance and help you determine the best route.

Turn Off All Lamps

Following up from the previous tip, you’ll want to turn off all the lanterns on your ship to avoid being spotted. Sailing with your lamps on at night will make you an easy target for anyone actively hunting down ships to ransack, so you’ll want to keep a low profile. Get into stealth mode by turning off the pair of lamps in the front as well as the cabin lamp to maintain cover while sailing solo.

Use Storms to Your Advantage

The storms in Sea of Thieves are no joke. When caught in a storm, your ship will be very difficult to steer and your compass will begin spinning out of control. The crashing waves can burst holes in your vessel as well. You’ll need to quickly begin damage control lest your ship goes under.

Although storms are a very realistic threat in Sea of Thieves, that doesn’t mean you can’t use them to your advantage. Since storms are so treacherous, most players will get in the habit of avoiding them at all costs, especially pirates who are aware of their surroundings due to actively seeking opponents to attack. This means you don’t have to worry too much about having an enemy suddenly come out of a storm to ambush you.

You can essentially treat storms like huge no-sail zones. Travel close to storms to use them as protection. Just be sure to keep an eye on the storm itself to ensure you don’t end up within it.

Use Islands to Avoid Enemies

Like storms, large islands can make for convenient cover from other ships. If you spot an enemy ship in the distance while sailing close to an island, tuck tail and sail in the opposite direction around the island itself. The enemy ship will hopefully have lost sight of you, giving you the opportunity to sail away. Even if they try to hunt you down, you’ve put a big enough obstacle in their way to make the attempt more cumbersome.

Team Up with Other Solo Pirates

Okay, this bit of advice is admittedly easier said than done. However, it’s not impossible. Venturing out on your own and befriending another lone pirate can be a truly memorable and gratifying experience in Sea of Thieves, more so than pairing up with someone in matchmaking, since it would be a purely organic partnership.

Of course, there’s a few things you’ll have to watch out for, such as friendly fire and the inability to complete the same quests. You can gesture to players though, and due to the way the chat system works in Sea of Thieves, you should be able to communicate as long as you’re in proximity to one another.

If you spot a solitary player during your adventure, try to approach them with caution and give a friendly “Ahoy!” or another gesture to signal that you come in peace. If they’re friendly in return, then the two of you can begin your unique expedition together, which is one of the more interesting emergent properties of Sea of Thieves. Braving the seas with another pirate you met along the way can make for an experience you won’t forget. We definitely recommend giving it a try next time you set sail alone.

Sea of Thieves will release for Xbox One and Windows 10 PC on March 20. It's also worth noting that the Sea of Thieves Closed Beta has been extended to make up for lost time due to launch issues.