Made by Portkey Games, also working on Niantic's next AR hit. 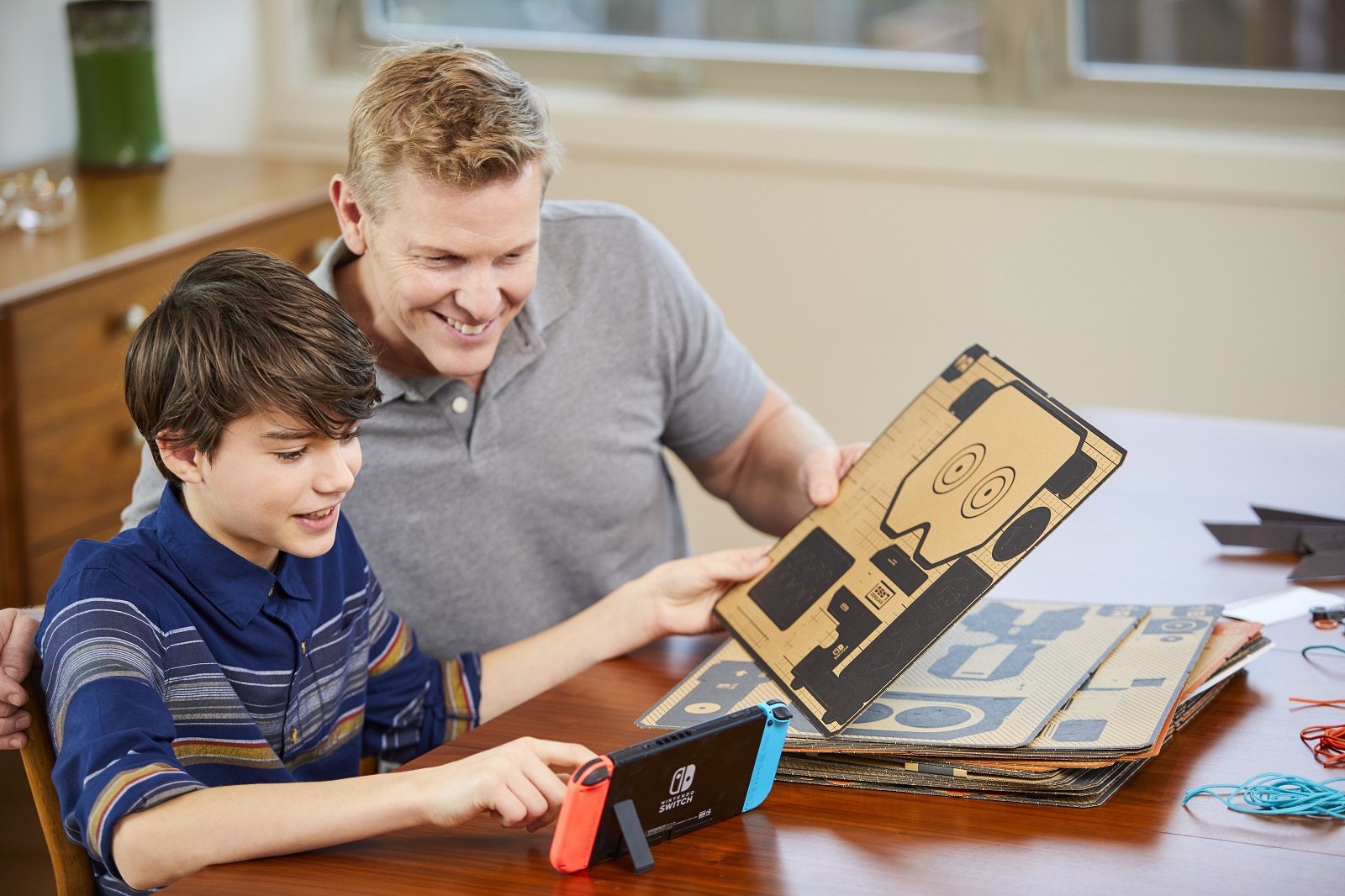 The patch update adds 5 new locations, including an underground mine.

Yesterday, Nintendo revealed their latest concept dubbed the “Nintendo Labo.” Essentially, the Nintendo Labo is a game capable of transforming the Nintendo Switch Joy-Cons into a variety of interactive toys via the use of constructable cardboard sets.

The Nintendo Labo is scheduled to release on April 20th with two different kits available. The cheapest is the Variety Kit at $69.99, which includes the game and all of the necessary cardboard accessories. If you want to build yourself the cool robot seen in the trailer, you’ll need to shell out an additional $10 for the Robot Kit at $79.99.

While there’s been a lot of buzz surrounding the Nintendo Labo, we can’t help but wonder if the concept could use a few adjustments. So, what improvements does the Nintendo Labo need in order to ensure its success in 2018? Let’s take a look!

First, and perhaps most importantly, the Nintendo Labo needs to have clear replacement options. Cardboard isn’t the most durable of materials, and if you have small children or a box-loving housecat, your Nintendo Labo creations are likely to become damaged at some point in time.

Right now, there are zero replacement packages available on the Nintendo Labo website. There have been various reports stating that Nintendo does intend to provide replacement kits and templates, but until they’re viewable on the site it’s hard to confirm exactly what these replacements will be comprised of.

In order to ensure the Nintendo Labo’s success, we feel Nintendo should offer replacements for all of its cardboard designs. Especially seeing as how parents won’t want to spend an extra $70 solely to replace a broken cardboard fishing rod. Speaking of which, Nintendo could offer “replacements” in the form of standalone design options.

These could come in the form of single design packs, which would be perfect for Labo owners who either need to replace a broken item, for those who just want to make an additional piano, etc. Again, Nintendo has announced plans to release replacements and free templates so this improvement will likely take care of itself but it’s nevertheless worth mentioning.

This one may sound incredibly stupid, but hear us out. Aside from kids, who gets the most enjoyment out of cardboard? Cats. While the Nintendo Labo is perfect for kids and parents alike, what about pet owners? Not all adults have or want children, though pets are an entirely different story.

We’re willing to bet that more gamers have pets than children (or have kids that aren’t quite as interested in Labo as they are). In order to make Labo appeal to a wider audience, why not offer designs for pets? While the cardboard functionality of Labo may appeal to cats the most, that’s not to say it couldn’t work for other animal companions.

The only issue with this idea is the cardboard material and the possibility of needing your fragile, $80 Switch Joy-Cons to make a certain design work. Furthermore, you don’t exactly need Nintendo Labo to create cardboard toys for your pets. There are design ideas available online, and if you’re crafty enough, you could probably figure out how to construct a badass cardboard tank for your cat or dog.

That said, the Nintendo Labo game appears to help with the construction process of these items, giving you clear step-by-step directions. Not all of us are cardboard origami masters, meaning we’d certainly welcome a “Pet Set” concept for Nintendo Labo, especially if it provided us with easy instructions on how to piece everything together.

3) Submit Your Own Designs

Following the Nintendo Labo’s announcement, people on social media began posting their own cardboard box designs and to be honest, some of them were quite good. For example, take this cardboard PC posted by Origin PC, or this cardboard tank for adults. Basically, you don’t need Nintendo Labo to know that there’s a lot you can make out of cardboard.

Rather than having Nintendo plan and create new designs for Labo, why not encourage users to submit their own designs? As further encouragement for user submissions, Nintendo could even hold competitions for the best original Labo designs. We don't know about you, but we'd certainly be down to attend a Nintendo Labo event at Nintendo NYC!

All in all, by opening up the creative process to Labo owners, Nintendo would have less legwork to do in regards to supporting Labo.

4) Labo Templates for Other Mediums

With Nintendo planning to release templates for its Labo creations, we couldn’t help but think of other ways to make accessories for the Switch. One such method centers around 3D printing, which has been steadily gaining in popularity as 3D printers become more readily available.

Wouldn't it be awesome to have a free 3D printing template for the Labo designs? Not only would this eliminate the durability concerns of cardboard, it’d also give ambitious creators a whole new way to approach the Labo concept. Other options include printable paper designs (origami) to help younger kids practice designing with Labo, and stencil options for artists.

It’d be extremely exciting to see Labo expand into other areas and become a go-to hub for established creators and those looking to dabble in the creative process.

Finally, we’ve heard a wide variety of opinions concerning the price point of Nintendo Labo. A common theme among these opinions seems to be that people find the Labo to be somewhat expensive. Although Nintendo has confirmed that you don’t need the cardboard kits to make use of the Labo game, they’ve yet to announce a standalone purchase option.

Right now, the cheapest way to get Nintendo Labo is the Variety Kit for $69.99 according to the website. We expect a digital download of Nintendo Labo to launch on the eShop in conjunction with the April 20th release of both the Variety Kit and Robot Kit, but we have no idea how much the game itself will cost.

The game will likely mirror other Nintendo Switch games at $59.99. Should you decide to just purchase the game, you’ll still need to get your hands on design templates and some suitable cardboard. This makes the kits the best entry points for Nintendo Labo in our opinion. At $70 and $80 dollars, though, gamers may find themselves on the fence about purchasing a Nintendo Labo kit.

Rather than waiting for hands-on reviews and feedback, Nintendo could create a third kit at a lower price point with fewer included items. That, or release the templates and cardboard replacements prior to the launch of the game to give people a more informed option.

Overall, the Nintendo Labo is a fascinating creation that only a company like Nintendo could come up with. We’re eager to get our hands on the Variety Kit for Labo when it releases on April 20th, and will be sure to post up a detailed review.

In the meantime, what improvements do you think the Nintendo Labo needs? Let us know down in the comments below!