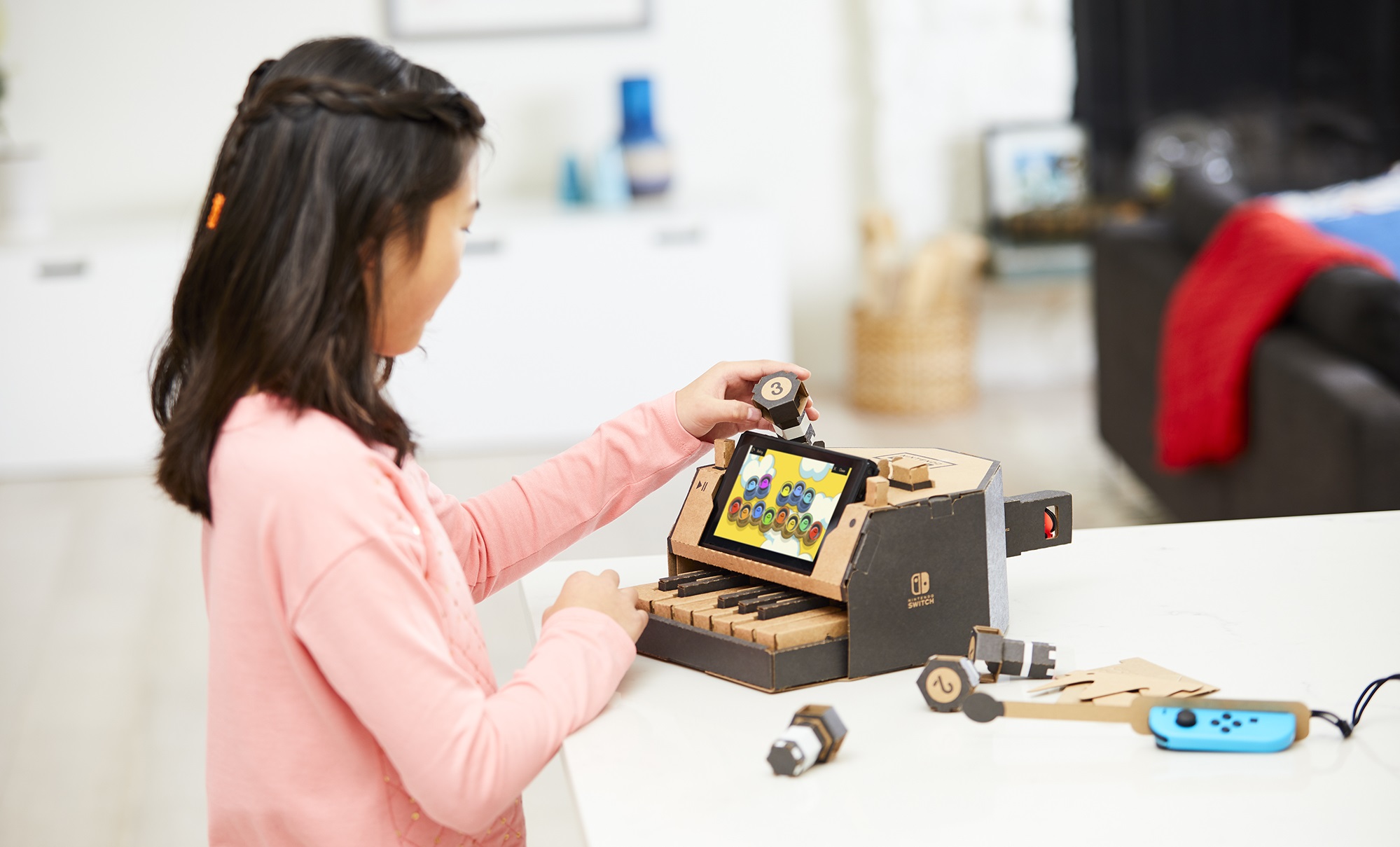 In a new trailer, Nintendo revealed their latest concept: the Nintendo Labo. The Nintendo Labo functions as a set that includes a game and various DIY cardboard accessories, all capable of transforming the Switch Joy-Cons into everything from a piano to a fishing rod.

The Nintendo Labo is scheduled to release on April 20th with two different packages available.

After reviewing the sets listed on the Nintendo website, the “Variety Kit” (priced at $69.99) feels like the best purchase option considering it comes with the game along with all of the necessary cardboard.

If you want to build the robot seen in the trailer, however, you’ll need to buy the slightly more expensive Robot Kit at $79.99. There’s also a customization set for $9.99 which will let you further personalize your Labo creations should you have the desire to do so.

Nintendo’s primary goal with Labo is to get kids more involved with the Switch via a tactile, hands-on experience. The concept itself is quaint, and reminds us of the boy in Japan who built himself his own Nintendo Switch out of cardboard after his mother refused to buy him a real one.

In essence, Labo taps into the creativity of children and blends together physical construction with digital gaming.

“We see this as helping in our quest to broaden the audience for Nintendo Switch,” Nintendo of America president Reggie Fils-Aime explained to The Verge. While the primary focus is on kids, Fils-Aime noted that he thinks “there is an opportunity for this to go quite broad from an age-perspective.”

The Nintendo Labo certainly caught our attention, though we do have concerns regarding Labo’s heavy cardboard focus as it’s not the most durable of materials.

On the site, there doesn’t appear to be replacement packages available, making the $70 price point somewhat risky should something break.

We expect Nintendo to unveil additions and expansions for Labo over the coming months, which makes it hard to determine whether or not Labo is worth it as of right now. Until the Nintendo Labo is released on April 20th, we’ll simply have to play it by ear.

In the meantime, what do you think of Nintendo’s new Labo concept? Are you planning to buy a set on April 20th? Let us know your thoughts down in the comments below!