We're strangely drawn to it. 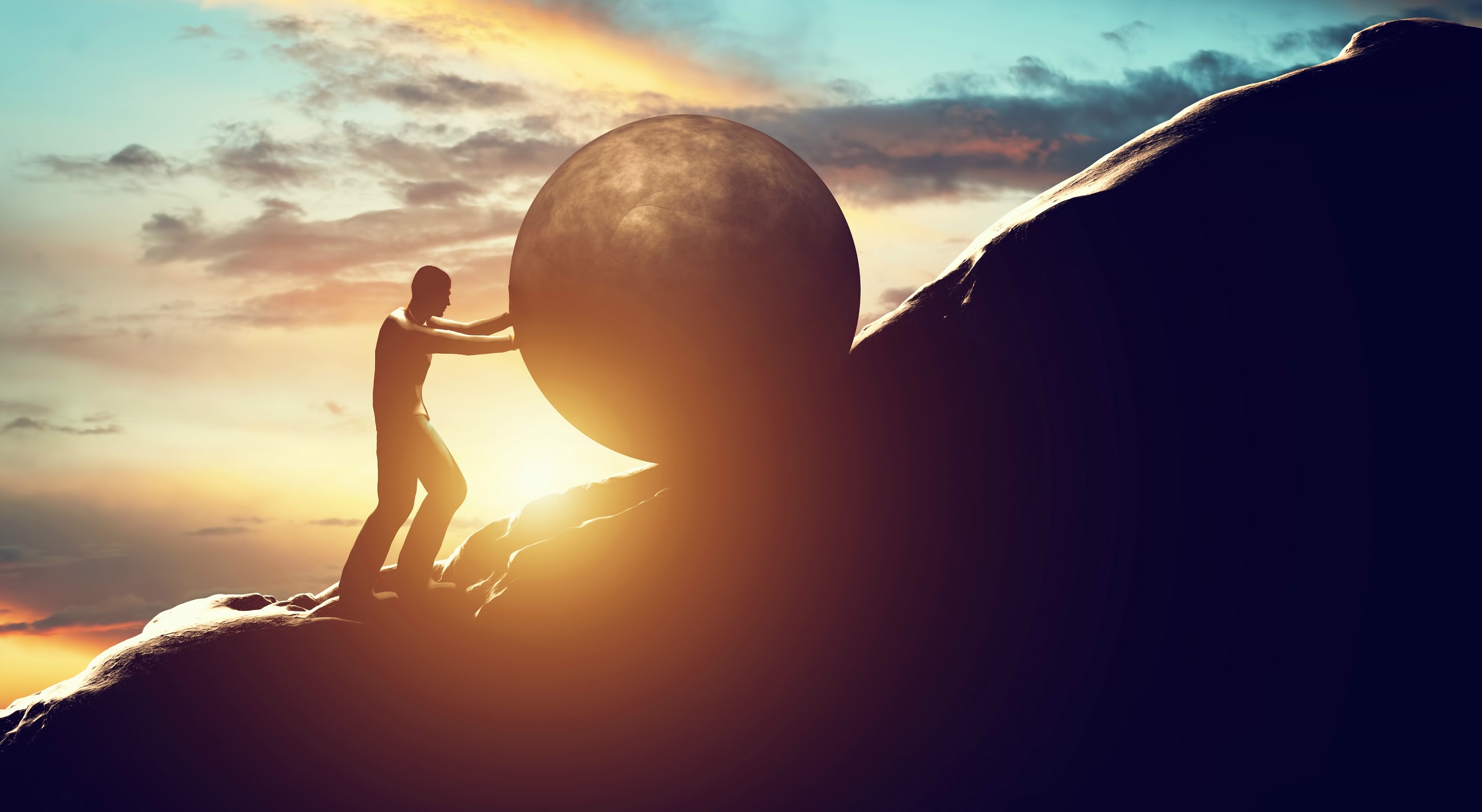 A guide featuring some of the best early game strategies to use while playing They Are Billions.

Before I dive into some comparisons between Bennett Foddy’s infuriating mountain climber and Greek mythology, I want to specify that I highly doubt these stories served as Bennett Foddy’s main inspiration during the game’s creation.

For a closer look at the game’s development, be sure to check out our interview with Bennett Foddy.

With that out of the way, let’s dissect the unintentional similarities between Getting Over It with Bennett Foddy and Greek mythology. Throughout my grueling ordeal in the game, I found myself harkening back to the endless hours I’d spent reading Greek literature in high school and college.

In the game, you take control of a naked man in a large, black cauldron whose only available resource is an unwieldy sledgehammer. Using this hammer, you’re tasked with scaling obstacles that range from spindly trees to mountains to heaping piles of garbage.

One wrong move, and you could find yourself right back at the beginning, forced to start all over again. I personally find the concept itself to be eerily reminiscent of Greek stories where the protagonist learns a particular lesson in a rather painful, torturous manner.

These Greek punishments not only help course correct the culprit, they serve as lasting warnings for others to avoid repeating the culprit’s dangerous behaviors such as greed or pride.

While this is a theme across many cultures and religions, the Greeks were especially creative and resourceful in crafting their tales of woe. Take one of the most popular Greek epics, The Odyssey by Homer.

In The Odyssey, Odysseus is cast out on an agonizing sea misadventure after angering the god Poseidon. Not only does Odysseus learn how stupid it is to piss off a sea god prior to sailing home from war, but that some lessons aren’t as simple as blustery trade winds.

Odysseus winds up facing the loss of his crew, terrifying monsters like Polyphemus (the Cyclops and son of Poseidon), and even a seven-year imprisonment on the island of Calypso, all before finally returning home only to have to vanquish a mob of hungry suitors encircling his wife.

Odysseus isn’t the only Greek character to suffer while learning a valuable life lesson. This theme continues throughout Greek mythology. Take the story of Tantalus, who angered Zeus to the point where he was sentenced to spend an eternity standing in a shallow pool of water beneath a fruit tree with low-hanging branches.

On the surface, this doesn’t seem so bad. However, whenever Tantalus got hungry and reached for the fruit, the branches rose out of his grasp. Whenever he got thirsty and tried to kneel down for a drink, the water receded away. Tantalus was essentially cursed with an eternal deprivation of nourishment, all while reprieve from his thirst and hunger dangled (literally) before him.

Then there’s the story of Sisyphus, which is undoubtedly the closest in nature to the trials of Bennett Foddy’s naked pot man. Like Tantalus, Sisyphus enraged Zeus and for his transgressions and wound up chained to the bottom of a mountain in Tartarus (a deep abyss full of suffering and torment).

In addition to his exile, Sisyphus was forced to endlessly push a massive boulder up the side of a steep mountain. Whenever Sisyphus got close to reaching the top, the boulder was cursed to roll all the way back down, forcing Sisyphus to start all over again.

The result? An eternity of frustration.

It’s these tales of Greek punishment that make Getting Over It so fascinating to me. In a way, Bennett Foddy acts as the game's angry deity bent on inflicting an abnormal, yet undeniably crucial lesson on the player via naked pot man.

To hammer (pun intended) this point home, Bennett sprinkles his own narration throughout Getting Over It to complement the player’s ordeal. This narration offers insight into the task at hand, and teases the player over the futility of their actions.

All in all, Getting Over It harbors a surprising depth beneath its humorous surface. It’s like a modern piece of Greek mythology… well, to me at least. Even if I'm overthinking things, it's fun to dig up possible connections to Greek storytelling as it helps make the game that much more interesting.

I’ll let you draw your own conclusions, though. If you’ve yet to play Getting Over It with Bennett Foddy, I highly recommend you click here to purchase the game on Steam or click here and snag a copy on the Humble Store. It's well worth the time and frustration!