Cyberpunk 2077’s potential demo will likely be shown behind closed doors at E3. 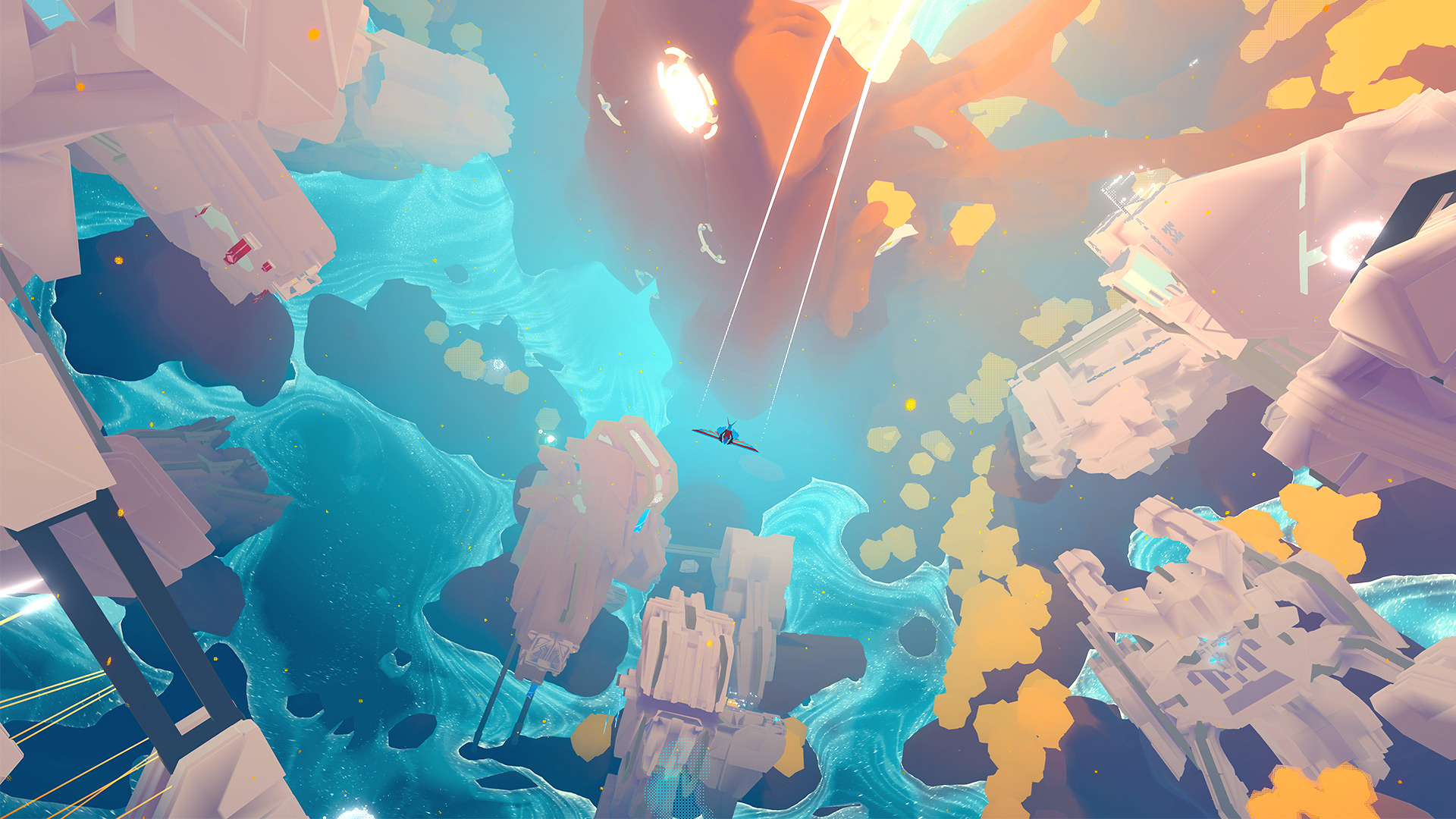 RimWorld's creator has also outlined what to expect in the near future.

InnerSpace is a visually-spectacular exploration game developed by PolyKnight Games. In InnerSpace, players take the role of a smart plane called the Cartographer. Your task is to explore the Inverse, a vast upside-down world, in search of Relics. As you uncover these artifacts, new details are revealed about the final moments of the civilization that once lived there and the demigods that reportedly caused their fate.

At first blush, InnerSpace feels reminiscent of other meditative exploration games like Abzû or Oure. The glowing aesthetic of the landscape invites you to soar through crevices and plunge into the sea with the hope of discovering something new. However, due to the spherical, topsy-turvy layout of the world, it’s easy to get disoriented from time to time. The ocean’s surface can sometimes be hard to distinguish also, causing you to clip your wing on the water and toss you off course. Nevertheless, the gorgeous scenery certainly warrants the occasional screenshot.

In InnerSpace, the goal is to uncover Relics and gain the mystical properties of Wind baubles to reveal new clues about the demise of the Inverse’s long-lost civilization. When you submit each Relic to the Archaeologist for research, you’ll unlock new airframes that give you upgraded abilities. One airframe transforms into an underwater craft with the push of a button, allowing you to go from flying to diving in mere seconds. Others improve your flight speed or handling, which is meant to aid in the exploration process.

Initially, the flight controls felt frustratingly unintuitive. Once you get through the setup tutorial, it’s difficult to get the hang of your movement capabilities. You’ll likely resort to floating and crashing around the flight space to test out different maneuvers in the game. It’s not until you begin unlocking better airframes that InnerSpace’s controls start to click. While it’s possible to play InnerSpace with a keyboard, the game is clearly designed for a controller and you’ll have a much better experience if you play with a controller from the start.

As you explore the world, you’ll also come across various markers that allow you to stop, pivot, and change position before taking flight once again. While it’s nice to have some way to re-orient yourself in the world, it seems like something that should have been left to manual controls.

As inviting as the world of InnerSpace is, my motivation to explore was quickly quelled by an overall lack of clarity. While the objectives for the most part are rather simple (collect Relics/Wind, research, repeat), there often wasn’t enough detail given for objectives that went beyond item collection.

All too often I'd find myself stumped, floating and fumbling my way around a boss for an exceeding amount of time just to accidentally notice some obscure clue or to realize I'd already completed the necessary steps to move on. Plus, it doesn’t help that a lot of the visuals blend together so seamlessly, as this can make it tricky to determine where to go next. Rather than getting a feeling of reward for solving a challenging puzzle, you get a muted sense of completion from simply trying to figure out the steps required to progress.

While InnerSpace has some lovely sights and sounds, the game ultimately feels shallow and unsatisfying. If you’re just looking for a chill game where you can fly around and snag collectibles every so often, then Innerspace will certainly fulfill your needs. However, don’t expect much in terms of tight controls, salient objectives, or a compelling narrative to compliment the visuals.