Who's up for swampier swamps? 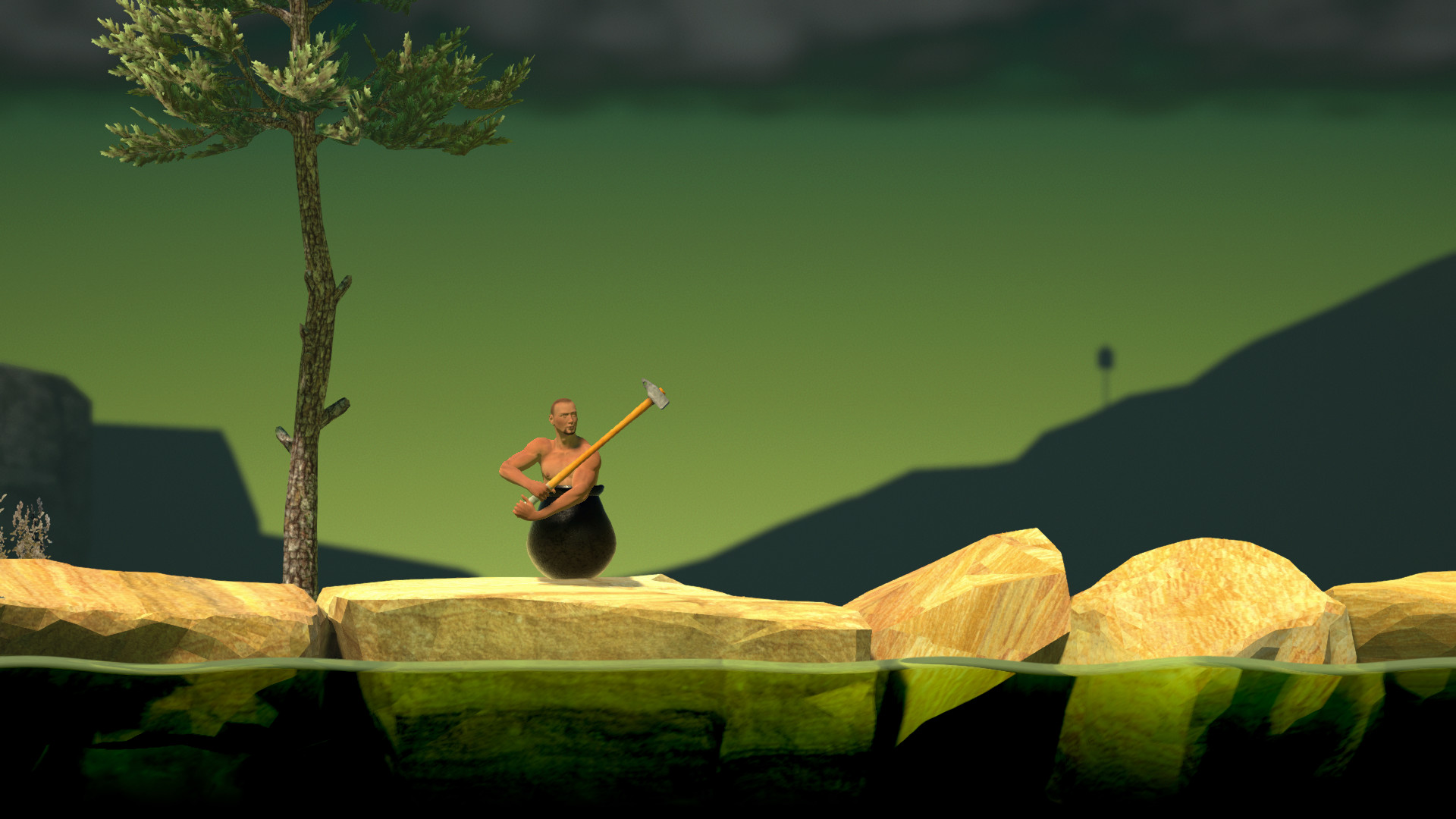 Reaching the Summit - An Interview With Bennett Foddy

The chipper yellow 2DS XL is a must-have for Pikachu fans.

You may know Bennett Foddy from his latest release, Getting Over it With Bennett Foddy. However, he’s also the evil genius behind several cult classic browser games including the mind-numbingly difficult runner, QWOP.

Having failed to learn our lesson with QWOP the first time, we promptly dove into Getting Over It without a single moment of hesitation following its PC release. Currently, we’ve been unable to reach the summit, and have lost track of how many times we’ve fallen.

Despite our lackluster progress, though, we can’t help but want to jump back in to see if we can make it just a little bit farther. The more we play of Getting Over it With Bennett Foddy, the more engaged we become. It truly is a captivating, frustrating, and endlessly addicting masterpiece.

While playing the game, we find ourselves wondering about its creation. What inspired Bennett Foddy to create a game like Getting Over It? What were his previous experiences like, and what plans does he have for the future? Can we expect a Nintendo Switch release of QWOP or Getting Over It? To find out, we decided to go directly to the source!

Q: What first prompted you to explore independent game development and what was the first game you ever created?

A: I’d been interested in making games since I was five years old, but it wasn’t until I discovered the TIGsource forums that I ever felt like it could be possible for me. The first game I ever finished was Too Many Ninjas, a simple flash game which came out at a time when a simple flash game could be featured on Kotaku. It was the support and shared experiences of other forum indies who allowed me to finish it.

Q: Was the experience of creating your first game easier or harder than you initially anticipated?

A: It was easier than I anticipated, I guess. My earlier attempts at learning to make games had been in AMOS and Borland C and I was just totally lost. Flash was a low enough technical bar for me to hurdle over and it allowed me to do a lot of stuff visually.

Q: One common theme among your games is that they feature mechanics that appear simple until you start to play around with them, thereby revealing how difficult they truly are. How much work and planning goes into creating this unique balance?

A: I’m interested in rich, analog interactions, so I feel like this element flows from that aesthetic rather than from explicit planning. Good video games have mechanics that are unruly and disobedient - that’s the guiding principle. The rest is just tuning. A huge amount of tuning.

Q: What inspired you to create Getting Over It, and was it designed to be more challenging than your previous titles like QWOP, or more straightforward?

A: I wanted to double down on QWOP for sure, but the main inspirations were Sexy Hiking, Cibele, and The Beginner’s Guide. I knew I wanted to make an uncompromisingly difficult game but I also needed a way of framing that difficulty so that it wouldn’t simply be sadistic - inserting myself in the game was a solution that seemed to make sense.

Q: Do you ever watch Let’s Plays or live streams of Getting Over it? What have been some of your favorite reactions?

A: I really liked the Baertaffy stream where he fell from the end of the game back to the beginning and just paused for ten seconds in silence. Then he said, “Well, start again.” That’s how I want people to read the game.

Q: What inspired you to create Getting Over It for platforms like Steam after releasing several browser games like QWOP, CLOP, and GIRP?

A: Browser games are back, I think, after a few years in an awkward technological zone between Flash and HTML5. But Humble approached me wanting to commission and original game and I felt like I should design something for their primary audience: people who play on a desktop PC with a mouse and keyboard.

Q: Do you have any pro tips for new Getting Over It players, or do you feel it’s better feel things out and learn as they go?

A: Generally with my games if you try to apply a formula, it’s not going to work out. You need to let your brain adapt to the system.

Q: Getting Over It has received high praise from critics and fans, despite how punishingly difficult it is. Are you surprised at all the attention your game has garnered?

A: Yeah extremely. I don’t think I understood the extent to which performance is central to modern game fandom. It seems like it’s a pretty good game to perform for other people, although that wasn’t the main intent of the design.

Q: Do you ever play through your own games? If so, have you ever rage quit from any of them?

A: Of course you play through your own games in testing them. While I play, I’m aware I could change my game at any time to make it easier, and that tends to balance out any irritation or frustration I might feel.

Q: Do you have any plans to release previous or future games on other platforms such as the Nintendo Switch?

Q: And finally, what sort of advice would you give to aspiring indie game developers, especially ones who want to release games as challenging as yours?

A: I think the only good indie advice is the advice Rami Ismail gives: anything anyone advises you to do is already two years out of date, and clouded by the advice-giver’s experience which can no longer be repeated. You need to be doing stuff that nobody else is doing or advising you to do.

We want to thank Bennett Foddy for taking the time to answer our questions, and we look forward to seeing what other challenging indie masterpieces he releases in the future!

If you want to know more about Bennett Foddy’s latest game, Getting Over It, be sure to check out the game on Steam and the Humble Store.

Additionally, head over to Bennett Foddy’s official website to learn more about some of the other games he’s created, and follow him on Twitter to stay up-to-date on future releases and announcements!