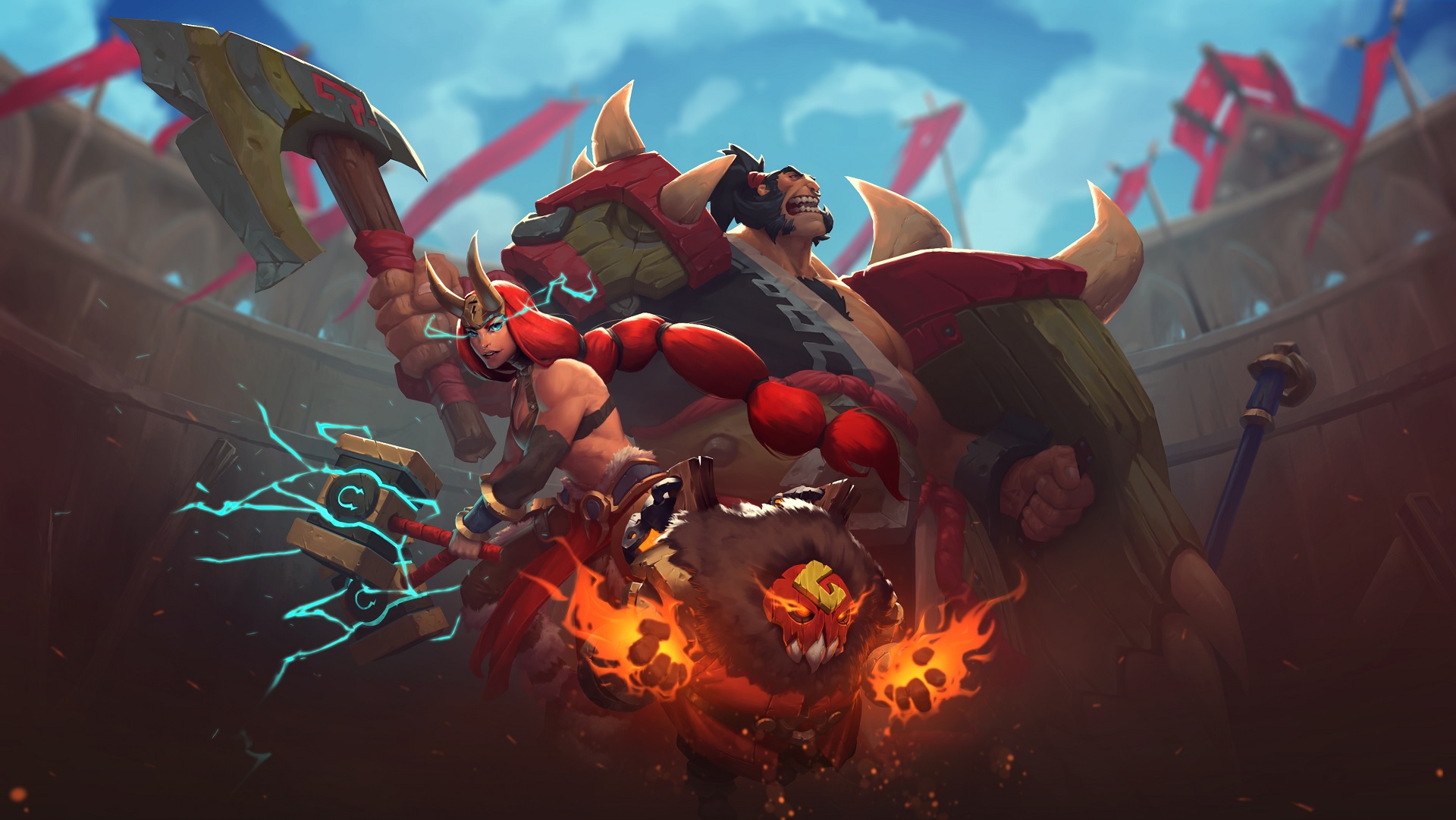 The best clips and pics from this week's #ScreenshotSaturday.

What do you get if you strip away the laning, the itemization, and the general framework of a MOBA, and leave nothing but the intense team fights? You get Battlerite. Developed by Stunlock Studios, Battlerite is a free-to-play arena brawler that focuses entirely on sustained team fighting between their own unique roster of champions.

At the time of this review, Battlerite currently consists of 24 champions with a few of them unlocked via a free rotation system, which helps new players test the waters and see if the game is right for them without making any purchasing commitments.

Each character has a set of five unique abilities, along with a primary and secondary basic attack. This allows for extended engagements that result in teamfights where one has to be constantly aware of an incoming attack, as by the time all five abilities have been used, at least one ability is off of cooldown. There is hardly ever a moment where an engagement of some sort isn't happening.

Because the game is so focused around consistent engagement, bolstered by the implementation of WASD controls, each champion has his or her own viability within every match. Some team compositions may be de facto better than others, but generally speaking, I found the traditional MOBA roles nonexistent.

It isn’t necessary for 2v2 matchups to consist in a hard carry and a tanky support. Though these roles exist, they act more as playstyles rather than typical roles. You can choose to be a melee, support, or ranged character and it wouldn’t matter if you had a champion teammate with a similar playstyle. All team compositions are viable in the right hands.

This lack of strictness to team composition may suggest a lack of interesting abilities, but this would be inaccurate. In addition to your abilities, champions are given the option to choose from a list of "Battlerites" specific to each champion. I found the choice of Battlerites confusing at first, as there are so many to choose from it is difficult to determine what exactly your character needs, or how certain Battlerites compliment a character's play style. But after several rounds of experimentation, I started to get the hang of it. And it won’t take you long learn the ropes and try new things. Why? Because matches are short and sweet.

Each match is structured around a best-of-five setup, with each round being only two minutes long. This means you won’t be in a match any longer than ten minutes. Compared to traditional MOBAs like Dota or League of Legends, the matches in Battlerite are manageable, quick, and to the point. They are like small meals rather than giant feasts.

I very much like this aspect, because as I was learning the game I didn’t need to wait around for thirty minutes before the game was over in order to fix a strategy I was testing out. I could correct my mistake in minutes, if not seconds during the next round. It also allowed me to test out each champion in a relatively short time. There is no need for a surrender option, as the match is over before most traditional MOBAs even allow you to surrender.

While the heart of the game can be exhilarating, the progression system can be a little lackluster. Many items are hidden away in loot boxes, but as far as I have experienced, nothing in them gives you a gameplay edge. Though champion skins can be purchased using in-game currency, the items in the loot boxes seem to be superfluous, so much so that the reward loop is rather muted. Still, if you are looking for a game where you can escape in quick action-packed MOBA-like team fights, you won’t find a better game to do so than Battlerite.