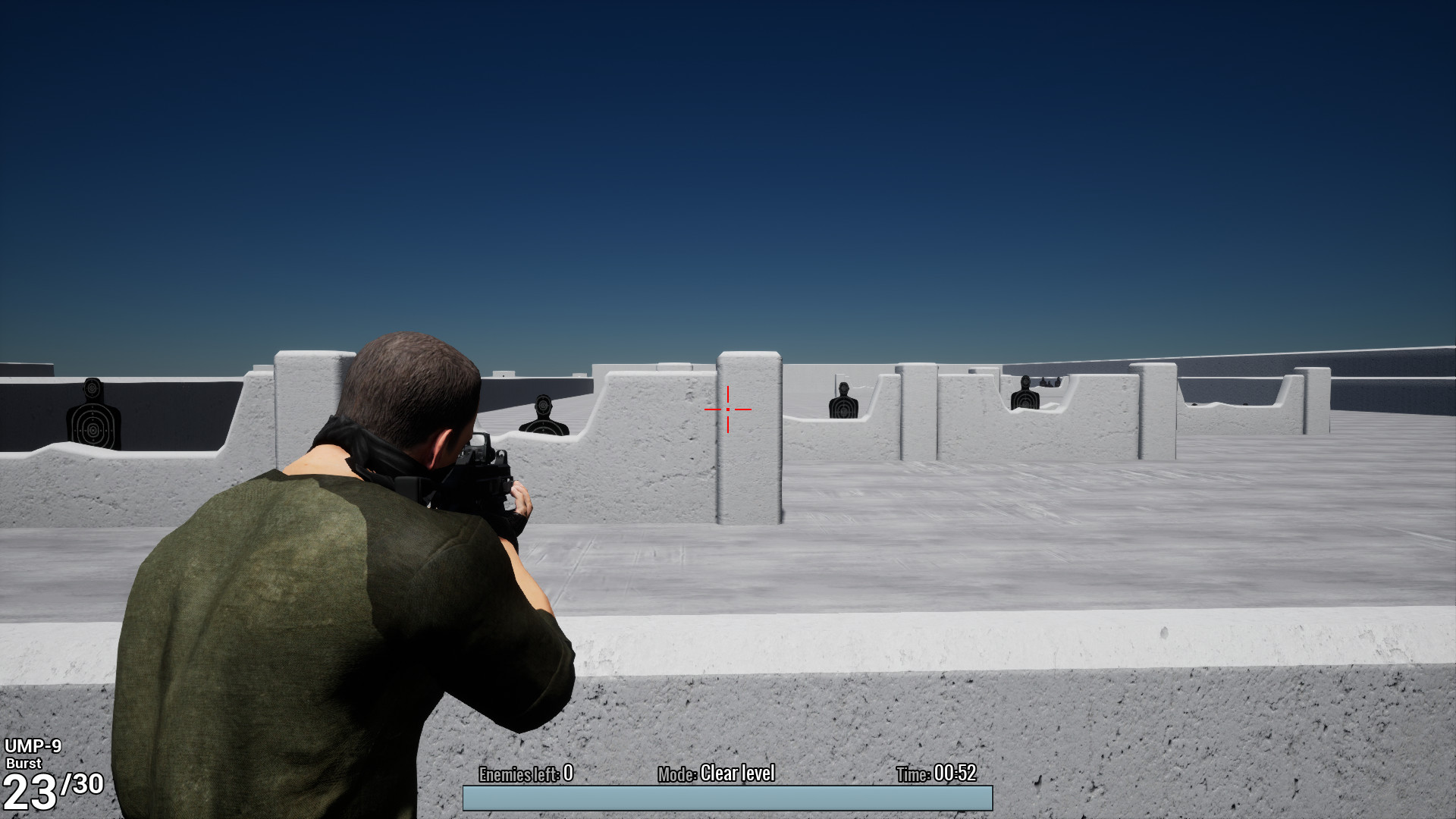 Battle royale games like PlayerUnknown’s Battlegrounds are continuing to take the PC gaming world by storm, and they’re even shifting over to console gaming as well thanks to games like Fortnite Battle Royale and PUBG’s recent Xbox One release. However, as popular as they are, battle royale games are also not the easiest genre to break into, especially if you’re not already a competent shooter player.

Fortunately, developer Trickjump Games has come up with a potential solution in its newest game which has a pretty self-explanatory title: Battle Royale Trainer. True to its name, Battle Royale Trainer allows players to hone their battle royale skills in offline scenarios against AI bots.

Battle Royale Trainer players can customize the experience to their liking, tweaking specific elements of the AI bots to determine their reaction times, movement speed, available equipment, and more. Along with practicing advanced tactics like leaning/peeking and reliably scoring headshots, players can also utilize three different training environments to focus on specific styles of gameplay.

The Urban scenario features a small playspace with closely grouped buildings and ruins, making it ideal for close-quarters firefights, while the Woodland scenario is more open and expansive, serving as a great area to practice sniping. Finally, there’s a firing range where players can test out various weapons against both static and moving targets.

Now, granted, while Trickjump’s goal of providing an offline battle royale training tool is admirable, Battle Royale Trainer’s Steam page reveals that the developer hasn’t quite accomplished that goal, at least if the user-submitted Steam reviews are to be believed.

Two complaints in particular that seem to pop up multiple times are that the weapon ballistics present in Battle Royale Trainer aren’t the same as those in PUBG (and are thus mostly useless), and there’s currently no option to have the bots fight each other, again forcing players to contend with unrealistic conditions when compared to an actual battle royale match.

Still, if you want to try out Battle Royale Trainer for yourself, it’s only $3.99, and you can always use Steam’s refund system if you end up really not liking it.