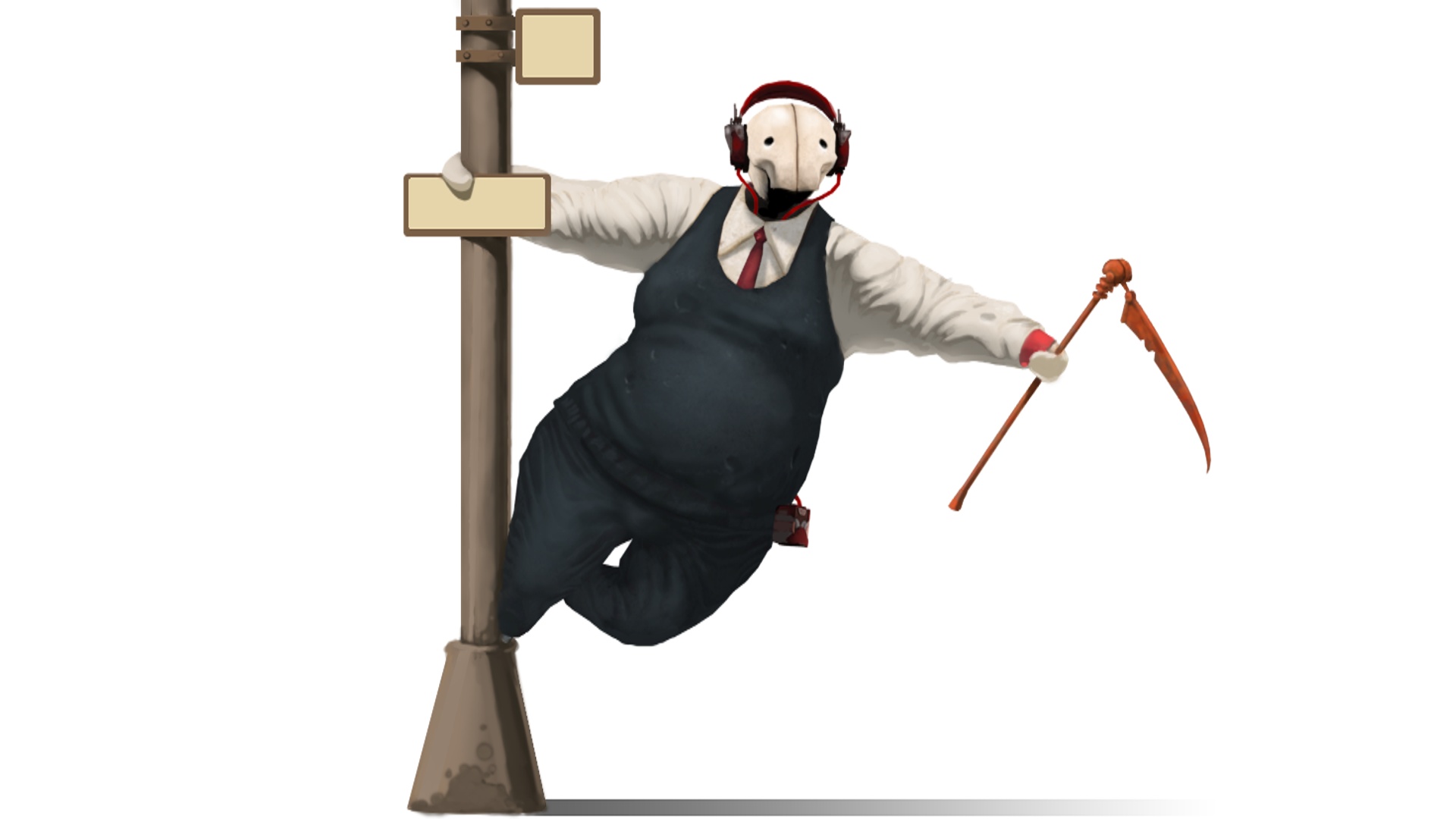 The grim reaper typically conjures images of an ominous, scythe-wielding entity who determines the fate of mortals. Danish indie studio Kong Orange’s upcoming game, Felix the Reaper, turns this concept on its head by depicting death as a stylish fellow who has some killer dance moves and a ceaseless urge to find the woman he loves.

Felix the Reaper is a 3D puzzle adventure game that is described as a "romantic comedy" about death, dancing, and destiny. You play as Felix, a portly Reaper who works for The Ministry of Death. Felix must execute the death plans issued by The Ministry, which usually involve manipulating objects in the world to send someone to their fate.

Felix isn’t quite as macabre as his job would imply. In fact, Felix is somewhat of a hopeless romantic. The reason he works for The Ministry of Death is because he hopes to acquaint himself with Betty The Maiden, a vivacious woman with whom Felix has fallen in love.

Unfortunately, Betty works for The Ministry of Life. Felix abides by shadows while Betty inhabits the light, leaving the two indelibly at odds with one another. Despite their opposing natures, Felix is determined to meet with Betty, if only for just one dance.

“They are basically the Romeo and Juliet of Life and Death,” says Esben Kjær Ravn, CEO and Founder of Kong Orange. “In the game, Felix tries to run into her by seeking out situations through his work where she ought to appear, because where there is Death, there must also be Life, but apparently it's not that easy.”

We caught up with Ravn to learn more about the story behind the portrayal of death in Felix the Reaper. According to Ravn, Felix’s design in particular was directly inspired by Hayao Miyazaki, Adventure Time, and the 1959 Twilight Zone episode, “One For The Angels”.

“The chubbyness [was inspired by] Miyazaki, the tax collector outfit from Twilight, and his long bendy limbs and eyes from Adventure Time,” says Ravn.

“More theme-wise, we've just been totally captivated by the insanity of art history and death. From early medieval artwork up to Grim Fandango. There's so much fun, sex, absurdity and colorfulness there. That's where both the dance and the love story of Betty The Maiden is comes from.”

Felix carries out each death order in stride, grooving and pirouetting with every step he takes while catchy tunes flow through his walkman. The developers at Kong Orange worked with professional dancers to better articulate Felix’s dance moves.

According to Ravn, the decision to use real dancers has helped to make Felix’s animations easier to create. “We've found a way to get both the professionality of the dancers and the animators to combine, which is both fast, inspiring and hopefully way more fun to look at,” explains Ravn.

“Simply using videos of the dancers ensures that the animators are still free to interpret and create, but they get some deeply artistic and meaningful ground work from the dancers directly in front of them as they animate.”

The team also hired a handful of musicians to create dance tracks for Felix’s mix tape. Players can control the volume and change the song that plays during a level by selecting tracks in the main menu.

The core gameplay mechanic of Felix The Reaper is shadow manipulation. As a Reaper, Felix cannot withstand sunlight and thus can only move amongst the shadows. Luckily, he has limited control over the direction of the sun, which plays into the game’s shadow-shifting mechanic.

During each puzzle, players must change the angle of the sun to allow Felix to traverse the world, altaring the sun's trajectory to create new shaded paths for Felix to move along.

Each level in Felix The Reaper involves moving objects around in the environment to set up an event that ultimately leads to someone’s death. Time will freeze, allowing Felix to move about the area to construct a death scenario based on The Ministry's orders.

Not all puzzles lead to death, but there are at least five victims who die at some point throughout the game’s 20+ story levels. All the while, Felix’s charming dance moves and a bit of comedic relief help lighten the mood in each macabre situation.

The demo that I played required me to set up a series of events that eventually led to a deadly hunting accident. The controls were intuitive enough on PC, as most actions can be performed by simply clicking or dragging with the mouse.

The objectives are laid out through a brief cutscene that outlines your next task. The puzzles in each level didn’t take long to figure out, though there was one puzzle that I got hung up on toward the end due to my own lack of ingenuity. The hints in the menu will help clarify your goals in case you forget, but don’t anticipate too much hand-holding if you get stuck.

Felix The Reaper takes a whimsical approach to life and death, with toe-tapping tunes and a charming, rhythmic protagonist to boot. Felix the Reaper is expected to release sometime in 2018 on PC. Follow @FelixTheReaper on Twitter to stay up to date on the game’s progress, or head over to the official Felix The Reaper website for details.