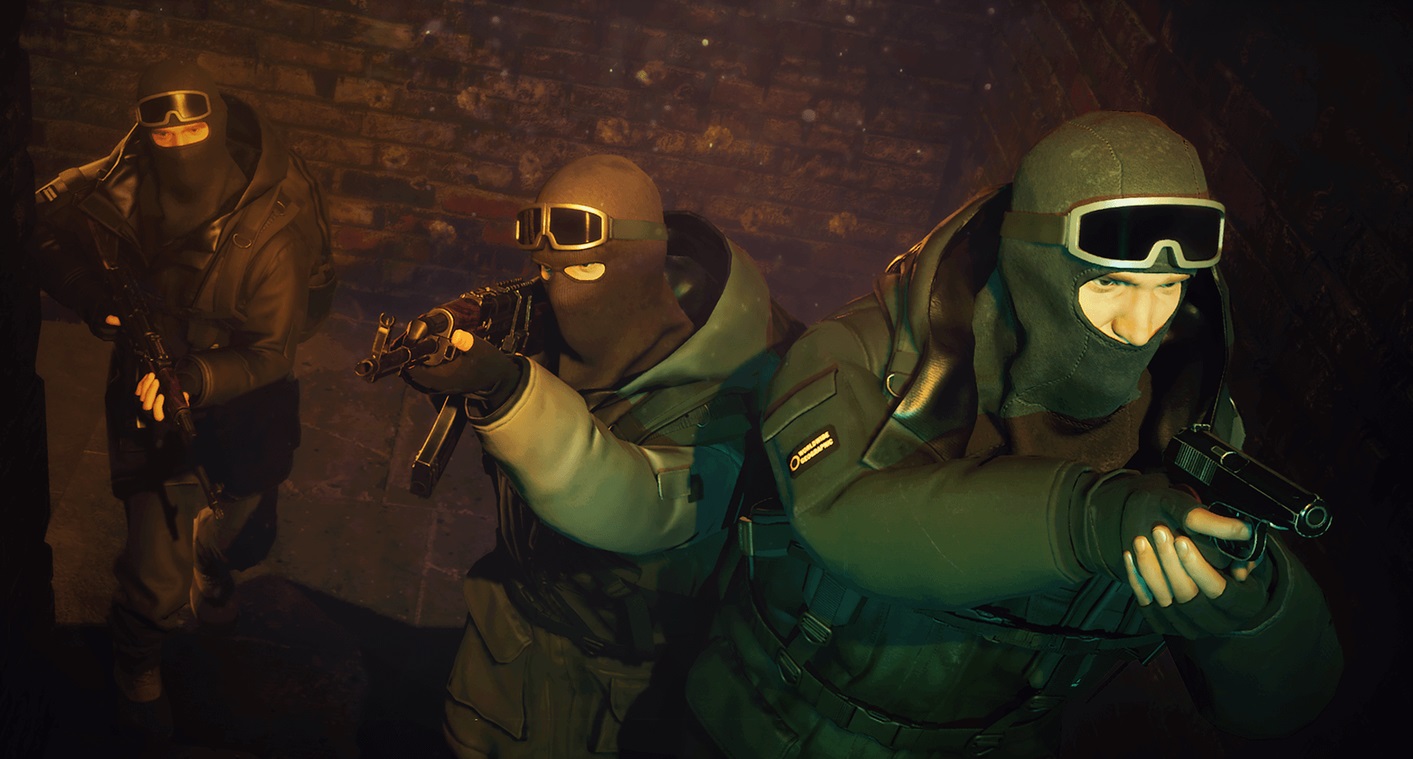 Now, Fntastic has released the first proper gameplay trailer for Dead Dozen, and while the trailer’s alpha gameplay looks a little rough around the edges, the game’s main concept sounds very intriguing.

Each round of Dead Dozen features a total of 12 players, and at the beginning of the round one player is randomly selected to start out as a ghoul. The other 11 players can select from a variety of different survivor classes and sub-classes such as offense, defense, support, and scout. If you’ve ever played the "Infected" gametype in another multiplayer shooter title, you’ll already be familiar with how rounds in Dead Dozen play out.

Every time the ghoul player manages to kill a survivor player, the survivor comes back as a ghoul, slowly whittling down the survivor team over the course of the match. Of course, there are a few elements which separate Dead Dozen from most other Infected game types.

For one, the survivor players can barricade themselves into rooms using boards and shelves. This allows them to funnel ghoul players into choke points and, if need be, mount a desperate last stand.

However, the ghouls have a few tricks of their own. In addition to enhanced speed and agility (the latter of which allows them to do things like quickly traverse elevator shafts), the ghouls can also destroy certain sections of the environment, allowing them to get the drop on survivor players who may have let their guard down after setting up a barricade.

Now, it should be noted that the above video features pre-alpha footage, so it’s definitely lacking some polish. However, even in its rough pre-alpha form, Dead Dozen already looks like it has a lot of potential. If you’d like to get in on the early access build of Dead Dozen, it’s currently available at a discount until January 5th.

The Alpha 1 phase of the game is scheduled to go live on January 18th, and purchasing either of the two early access versions will naturally grant access to the alpha, the upcoming beta, and the full launch (when it's ready). Additionally, both early access versions come with some extra digital goodies so buyers can show off their loyalty in-game.