A new campfire item is coming to Fortnite Battle Royale next week. 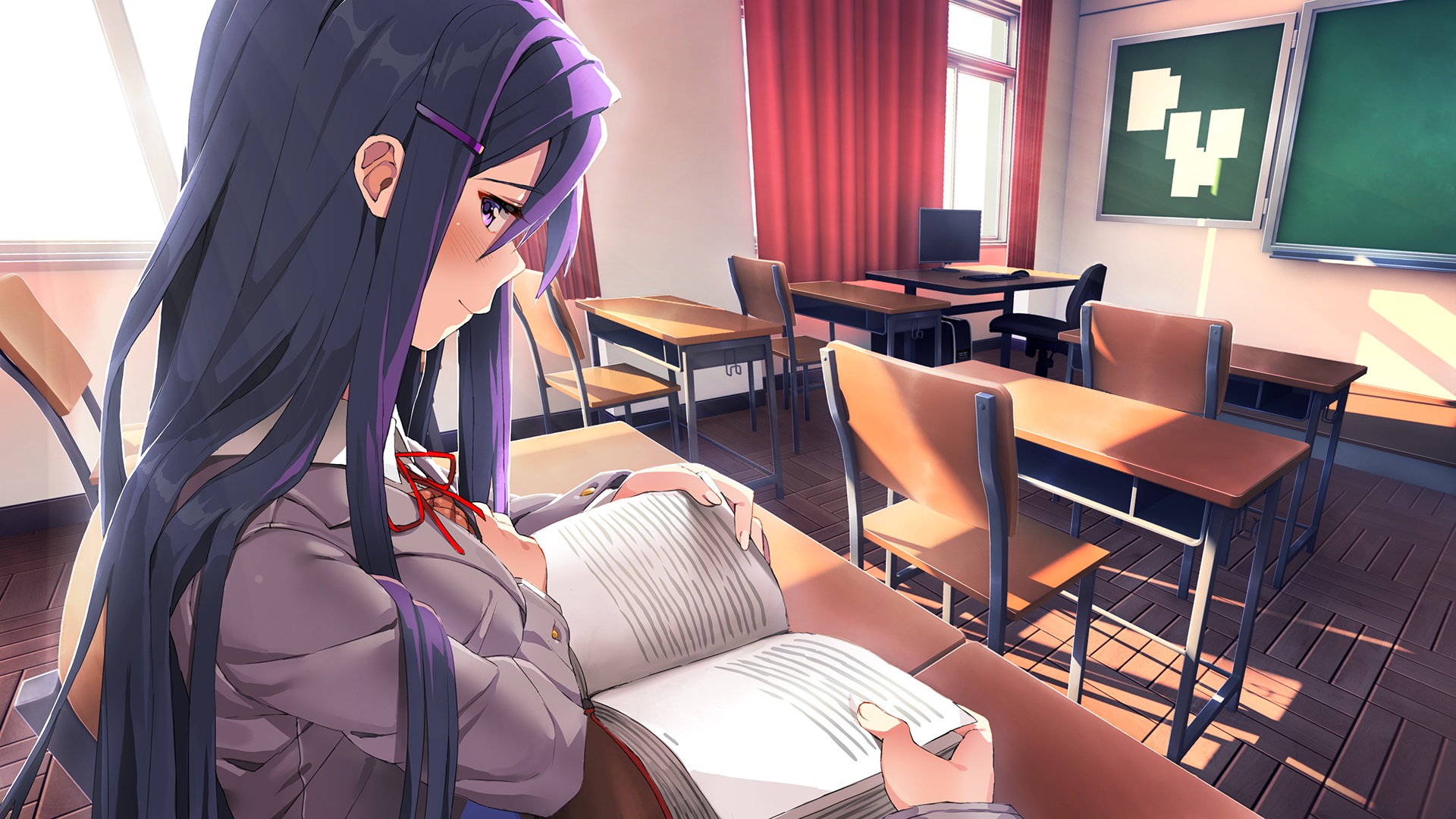 PUBG, Warframe, and other indie hits were among the highest selling games on Steam last year.

In Doki Doki Literature Club, you’re given a strange poem by Yuri that requires proper translation in order to read. Because of this, many Doki Doki Literature Club players have been scavenging for clues on how to translate Yuri’s third poem. The reason why Yuri’s poem appears to be illegible is because it’s written in a font called Damagrafik Script.

When pasted into a text editor, the poem gradually begins to reveal itself. Unfortunately, the translation is an even bigger mystery as it reads as a jumbled collection of words and disturbing imagery. Right now, the poem’s title is known only as “mdpnfbo,jrfp” and many feel it lends credence to theories surrounding the next game due out from developer Team Salvato in 2018.

Want to know what it says? Read on for the full translation of Yuri’s third poem in Doki Doki Literature Club!

Warning: The contents of Yuri’s third poem are extremely disturbing, graphic, and confusing. Read at your own discretion.

Fresh blood seeps through the line parting her skin and slowly colors her breast red. I begin to hyperventilate as my compulsion grows. The images won’t go away. Images of me driving the knife into her flesh continuously, fucking her body with the blade, making a mess of her. My head starts going crazy as my thoughts start to return.

Shooting pain assaults my mind along with my thoughts. This is disgusting. Absolutely disgusting. How could I ever let myself think these things? But it’s unmistakable. The lust continues to linger through my veins. An ache in my muscles stems from the unreleased tension experienced by my entire body. Her Third Eye is drawing me closer.”

What do you think? Let us know your thoughts on Yuri’s poem, and your Doki Doki Literature Club theories, down in the comments below!

By reading through this guide, you should now know the full translation of Yuri’s third poem entitled mdpnfbo,jrfp in Doki Doki Literature Club.