With board game, card battle and puzzle elements, this mobile title is a rich mix. 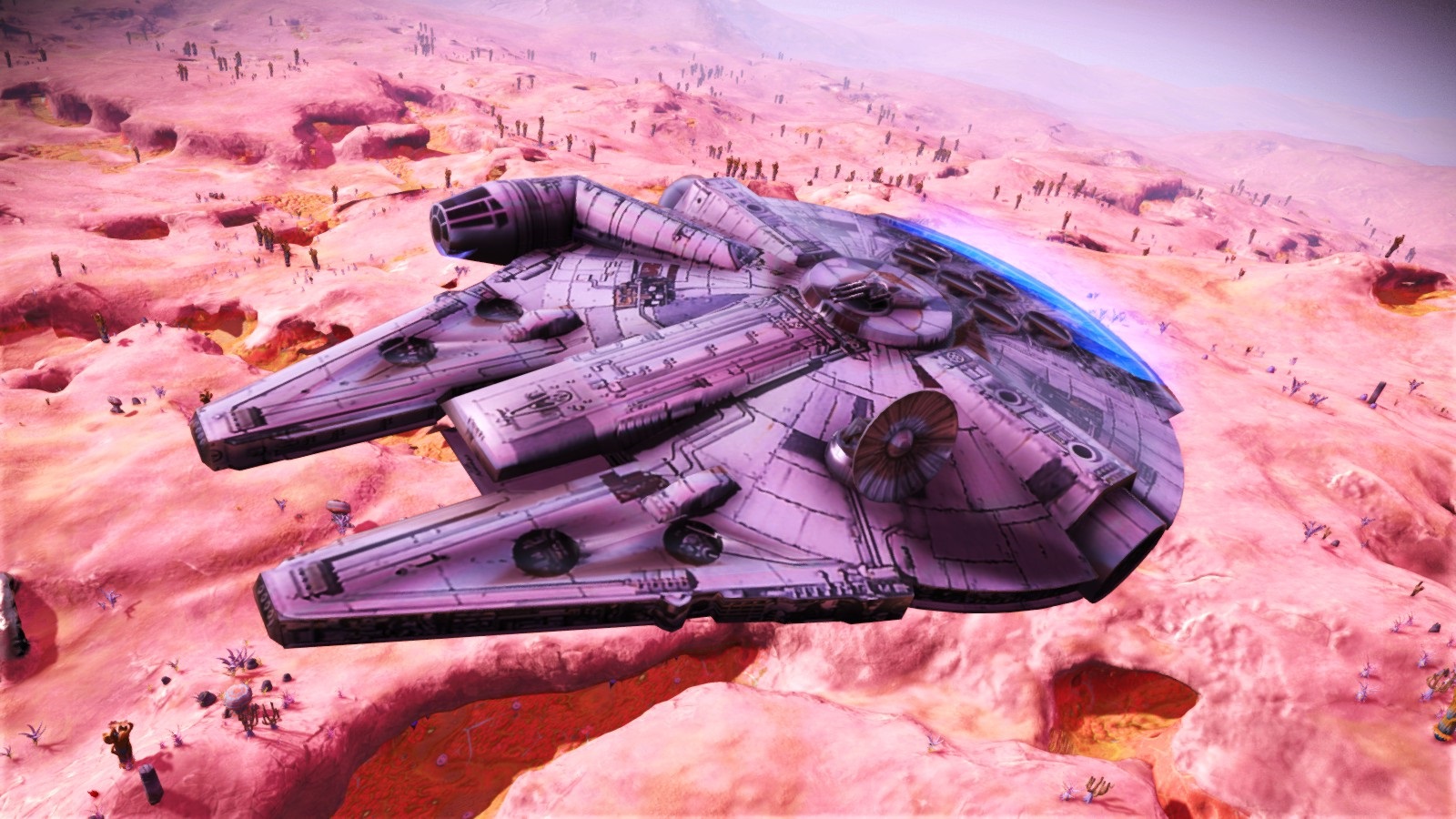 Increase your chance of bagging skins by smashing it up in the new modes!

One could easily argue that the vast procedurally-generated universe of No Man’s Sky is compelling enough all on its own, but if the presence of a few choice elements from the Star Wars franchise would help to enhance your enjoyment of the game, there’s a new fan-made mod which you should definitely check out.

The mod is called Morships for Atlas Rising (with Atlas Rising being the latest content update for No Man’s Sky) and it adds 16 new custom ships into the game for players to find. Two of the 16 included ships just happen to be Han Solo’s iconic smuggling vessel the Millennium Falcon and a Pod Racer from the Phantom Menace prequel film while the other 14 ships are more generic but still pretty cool-looking.

Due to the way the mod works, you won’t be able to simply spawn the new ships into your No Man’s Sky game, instead they’ll be procedurally generated much like the rest of the game’s space-faring vessels. This means that if you want to add any of the new ships to your collection, you’ll have to wait until you spot one docked on a landing pad or a space station so that you can purchase it from its current owner. It also means that these ships can appear as pirates to attack you, so here’s hoping you hold no reservations about having to potentially shoot the Millennium Falcon out of the sky.

The Morships for Atlas Rising mod can be downloaded via NexusMods. The mod was created and compiled by user Kermit DeFrog, but the individual ships were provided by a series of other modders (all of whom are credited on the main Morships page). One disclaimer which Kermit DeFrog notes is that if you uninstall the Morships mod, No Man’s Sky will crash to desktop if it tries to load a save file that contains any of the mod’s ships, so keep that in mind if you decide to give the mod a try.