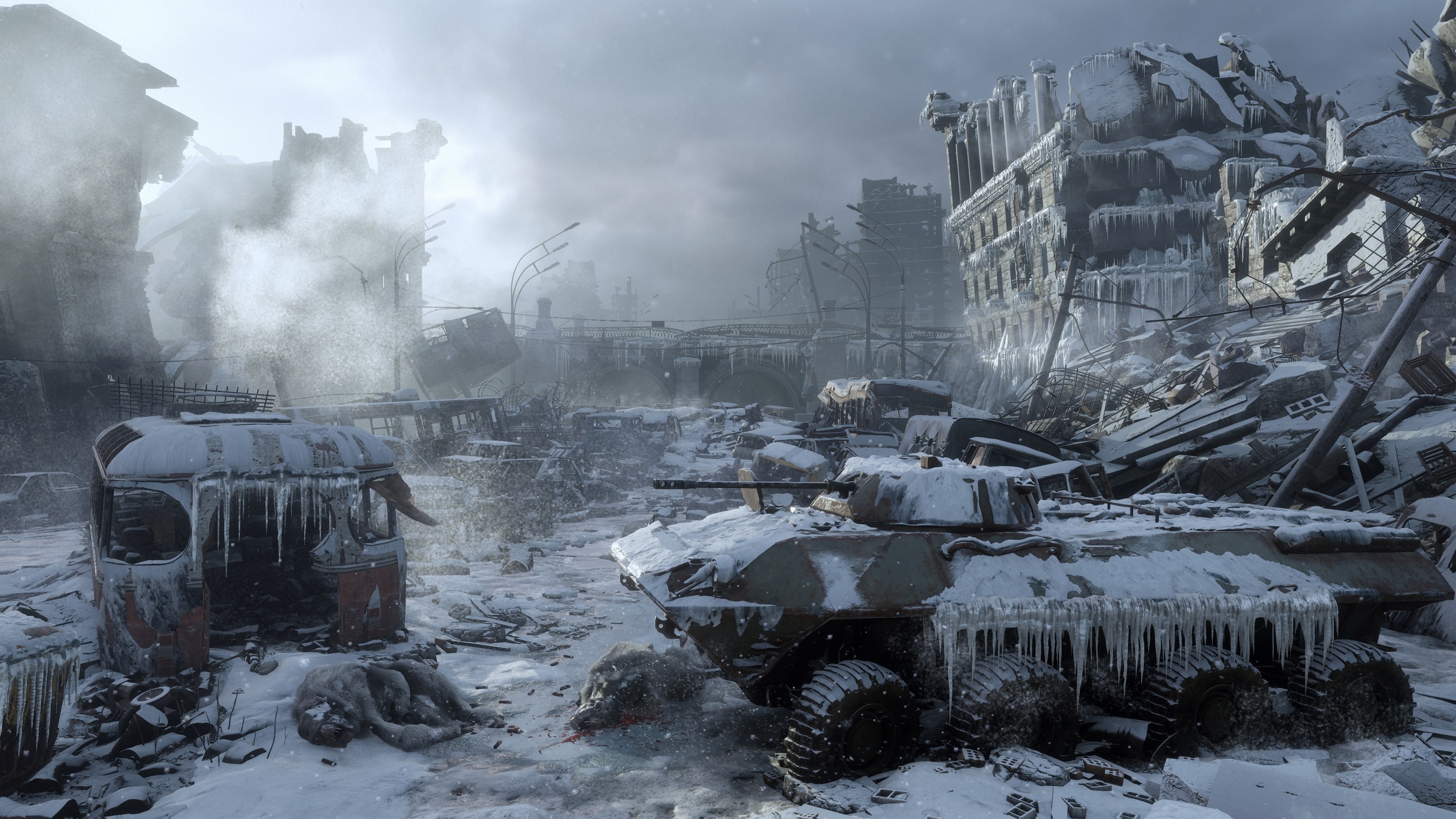 Metro Exodus, the latest game in the Metro series, was first revealed at E3 2017. During this year’s Game Awards, another exciting Metro Exodus trailer dropped, revealing a new glimpse at the bleak post-apocalyptic world that players will be able to explore.

The trailer does a great job highlighting how desolate the world of Moscow has become after being devastated by nuclear war over 20 years prior. In fact, the only strong sign of life we see in the new trailer centers around a train, which has apparently held up pretty well over the years.

Metro Exodus will reportedly pick up where Metro: Last Light ended, with players having the chance to play character Artyom once more. In addition to exploring more of the outside world in Metro Exodus (as opposed to the underground realm that dominates previous Metro titles), players will be able to eventually leave Moscow and explore brand new regions.

While Metro Exodus isn’t touted as an open world title, producer John Bloch did confirm that players will have more freedoms when it comes to exploring the world around them than previous titles. Of course, Metro Exodus will continue to give fans the strong narrative experience that’s key to the series. A series based off novels by author Dmitry Glukhovsky.

Metro Exodus is project to release sometime in Fall of 2018 for Xbox One, PlayStation 4, and PC. Knowing the dedicated attention to graphical detail that 4A Games places within each Metro game, Metro Exodus will likely be a must-buy game for the PS4 Pro and the newly released Xbox One X.

What do you think of the new Metro Exodus trailer? Let us know down in the comments below!