Check out the latest additions to Fortnite Battle Royale including a new inventory UI. 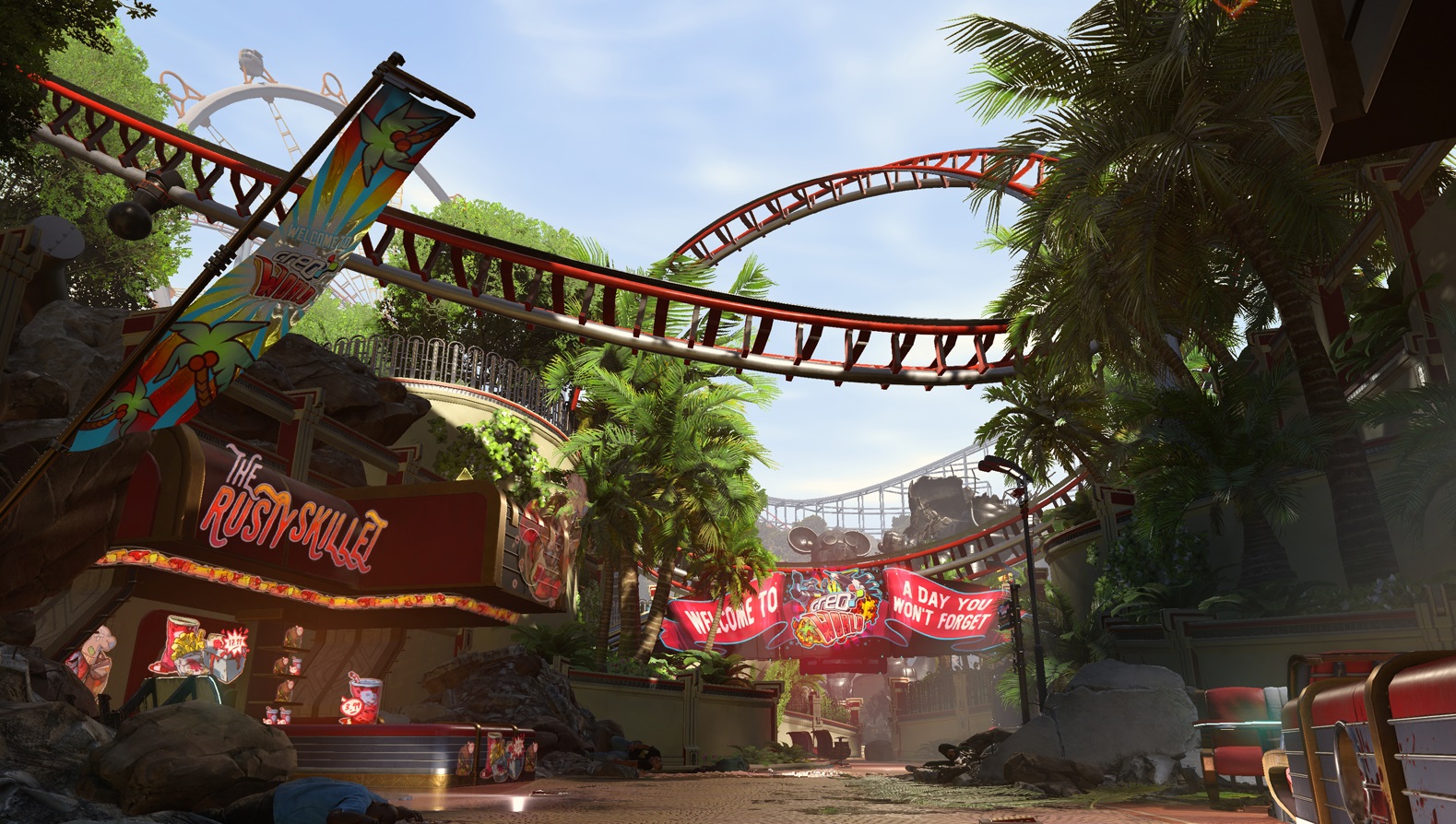 That fun-sized toy Funtime Freddy has an official name, too.

As a longtime lover of From Software’s Souls series and games which seek to emulate its distinct balance of challenge and immersion, I naturally found a lot to enjoy about Deck 13’s sci-fi RPG horror title The Surge, so much so that I ended up both starting and beating it over the recent Thanksgiving holiday.

Of course, my decision to finally play The Surge so close to the end of the year wasn’t coincidental, it was so the game could still be fresh in my mind (and my muscle memory) for the recently launched "A Walk in the Park" DLC, an optional side story of sorts which is definitely worth playing for those who enjoyed what the core game offered.

A quick note for those who are still working through The Surge’s core campaign and who want to play through A Walk in the Park: I’d recommend not beating the main story since doing so immediately shunts you into New Game+ and drastically ups the game’s difficulty.

In order to play A Walk in the Park, you must have access to certain parts of the core campaign and it’s a lot easier to access these areas in the basic difficulty setting than it is in New Game+. Also, I’d recommend being around level 45 or so before you attempt to tackle A Walk in the Park’s new content.

The Joys of CREO World

A Walk in the Park’s new CREO World setting (which can be reached through a new security gate in the base game’s R&D department level once the DLC is installed) is just as bright and twisted as you might have pictured it if you’ve been following the DLC’s pre-release marketing.

A sunny outdoor veneer and bright amusement park attractions contrast with the horrors that were unleashed on the park when the surge went off. A massive sinkhole dominates the park’s center, new audio logs contain the final words of attendees who tried (and often failed) to escape, and the goofy-looking animatronic mascots have been transformed into deadly AI zombies who will gladly tear you to shreds with their large goofy hands.

In short, while CREO World may be a little easier on the eyes than some of The Surge’s other locales, it is by no means any less deadly. Much like The Surge’s other levels, there’s an ops station that functions as a safe zone where you can upgrade protagonist Warren and craft/upgrade gear, various objectives strewn around the park which you need to complete, new weapons and exo suit types to find, deadly new enemy types to fight (including the aforementioned mascots), and two new bosses to best in single combat.

Best of all, CREO World has a mostly non-linear layout which means you can complete most of the DLC’s new objectives in any order you choose or simply wander around taking in the sights if you’d rather not rush things. The new weapons are mostly just slight variations of existing armaments, though there is one new addition in particular, a “ground launcher” of sorts which can send circular saw blades skidding across the ground towards distant enemies.

This is something which should help appease players who bemoaned the lack of ranged weapons in the base game. There’s even a loose story of sorts that both serves as a compelling standalone tale and also ties into the base game’s larger narrative, giving fans of The Surge’s lore and backstory plenty of incentive to venture into CREO World as well.

Come One, Come All

Overall, A Walk in the Park functions as an ideal piece of side content DLC, one which doesn’t feel mandatory to get the most out of the core game but which offers plenty of incentives for those who do decide to brave the dangers of CREO World.

It’s total gameplay length (about 2-4 hours depending on how much time you spend exploring) feels just right, the boss encounters aren’t too easy or too difficult (though the second boss can give you quite a run for your money if you’re not prepared), and the DLC’s new story folds seamlessly into the base game’s narrative, making an already solid game even better.

As I said before, if you liked The Surge on its own, there’s no reason not to give A Walk in the Park a try, especially if you’re looking for new challenges to overcome (just don’t say I didn’t warn you if you attempt the DLC on New Game+).