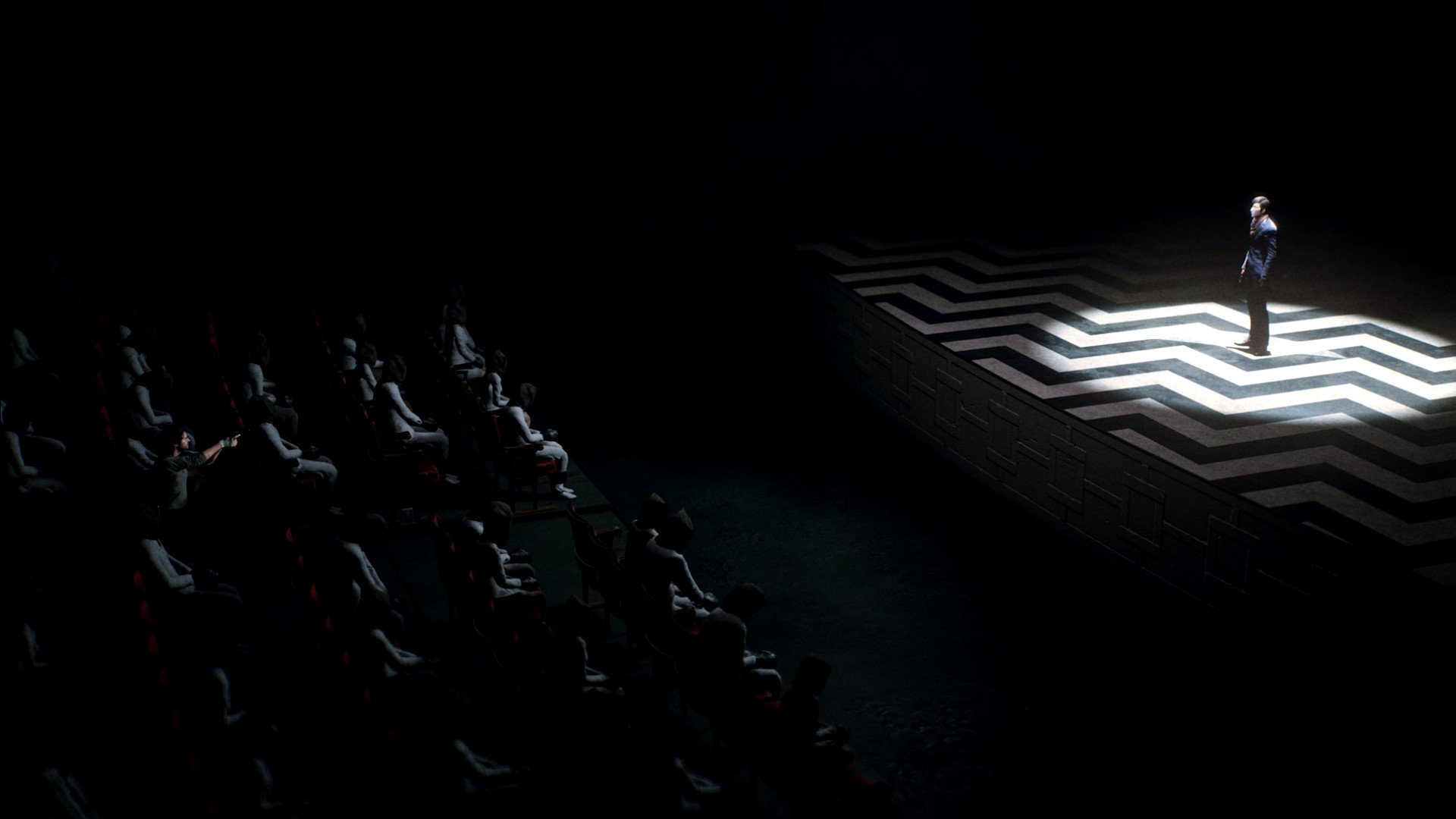 The Evil Within 2 review

It’s worth stating early that The Evil Within 2 is not a scary game. You’ll be hunted through collapsing streets by grotesque beasts and watch your daughter scream abuse while engulfed by flames. Very little of this will do much to spook you. Now, while that might come across in a negative light, especially with the game’s marketing so focussed on horror, it doesn’t feel like a  failing of the game itself. Tonally, The Evil Within 2 feels a lot more like Resident Evil 4’s b-movie, action-horror, and while it never quite reaches the heights of Shinji Mikami’s masterpiece, it’s still a fine game in its own right.

Picking up the pieces

The Evil Within 2 is a direct sequel to the first title, stepping back into the weary boots of Sebastian Castellanos. If, like us, you missed out on the original, it’s well worth reading up on the plot, as TEW2 holds little back from the get go. Sebastian is back to save the daughter he thought he’d lost, and within 10 minutes you’re rushed into hidden, illuminati-esque organisations, returning characters and shared, virtual dreaming. It’s a little overwhelming, but serves to get you back into the warped world of STEM as quickly as possible.

The virtual mindspace of STEM is a strange place, and while some of the mystery and fear is lost in knowing you’re in a simulation, it’s in playing with your physical sense of the world that TEW2 brings its best. Once you’re back in STEM, you’re subjected you to a sequence of macabre beauty. Set on the trail of a purple-suited psychopath, you find his victims frozen in death, endlessly looping the moment of their demise. A soldier, shot in the head, arcs backwards, blood curling into an impossibly perfect fibonacci spiral. It’s undeniably gross, but more than a little bit fascinating too. It’s clear than the developers love playing cinematography, and more than once the beauty of the game’s weirder sequences left us agape.

TEW2 also makes extensive use of non-euclidean space, playing with the physical boundaries of the world in the manner only video games can. Certainly, horror games have pulled the corridor trick before, letting you reach the end before turning round to find something has changed, but TEW2 puts in extra effort to toy with you in fun ways. Without mentioning specifics, this creates some of the game’s finest moments outside of combat.

After a period of warped psychosis, Sebastian escapes the clutches of a saw-wielding, grinning mass of bodies to find himself out on the streets of Union, and it’s in the shattered remnants of this virtual town that you’ll spend the majority of your time.

Much like its inhabitants, Union is broken. Modelled after an idyllic USA town, Union has been torn apart in a storm as the virtual world collapses. Unlike its predecessor, TEW2 offers broad environments to explore, but it isn’t quite an open-world game. Instead, Union has been split into a series of districts, connected via secret back tunnels known as the Marrow (read: secret laboratory). In the outdoor regions you’re tasked with locating the source of unknown signals on your Communicator (a handheld radio/Walkie Talkie) in the hunt for your daughter. Scattered throughout the level are weapons, tools and various bits of equipment, along with a few other survivors. Fortunately, your Communicator can be tuned to the frequency of side quest to help you secure that loot. The only problem? The streets are filled with zombies.

Early on, with only a pistol to your name, these shamblers can seem quite intimidating, requiring careful maneuvering between cover to avoid. But over time, and as you accrue more powerful weaponry, it quickly becomes apparent just how stupid most enemies are. Zombies follow simplistic patrol routes, and most can be dispatched through a single stealth attack. A detection notifier alerts you when enemies are on the lookout and the availability of noisy bottles to toss makes it simple to separate targets. Bushes render Sebastian almost entirely invisible and are widespread throughout levels, meaning before long you’ll feel far more hunter than hunted.

On most maps we found ourselves intentionally engaging enemies, and it’s entirely possible to eliminate every monster on the map, provided you’re conservative enough. Those looking for pure horror experience may be put off, but we found manipulating the dumb AI to be enjoyable throughout, especially given the satisfyingly stabby (if not very silent) stealth-kill animations..

If you do get spotted, the various nasties are decidedly lethal. Acid-spewing skeletons kill in a single hit if you get to close, and even the plainest zombies will down you in a few swings. This keeps the pressure high, encouraging you to plan in advance and isolate targets where you can. Experienced survival-horrorists will have an edge here, spotting traps before they’re sprung. Say, that upgrade just happens to be surrounded by dead bodies — wonder what’ll happen when we pick it up? Picking off each zombie in advance was reminiscent of Dead Space, stomping off the limbs of every corpse in the room to deter reanimation.

Sadly, this level of planning fell to the wayside during later stages when we discovered that even groups of enemies could easily be confused by running in and out of hedgerows. Conceal Sebastian for even a short time and enemies will revert to their hunting state, often setting up easy stealth kills. We like our zombies stupid, but maybe not that stupid.

On rare occasions the game forces you to face enemies head-on. Fortunately, the combat feels fantastic. We fell in love with the meatiness of the game’s first shotgun and it quickly became the go to oh-dear-everything’s-gone-a-bit-wrong weapon. A new crafting system will let you add upgrades as well as craft ammunition at benches or on the move (at an increased cost). It gives a great incentive to hunt out those extra resource caches and lets you invest in the weapon of your choice rather than relying on ammo you find. Just don’t get too trigger happy or you’ll quickly burn through resources.

One of TEW2’s most interesting strengths is in breaking both genre and gameplay conventions. Zombies aren’t the only things you’ll face in Union, and Sebastian is also haunted by an unstoppable, singing spectre. The game is more than happy to whisk you away unexpectedly to a new locale for a spot of dodge-the-ghost. With no means to fight back, these segments are the height of TEW2’s traditional horror. They arrive without warning and demonstrate the game’s desire to mix up the playbook.

One moment you might explore a gallery of bloody art while solving puzzles, the next you’re avoiding the sights of an oozing slime monster before returning to open-world stealth. At a key points you’ll even be thrown into first person or swapped to another character. It’s not flawless, but helps the game feel fresh over its 15-20hr length.

A narrative in limbo

Sadly, where TEW2 falls down is in its story. Again, much like Resi 4, the narrative is largely B-movie guff. But where Shinji Mikami’s previous work leaned heavily into the cheesiness of it’s plot, TEW2 just comes across as bland. It’s hard to care for Sebastian Castellanos’ generic, gruff man presentation, especially when the lead is often out-acted by the game’s surprisingly large supporting cast. In one sequence, Sebastian must confront his despair over failing to save his daughter. Naturally, this means fending off three muscled, flaming cadavers. The game’s plot is dumb, but it tries to paint over this with a serious demeanor that simply doesn’t work.

At times this veneer does break, allowing a glimpse of humour to break through. Take part in a shooting gallery or block-matching minigame and Sebastian screams ‘DISAPPOINTED!’ if you fail, or quips song lyrics back and forth with your eerie host. Try the coffee healing points in each safe house and Sebastian might comment on the cleanliness of the cup. Sadly, these moments are few, and largely ostracised from the story itself. As you progress, the frequency and length of cutscenes increases, but they fail to become any more engaging. Towards the end we found ourselves phone-checking during extended scenes, with even the most dramatic score failing to hold interest.

It doesn’t help that the game is split into two disconnected arcs, each with their own villain. After defeating the game’s primary antagonist in a mediocre bossfight, you’re immediately introduced to the next and expected to transfer your anger. In fact, including the sinister Mobius corporation, the game has three main villains, none of which is particularly convincing or memorable. The real story doesn’t even begin to unfold until the latter half, leaving the impression that the the former could well have been trimmed or even cut.

Other annoyances rise like ghouls from the great vault of survival-horror sins. Though not disastrous, the control scheme is undeniably frustrating at times, responding just too slowly in many instances. The contextual cover system proved so temperamental that, combined with it’s poorly chosen button mapping, we all but abandoned it for most of the game. The monsters and art, while undeniably cool and freaky, rely far too heavily on the tired horror-trope of the disfigured female form, often in a sexualised fashion. It’s not a huge issue, but comes at odds with the willingness to experiment in design elsewhere.

Surviving, even without the horror

At times, The Evil Within 2 feels dangerously close to retreading the mistakes of survival-horror games past, ditching the tension and scares for a more action-oriented approach. Fortunately, the game narrowly steers clear of these pitfalls by consistently shaking up its approach. Despite a tepid narrative, the whole work coalesces into a thoroughly enjoyable and surprisingly lengthy survival-horror romp. It might not be the thriller you’d expect, but The Evil Within 2 largely succeeds in being a real blast nonetheless.