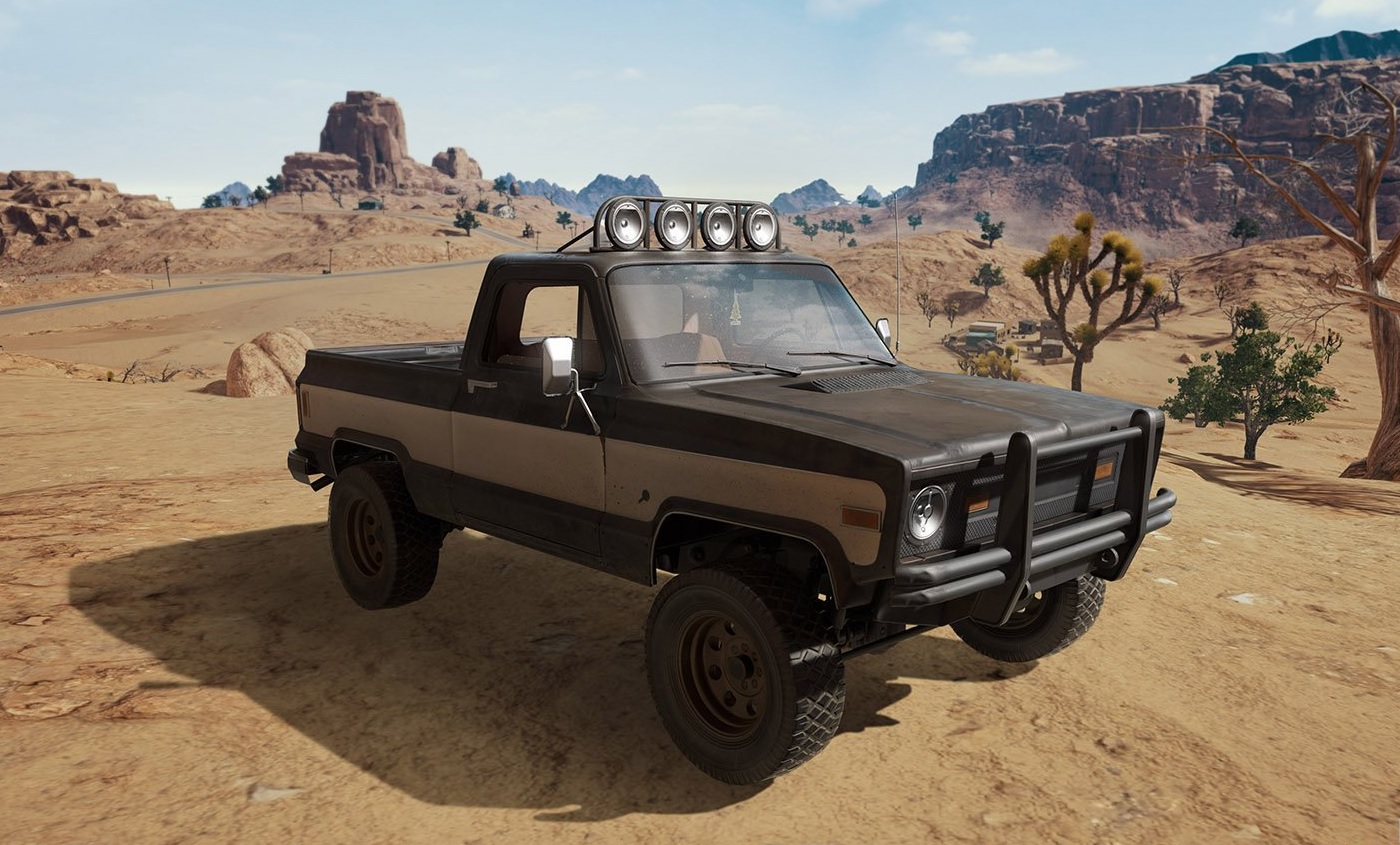 A look back at the Russian Colossus.

PlayerUnknown’s Battlegrounds has revealed yet another exclusive vehicle coming to the PUBG desert map. Today, the official PlayerUnknown’s Battlegrounds account tweeted an image of a new pickup truck, which is one of several exclusive vehicles coming to the PUBG desert map test servers, including the previously announced PUBG minibus. A tweet from the PUBG account last week also confirmed that a new sawed-off shotgun will be exclusively available in the desert map as well.

Today's tweet shows an image of a new pickup truck set within the arid landscape of the forthcoming PUBG desert map. There’s no confirmation as to whether players can ride in the back of the truck bed or not, but we’d be surprised if this isn’t a feature.

If you’re anxious to experience the desert map for yourself, PUBG has confirmed in a previous tweet that the desert map will be playable during the next round of testing once the PUBG test servers go live again. Until then, fans can get their desert map fix by watching the first ever PUBG desert map gameplay during The Game Awards on December 7.

The best part about these new exclusive items in PUBG is knowing that they won’t ever be offered in loot boxes, at least according to PUBG Corp. CEO, Changhan Kim. "As you may already know, we will never add anything that affects the gameplay. However, there is a relatively strong demand for cosmetic items. Since the official launch is our top priority, we plan on adding new items after that," says Kim.

There’s no official word yet on when the PUBG test servers will be live again, but we’ll be sure to keep you up to date as soon as details are announced.