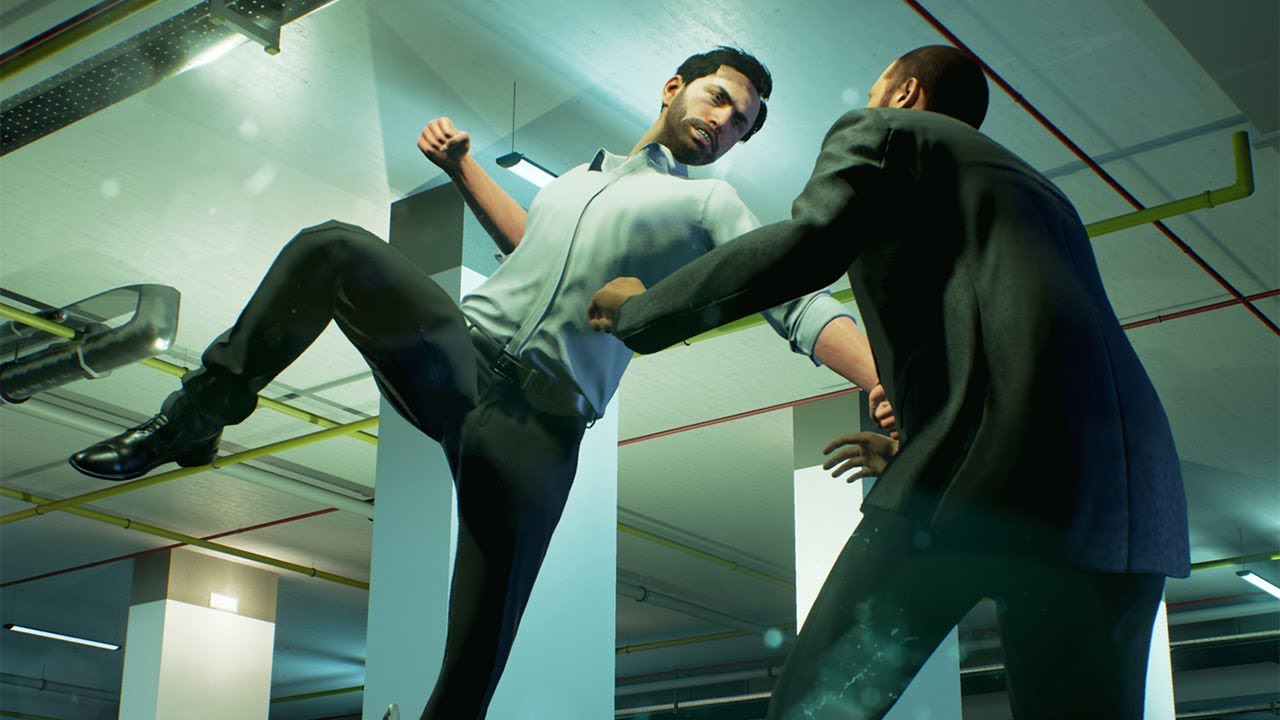 Back in February of this year, newly minted indie developer Phantom 8 announced it was working on its first full game. A few months later in July, it fully unveiled the game as Past Cure, a third-person action/thriller title about a former soldier named Ian who seeks revenge on the shady organization that performed experiments on him in secret. Experiments which granted him supernatural powers but which also broke his psyche.

Now, Phantom 8 has released a new gameplay preview trailer which showcases the various ways in which Ian will be able to exact said revenge. The trailer, which also features commentary from Phantom 8 animation artist Nick Mallinder, focuses on a single scenario within Past Cure’s narrative and the different gameplay methods players can employ to solve it and proceed.

Protagonist Ian finds himself hiding in a parking garage as enemy agents search for him, and it’s up to the player whether they want to bypass the agents completely using stealth, eliminate them quietly from the shadows, or just charge through guns blazing.

As Mallinder notes in the video, one of Ian’s most useful abilities is the “astral projection” he can send out into the world, a projection which is completely invisible to enemies, allowing the player to mark the locations of hostile NPC’s and cameras and even perform actions like remotely disabling the cameras, rendering them useless and also distracting nearby guards.

If Ian sneaks up behind an unaware enemy, he can take them out with both lethal and non-lethal stealth attacks, and another one of his abilities, time manipulation, causes enemies to briefly move in slow motion, handy for when you want to quickly approach them unseen and dispatch them before they can react. Of course, if all else fails, Ian’s training as a soldier means he is more than capable of defending himself with firearms and fisticuffs.

Mallinder warns that simply bum-rushing a pack of enemies is a great way to get Ian killed. However, clever use of the time manipulation ability can stack the odds in his favor, allowing Ian to line up a few headshots in the middle of a chaotic firefight or simply close the gap with a foe so that he can eliminate them with a few punches and kicks (the motion capture for the game’s melee combat was apparently recorded with the help of real-life MMA fighters).

You can watch the full gameplay preview video below:

Phantom 8 says that Past Cure should be launching early next year on February 2. The game will be available on PC via Steam and on both the PlayStation 4 and Xbox One consoles. Those who pre-order a physical copy of Past Cure will receive the game’s soundtrack as an added bonus, and digital pre-orders will reportedly come with a little something extra as well.

Although, Phantom 8 has yet to stipulate what that little something is (our guess is a digital copy of the game’s soundtrack, but for now we’ll have to wait and see). For more about both Phantom 8 and Past Cure, you can visit Phantom 8’s official website.